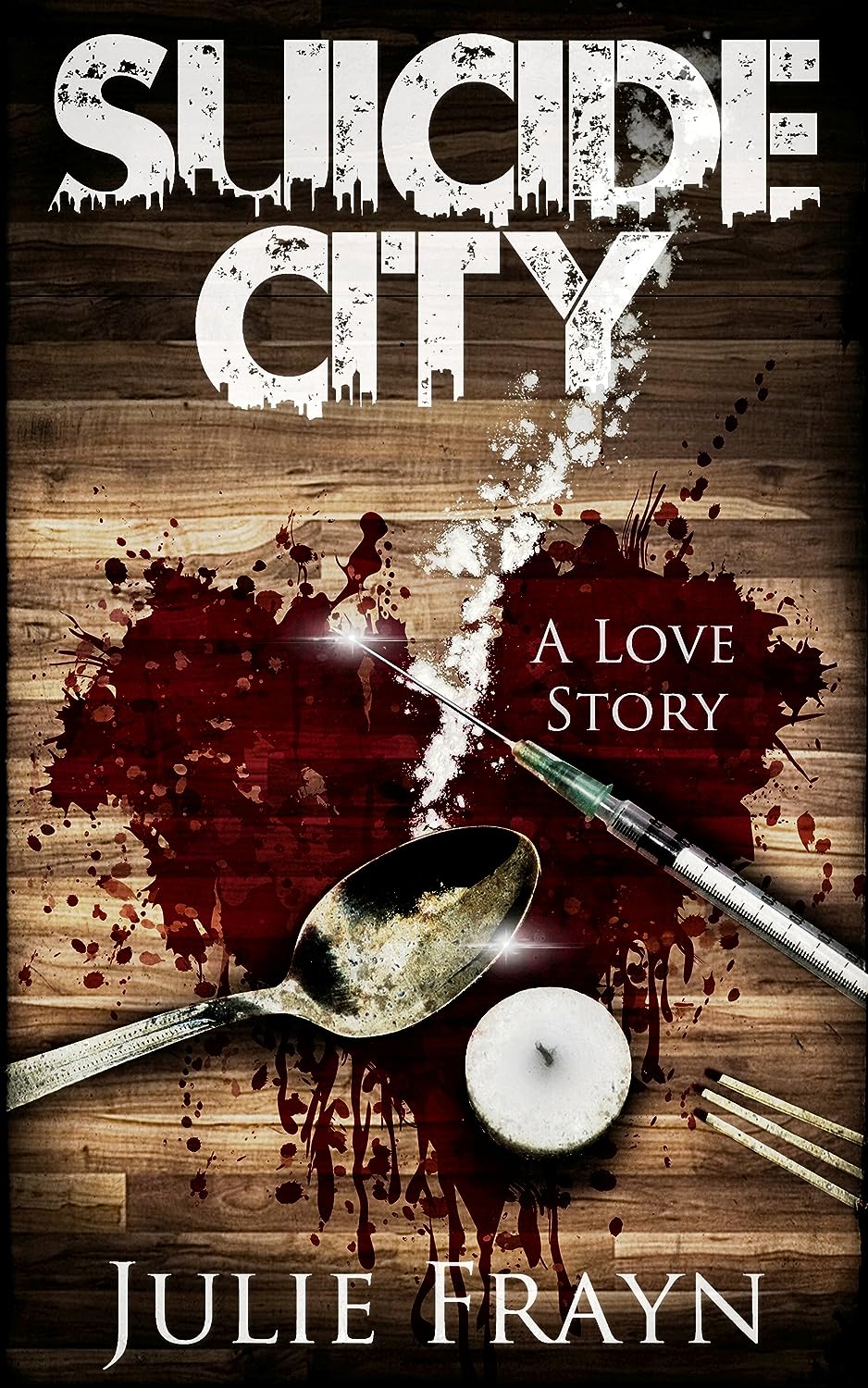 Sixteen-year-old August Bailey yearns for more than pig slop and cow shit. She fantasizes about an apartment in the city, not a tiny house on an Iowa farm. She dreams of new clothes and falling in love with a worthy boy. Not hand-me-downs from the second hand store in Hubble Falls, population two-and-a-half, or having her jock boyfriend grope her and push her for sex.

During another fight about makeup and boys, August’s controlling mother slaps her. And August hops the next bus out of town. She arrives in Charlesworth to discover that reality and fantasy don’t mix. After a night of gunfire and propositions from old, disgusting men, she is determined to find the ‘real city,’ the ‘real people’ of her dreams. To prove to her mother, and herself, that she is the adult she claims to be.

When her money runs out, she is ‘saved’ by seventeen-year-old Reese, a kind boy with electric eyes and a gentleman’s heart. Reese lives on the streets. Though clean for months, he battles heroin addiction and the compulsion to cut himself. Each day is a struggle to make the right choice. August falls in love with Reese, and knows her love can save him. She breaks down his emotional walls and he tells her his secrets – of abuse and the truth about his mother’s death.

As Reese’s feelings for August grow, so does the realization that keeping her could ruin her life too. Suicide City is an edgy young adult novel. Told from the points of view of August, Reese, and August’s mother, the story takes an honest and sometimes explicit look at some hard realities including teen homelessness, drug use, child abuse and prostitution. But at its heart, it is the story of first love – and the consequences of every choice made.

What Inspired You to Write Your Book?
I had a ‘what if’ moment sitting at a train station. The result was a short story that I wrote in 1998 for a creative writing course. My instructor told me the story was enough for a book. So I thought, why not? It took 15 years to get it out into the hands of readers, but I’m glad it finally made it. It’s my first novel, and I love it.

How Did You Come up With Your Characters?
August was inspired by my mother, albeit 70 years later in time. A farm girl who dreams of more, who has an itch that must be scratched. Reese was inspired by a young boy in my daughter’s grade one class. This is how I imagined he would turn out, given his family life and the sadness in his eyes.

Book Sample
Shimmers of heat emanated from the blacktop and the tongues of every leashed dog they passed hung from panting mouths. It was the kind of morning August’s grandfather would have fried an egg on the sidewalk, just because he could. He’d serve them up to his granddaughters on a piece of bread. Grit and dirt would crunch between her teeth with every bite.

August tied her shirt in a knot under her ribcage, exposing her belly to the breeze. Reese took off his jacket, unaware or not caring that the scars on his forearm stood out. No one seemed to notice. It was mid-morning before they found the others in the park.

“September, you look Daisy-Maelicious today!” Guy jumped to his feet and slapped his hands against his knees in a comic bumpkin dance.

August laughed, but Reese scowled. “Dude, you gotta stop teasing her. It’s starting to piss me off.”

“Be nice, she’s going to stick around for a while.” Reese put his arm around her waist and tugged her close to him. “Right?”

His skin was hot against her midriff, sticking in an instant when their sweat mingled. “Yes. Definitely.”

Reese plopped down onto the grass and kicked Ricki in the shin. “She’s one of us now, so back off.”

“Like hell she is. What’s she ever done but be little miss virgin perfect?” Ricki glowered at August. “You ever done anything wrong?”

“You ever steal anything?”

Her eyes darted around the group and she shook her head.

Amber lit a cigarette. “Give her a break. So what if she’s perfect? Somebody’s gotta be.”

“I’m not perfect. I ran away from home.”

“We’ve all run from something,” Amber said. “Or someone. But it’s a start. What else you got, honey?”

“I’ve been lying a lot lately. And I was dating a boy. That’s not allowed.”

Ricki threw her head back and laughed. “Oooh, dated a boy. You’re so badass. Did you fuck him?”

The heat rose in August’s cheeks. “No. But not for lack of him trying.”

“Shut it, Ricki.” Reese’s raised voice got everyone’s attention and they fell silent.

Guy tapped Reese’s arm with the back of his hand. “Maybe we should… Amber what’s that called when you have to do something to prove yourself?”

Guy nodded. “Yeah. We should make her do an initiation.”

About the Author:
Julie Frayn pens award-winning novels and short stories that pack a punch. And a few stabs. She has published three novels and one short, short story collection.

After years of writing on the down low, she finally came out as a full-fledged writer when she published her first novel in 2013. Suicide City, a Love Story began as a short story in 1998. That’s a pretty long incubation period! But with the first click of that publish button, she never looked back. She wrote and published two more novels in the next fifteen months, with a fourth well on the way.

When she isn’t working or writing, Julie spends as much time as possible with her two children (grown adults, really), while they still think she’s cool.