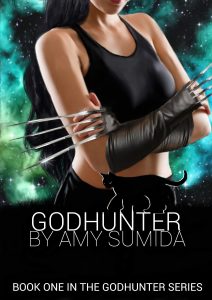 Myth and magic collide in this award-winning, action romance where gods manipulate the human race, and one witch stands against them. When Vervain uncovers the truth about the Gods, she is forced into the role of a vigilante witch; hunting the Gods before they can hunt her. But as the Godhunter falls deeper into the world of Immortals, she finds herself in the middle of war where she may just become humanity's greatest weapon... in the hands of a sexy, rebel god. Targeted Age Group:: … END_OF_DOCUMENT_TOKEN_TO_BE_REPLACED