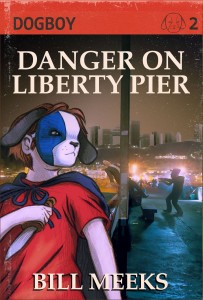 This book is bargain priced from 07/06/2014 until 07/31/2014 Sometimes the murder isn’t the mystery. Dogboy, aka Bronson Black, is Colta City’s 13-year-old superhero. After defeating the Guild of Thieves things have settled down for the mangy masked crimefighter…until he sees local businessman Dexter Stonehouse gunned down on Liberty Pier. When it appears an old family friend might be involved Dogboy jumps into action to unmask a killer. Does he have the guts to expose a man from his … END_OF_DOCUMENT_TOKEN_TO_BE_REPLACED