Sometimes the murder isn’t the mystery.

Dogboy, aka Bronson Black, is Colta City’s 13-year-old superhero. After defeating the Guild of Thieves things have settled down for the mangy masked crimefighter…until he sees local businessman Dexter Stonehouse gunned down on Liberty Pier.

When it appears an old family friend might be involved Dogboy jumps into action to unmask a killer. Does he have the guts to expose a man from his past, or will he ignore the evidence to learn more about his strange powers?

Meanwhile, girl reporter Cindy McNeil has a secret, and along with three other teens she’s hatching a plan to fight City Hall. But can Cindy lead a revolution without Bronson finding out? 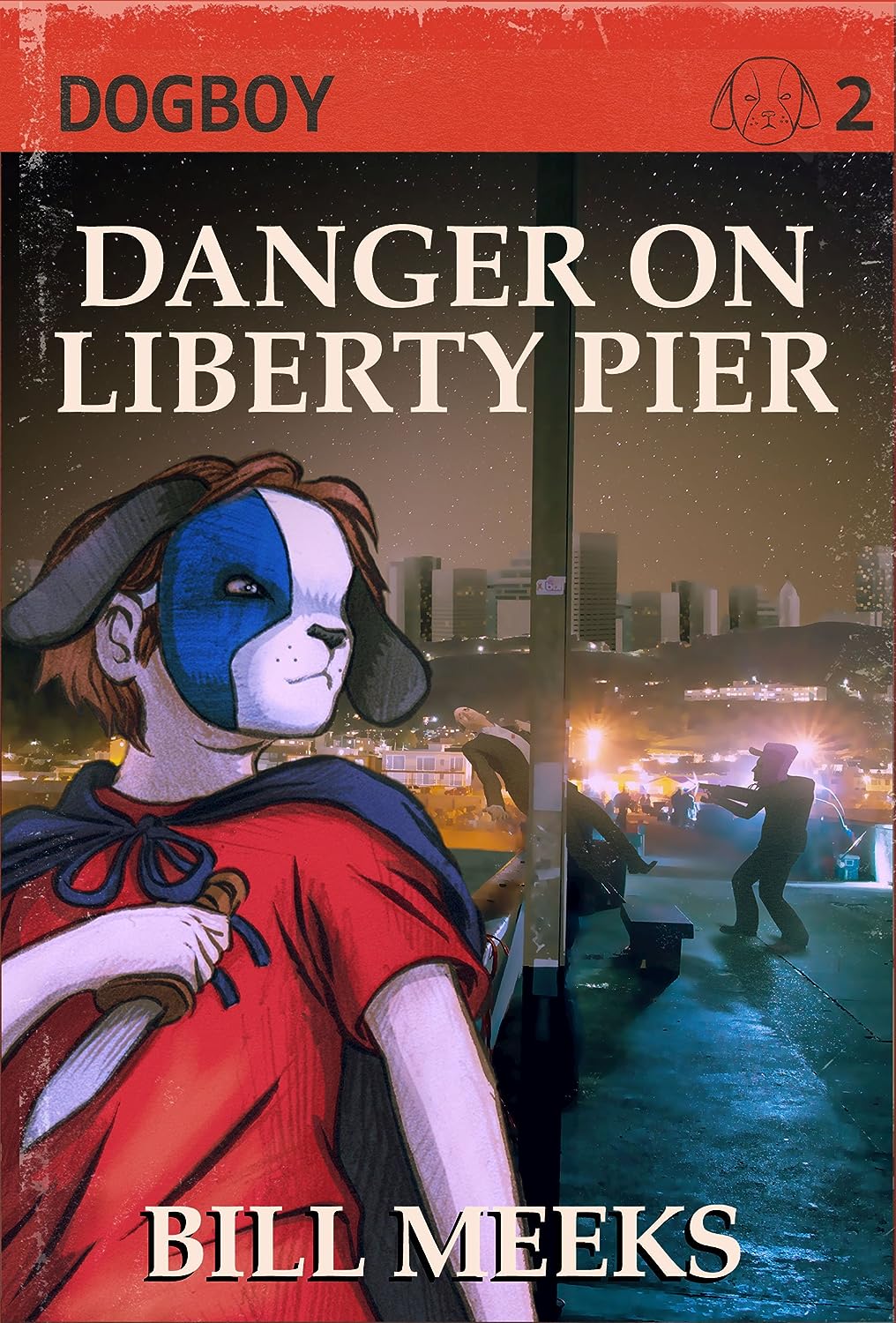 How is Writing In Your Genre Different from Others?
It’s tough to balance mature themes with a light tone sometimes.

What Advice Would You Give Aspiring Writers?
Go out and live, then come back and put it on the page.

What Inspired You to Write Your Book?
The Hardy Boys series was a big influence on this story, down to the title having the word ‘Danger’ in it. Lots of sailing and murder in here.

About the Author:
Bill Meeks is a video producer, writer, podcaster, and all around creator of stuff. He lives with his family in the suburbs of Atlanta, Georgia. His video work has been seen in international cinemas, on domestic television, and across the wider Internet. He considers himself to be the world’s biggest authority on Superman, but admits that he’s probably more like the 900th.