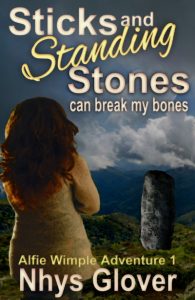 Sticks and Standing Stones Can Break My Bones by Nhys Glover A hunky enforcer for a crime boss fleas to the peace of the Yorkshire Dales to escape the voices in his head. A shy, over-weight ghost whisperer might be the only one who can help him. But she has problems of her own, not the least of which is a gateway to the underworld at the bottom of her garden that has just released an invisible dragon to wreaking havoc on the area. https://youtu.be/aVVuie5bTbc … END_OF_DOCUMENT_TOKEN_TO_BE_REPLACED 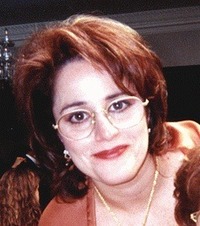 About Teresa Roblin: I'm a widow, and have two wonderful adults sons.We have a male Weimaraner called Shadow who thinks he's human. I'm the oldest of five children and come from a very large, very loud, Italian family. I have written 2 romances, Hocus Pocus and Now You See It. "Teresa has a tendency to daydream in class. She should pay more attention." That's what one of my elementary teachers wrote on my report card. I'm an adult now and I haven't changed a bit. In 2000, I started … END_OF_DOCUMENT_TOKEN_TO_BE_REPLACED

Ellie Reynolds runs a nail salon that caters to shifters of all varieties. The proverbial shift hits the fan when billionaire mogul Jackson Lawrence walks in the door and offers Ellie two million dollars to sell her shop. Ellie has no intention of selling out, especially to someone who plans to bulldoze her shop to the ground and replace it with a fast food joint. Their battle of wit and will is brought to a sudden halt when Jackson’s enemies appear, throwing them into a fight for their … END_OF_DOCUMENT_TOKEN_TO_BE_REPLACED 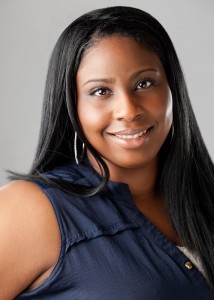 About Sugar Jamison: Sugar Jamison is a southern belle trapped in a New Yorker's body. With a love of big hair and high heeled shoes, she spends her day at her very normal day job and night dreaming up sweet but sassy romances. Sugar also writes steamier romances under the name Ginger Jamison. You can see what she's up to at http://www.sugarjamison.com/ What inspires you to write? I was always a day dreamer. In school I would pay more attention to the stories I made up in my head than what … END_OF_DOCUMENT_TOKEN_TO_BE_REPLACED

Rena Booker has always been a stickler for order, be it for business or play, while her sister loves to introduce her to a world of chaos. When Rena gets pushed in to what could be considered the world’s worst possible blind date, she comes home to a very handsome and accommodating babysitter. Kaden Richardson is recognized for being a calm and collected wolf, so much so, that he is the best option for taking care of children and pups alike. When his brother’s wife talks him into taking a one … END_OF_DOCUMENT_TOKEN_TO_BE_REPLACED

This book is bargain priced from 02/11/2014 until 02/23/2014 HIS CROWN. HIS CURVES. HIS FATED MATE. Lyla Redd has just stolen her last precious artifact from the Klamath Bear Clan. The curvy smuggler got away with it before, but she doesn't know serious danger can arrive anytime in big, dark, and very muscular packages. When werebear Alpha Nick Tunder lays eyes on the voluptuous beauty he's been sent to kill, he realizes the mission is a bust. Taking back his people's treasure is the … END_OF_DOCUMENT_TOKEN_TO_BE_REPLACED

This book is bargain priced from 01/15/2014 until 04/30/2014 Mitsy Collins is on her way to a gloriously happy life with her fiancee, but they have a few speed bumps to pass over in the form of his family. Her brave white knight cowers in fear of his stoic and stuffy parents, while one of his sisters is certifiable and the other is a Disney villain in disguise out to thwart their happy union. How will Mitsy survive the dirty looks, snide remarks, and tofu? Will she and Mr. Perkins be … END_OF_DOCUMENT_TOKEN_TO_BE_REPLACED

This book is bargain priced from 11/29/2013 until 12/17/2013 Judy Banger has a secret. She's no fan of Christmas. She's suffered through fifty-four of them and, too late, she discovers she's married to Wiley "Santa Claus" Canby. In four short months of marriage, Judy and Wiley have crossed off more items on their bucket list than most people do in four years. But, now it's December, and Wiley wants to throw a big, blow-out holiday party to show off his new wife. Unfortunately, Judy's never … END_OF_DOCUMENT_TOKEN_TO_BE_REPLACED