This book is bargain priced from 08/18/2014 until 09/30/2014 What if one day, you took a different path, a bridge over instead of under? Could that change everything? Could you ever go back? For college student Justin Mayer, an ordinary day turns extraordinary when he finds himself in a world like, yet fundamentally unlike his own. Narrowly escaping the clutches of a malevolent figure through the actions of a zealous band of rebels, he learns that this is a world ravaged by plague, and … END_OF_DOCUMENT_TOKEN_TO_BE_REPLACED 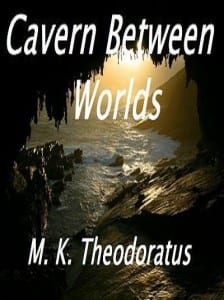 About your Book: Set in Ventura, Ca where sunshine and surf are a daily pleasure. But life isn't quite so laid back and carefree for all residents. Kenzie and Ali are at home drinking and smoking their way through another Friday night. Suddenly, Kenzie inexplicably finds himself out on the beach. Utterly confused, he returns home to Ali and plays down the incident, blaming their huge consumption of beer and marijuana. Things begin to get even stranger for Kenzie, but with the help of his … END_OF_DOCUMENT_TOKEN_TO_BE_REPLACED