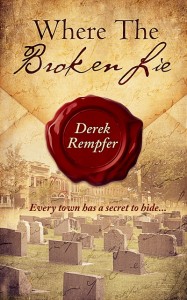 Who killed Katie Cooper? When Tucker returns to his hometown of Willow Grove to grieve the death of his infant son, memories of the murder of Katie, his childhood sweetheart, are ignited. In spite of her death being blamed on a mentally challenged drifter known as Slim Jim, Tucker wonders if the real killer is still out there. With new clues arriving through anonymous letters left at the graveyard, Tucker is certain that Katie's death is truly unsolved. While coming to terms with the loss of … END_OF_DOCUMENT_TOKEN_TO_BE_REPLACED

This book is written from my heart to help you stop drinking and get your life back on track. I understand what you are going through because much of my life used to be ruled by alcohol. For years I drank too much and too often. I was miserable and felt trapped. I hated waking up with a massive hangover wondering what I had done the night before. I thought that I just had to learn how to control my drinking and everything would be fine but in truth alcohol was controlling me. It stopped … END_OF_DOCUMENT_TOKEN_TO_BE_REPLACED