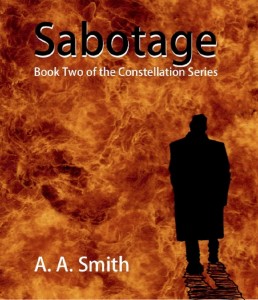 In Sabotage, the cold war between the United Earth Alliance and the Jarufani Commonwealth has become much more unpredictable. The UEA has become increasingly vulnerable to acts of terror from extremists who are devoted to the Jarufani religion, Laskvo. In an effort to create a less volatile environment, the UEA is sending a delegation to try and win over the Shakarians, a long time ally of the Jarufani. They are also sending an expeditionary group to a remote planet in an attempt to unlock … END_OF_DOCUMENT_TOKEN_TO_BE_REPLACED 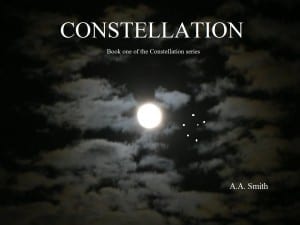 Constellation is an action packed, military spy thriller that will take you on an interstellar thrill ride. Humans and an alien race called the Jarufani are at a very fragile truce. The United Earth Alliance believes that the Jarufani are developing an outlawed super weapon that could threaten all life on Earth. Caught in the middle are Alondra Suarez and Lieutenant Avery Clark. Neither is ready for the danger they're about to face but they both have vital roles to play in this ongoing … END_OF_DOCUMENT_TOKEN_TO_BE_REPLACED