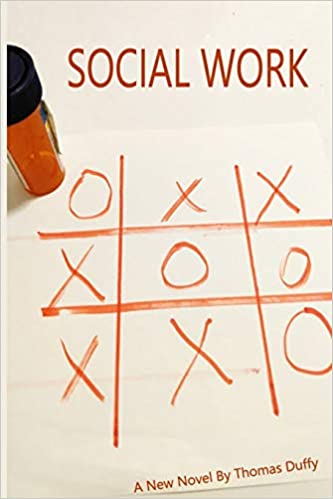 Social Work is Thomas Duffy’s seventh book. It is a moving story about a young man named Marc who meets a social worker named Lauren after his attempt at suicide. This story is an exploration of the bond between Marc and Lauren and the problems they face in trying to overcome the obstacles both of them experience trying to achieve their own personal happiness. It is set in New York City.

What Inspired You to Write Your Book?
I wrote this book because I struggled with depression for many years. Three years ago, I lost a good friend to suicide and wished I could have helped him. This book and its story line serve as hope for people struggling with depression and mental illness. It is a powerful story of the healing power of therapy. I wanted nothing more than to write this book which is a labor of love. It is as an example of how overcoming mental illness is possible.

How Did You Come up With Your Characters?
I created the social worker Lauren based on several caring health care professionals I had seen during the time I was struggling with depression. Marc is based on a combination of different characteristics of people with mental illness. I put a lot of myself and my friend into the character. A lot of his hopes and dreams I share myself.