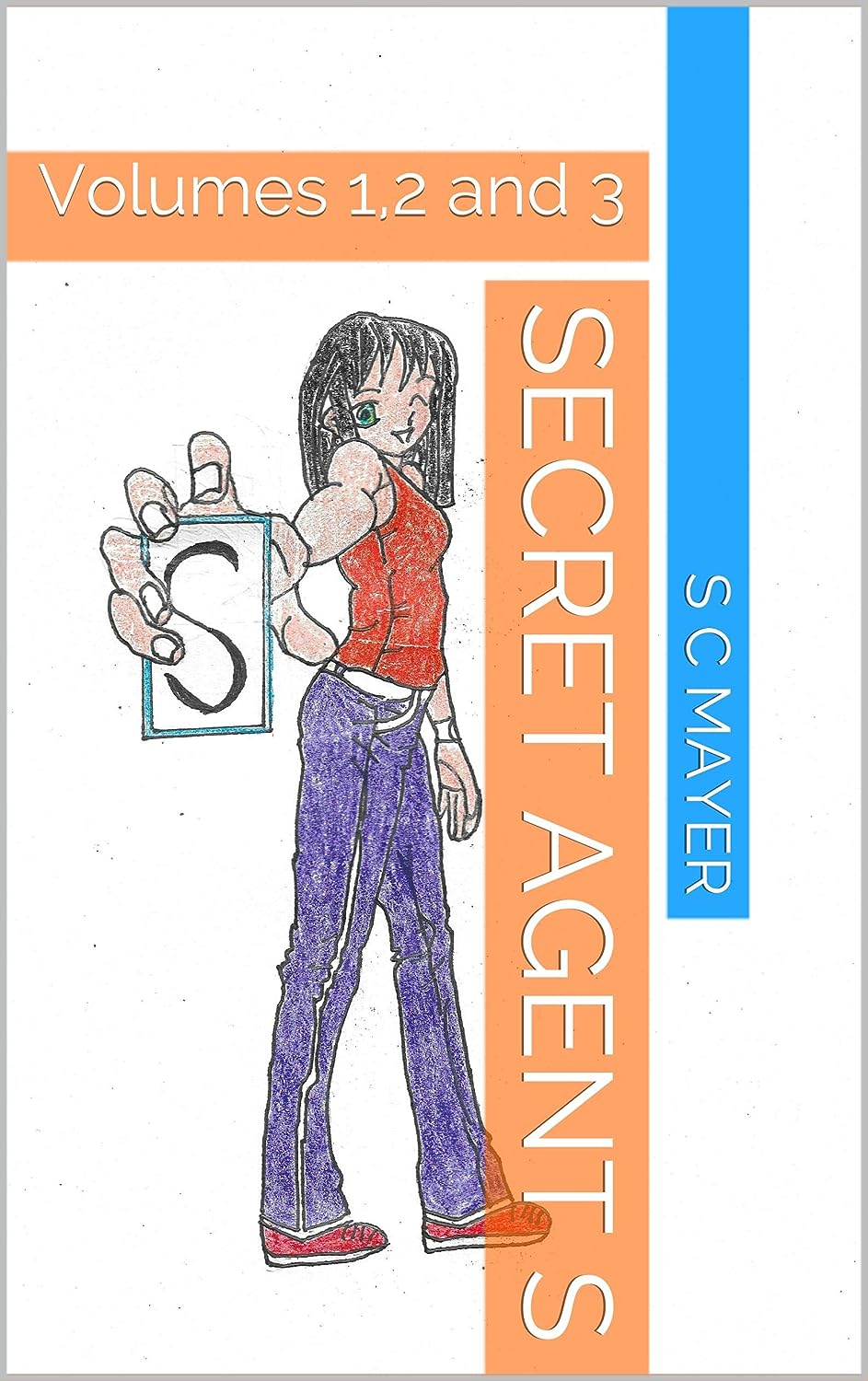 15 year old Serena Silver (Secret Agent S) is a gifted chemist who helps solve crimes for her Uncle Bruce and the Government. With the help of her best friend Derek and her pet cat, Mr No Name they have a series of adventures trying to foil the evil deeds of their arch enemy the dastardly Dr Misery. Chapter book suitable for readers aged 7 to 15.

What Inspired You to Write Your Book?
I always had wanted to write a mystery series for children and these characters and stories developed from ideas that had growing for some time.

How Did You Come up With Your Characters?
I wanted my main character, Serena Silver, to be clever but not arrogant. She needed to be friendly, helpful and smart but not able to solve the puzzles all on her own. She needs the help from her best friend Derek and her cat Mr No Name as well as resources from her government agency employee Uncle Bruce to help foil the villains. The development of her relationship with Derek puts a special twist into each volume.

The bright yellow liquid made a hissing noise and a wisp of smoke rose from the beaker just as three drops of blue formula dripped in.

“Cross your paws for me, this should be the last ingredient,” said Serena as she carefully stirred them together. The smoke turned a pale green and wispily rose out of the beaker.

“There we go, all done.” Serena wiped the back of her hand across her forehead and pushed her long black hair away from her green eyes.

“Come here you special cat,” said Serena as she reached to pick up the feline that was watching from the cat bed on the bench. “Isn’t your mummy clever, the invisibility formula’s all done?”

Mr No Name purred contentedly as Serena stroked his fur and snuggled her face into his neck.

“Shoot!” cursed a young male voice from outside the lab’s door. Serena’s lab was hidden underneath her dad’s garden shed. It was full of benches, glass beakers, test tubes, and electronic equipment. But it wasn’t as neat or as quiet as other chemical labs. Loud music was playing from her stereo and the computer monitor was tuned in to Serena’s favorite TV show. Cat toys were everywhere as well as a scratching post and a hideaway cage. Serena’s school bag was dumped in the corner.

“Quick, you better run and hide, it sounds like Derek is in a bad mood, and you know how you annoy him.” Serena placed Mr No Name on the bench and with an indignant look and a swish of his tail he jumped off and slowly made his way to his hideaway cage.

Laughter bubbled out of Serena when she saw Derek as her best friend buzz through the lab door. He was soaking wet. His brown hair that normally stood up was now plastered to his scalp and had turned dark. There was water dripping off his nose and his clothes were leaving puddles on the floor.

“Squelch, squelch,” went his shoes as he entered the lab.

“I guess it’s raining,” laughed Serena as she threw Derek a towel.

“Humph,” said Derek as he dumped his backpack on the floor and grabbed the towel and started rubbing his hair.
“Are you ok?” asked Serena.

“Is that your new formula?” he asked trying to squeeze the water out of his shirt.

“Yeah, I’ve just finished,” said Serena as she slipped a label on the beaker and stoppered it.

“Great, what’s this one for?” Derek took a seat and peered at the pale green liquid trying to fathom what ingredients went into the jar.

“Invisibility, neat hey?” Serena moved back to her bench stepping over the water puddle still growing from the drips falling from Derek’s clothing.

About the Author:
Sandra Mayer lives at the beautiful Gold Coast in Queensland Australia with her husband, two children and two dogs. After a lifetime career in retail she wanted to develop the creative side to her nature. After writing poetry as a child and now an avid lover of books, movies and reading the move as an adult into writing her own novels and screenplays seemed like second nature. AS well as reading and writing she enjoys walking along the beach and collecting shells: that’s only when you can pry the book out of her hands.