Ariella Lightharbour is heir to the crown with a nation at her feet but knows she’s meant for more. Forsaking her throne she chooses to become a Guardian. As she embarks on The Journey she must find the courage within herself to battle the deadly Ghost Raiders that murdered her father, discover the identity of the elusive shadow and fight to end the curse that threatens to overwhelm the land. Targeted Age Group:: 10-18 What Inspired You to Write Your Book? I have always loved stories. My … END_OF_DOCUMENT_TOKEN_TO_BE_REPLACED 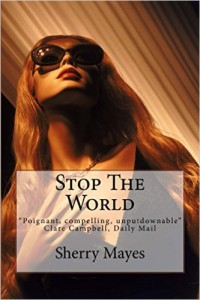 Set in the dusty desert town of Cedarville, North California, beauty queen, Jody Angel Taylor believes her life is all mapped out: glamorous, clever and popular, and due to marry her handsome boyfriend, she has it all. Until one night she has a devastating car crash, ending up paralyzed - and her perfect world collapses. Committing media suicide and publicly blamed for her own accident, everything around her falls apart. She becomes a lonely recluse, feeling she’s lost everything including her … END_OF_DOCUMENT_TOKEN_TO_BE_REPLACED

"A brisk, appealing story teeming with action and suspense. The narrative momentum is impressive and striking. A thoroughly animated fantasy, and a commendable series introduction." - Kirkus Reviews Tyler's Dream is a beautifully illustrated, clever Fantasy adventure about a boy who tries to outrun a nightmare. Tyler must navigate a series of twisted dreams as he runs from a great evil across a breathtaking landscape. With 18 stunning illustrations and maps, and several big surprises along … END_OF_DOCUMENT_TOKEN_TO_BE_REPLACED

15 year old Serena Silver (Secret Agent S) is a gifted chemist who helps solve crimes for her Uncle Bruce and the Government. With the help of her best friend Derek and her pet cat, Mr No Name they have a series of adventures trying to foil the evil deeds of their arch enemy the dastardly Dr Misery. Chapter book suitable for readers aged 7 to 15. Targeted Age Group:: 7 to 15 What Inspired You to Write Your Book? I always had wanted to write a mystery series for children and these … END_OF_DOCUMENT_TOKEN_TO_BE_REPLACED