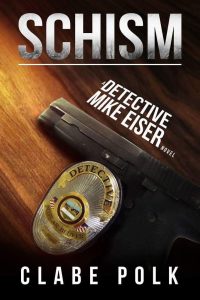 Kat Thomas thought she left gang violence behind in Atlanta when she fled to Poplar Bluffs. Now, many years later, the man who killed her son Quinton’s father has returned…and he wants Quinton for his gang The Raven Claws.
And he’s willing to go to any lengths to get him.
A criminal’s criminal, Milton “Mad Dog” Lincoln is a man even the cops fear. All except Detective Mike Eiser who’s seen Mad Dog’s kind before. It’s up to Eiser to protect Quinton.
But Mad Dog has an agenda. He undertakes a campaign of intimidation aimed at Quinton in which his friends and family are targets; and an agenda double-crossing his crooked gun-running Federal management team. Eiser, faced with stopping Mad Dog’s agenda, must accept vigilante help in the face of a pending four way gunfight with Mag Dog and his associates…and Kat, whose faith in men has been permanently destroyed, is determined that Mad Dog Lincoln will not win. Can Eiser and Kat Thomas together defeat Mad Dog Lincoln and the Raven Claws? Or will Mad Dog destroy Kat, Quinton and everyone around them?
Nothing prepares you for Mad Dog’s final play …or its consequences…and Kat’s left with something to help restore her faith.

What Inspired You to Write Your Book?
My books are about people who are victimized in some way; by growing criminal activities, by technology, by changing attitudes toward personal responsibility for one’s actions, by government or corporate actions, by age, by disease or by other factors. The Detective Mike Eiser Series poses the question “What happens when urban crimes common to a large metropolitan area spill into adjacent small towns and change their social environments?” Who are the victims? Who protects them? To what degree can they protect themselves?

How Did You Come up With Your Characters?
There are no super-heroes here; no one with extraordinary resources or backgrounds. My characters are real people fighting real battles with real limitations and determination in realistic circumstances. Their faith is tried and sometime fails; their courage sometime falters into tears. These are realistic people with realistic problems making realistic choices. Sometimes facing enemies together makes new friendships.

A pregnant woman stood washing dishes at the kitchen sink in a small duplex just off Bankhead Highway in urban Atlanta. Competing with sweat, tears ran down her cheeks as she faced the thought of bearing and raising her second child in the Bowen Homes Projects.
Her first, Jimmy, now two years old, played on the floor with an old cracked phonograph record and a baby book, laughing and throwing it the few inches his little arms could reach. The phonograph record had been broken before he was born when Kat Thomas’s husband, Frank Thomas, had thrown it at her in a drunken rage. That was the same night he left her. She never saw him again, although she heard through the grapevine that Frank had tried to enforce protection on a man that had blown his head off with a shotgun. Two and a half years later, she still didn’t care.
Kat, short for Kathryn Addison Thomas, had grown up in Atlanta’s infamous Bowen Homes Projects with her mother, a waitress at a local dive who spent much of her time dodging the groping fingers of ignorant classless lowlifes as she waited tables. Her father was an itinerant preacher who, when he wasn’t drunk, preached in tiny corner mission churches, then on the street corners themselves. Later, unable to overcome the drink, he would pass out and be gone for days.
Kat’s husband Frank was a small time thug enforcing a protection racket for a gang. They’d grown up next door to each other in the projects. One day she went out with him against her better judgment and wound up pregnant with Jimmy. They moved in together, and although he beat her when he was drunk, she had learned to live with his drunkenness, partly because she was starved for love, and also because she knew Jimmy would need a father. When she was three months pregnant, Frank was sent to jail for a short stretch. When he got out, his abuse increased right up until the night he left them. Jimmy never knew his father.
Knowing the pain of rejection, abuse, and loss, Kat never wanted to feel those things again. Neither did she want her son to ever feel them. For two years, she struggled with little hope, keeping her head down and caring for Jimmy while rival gangs fought over turf all around her and drugs flowed through the hood like flood waters. Eventually, she met another man, Sylvester “Silly” Brown, who made her feel like the most beautiful woman in the world. He was part of the inner circle of an infamous Atlanta narcotics operation, the Westside Dragons. Even though Sylvester was a thug, to her, he was everything that Frank wasn’t. Soon, she was pregnant with Quinton and the reality of living as a single mother of two babies in the Bowen Projects sank deeply into Kat’s mind. Sylvester said he loved her and wanted to marry her.
Standing at the sink, she allowed herself to dream of a tiny summer wedding after Quinton was born, with white flowers and Sylvester in a tux, Jimmy toddling along with the ring. Her tears, although they were happy, were seasoned with bitter reality.

MAD DOG “MD” LINCOLN looked over the three cars parked along the street; his cars, filled with his ‘niggas’, all loyal members of the Raven’s Claws, a street gang looking to expand their drug distribution network into the Bowen Projects. To do that, they would have to displace the West Side Dragons, who were firmly in control of the Bowen ‘hood. The war had progressed for some time with casualties on both sides, but tonight, Mad Dog Lincoln, a Claws lieutenant, was determined to seize control of Bowen for the Claws once and for all. Some of the Claws would not be happy about tonight. After all, not all of the Claws agreed with Mad Dog’s direct militant approach to gang politics or his downright violent approach to inter-gang relations, but his followers were loyal. Sitting on the cars drinking from bottles of whisky and beer, toking up on pot, armed and to the teeth, they were determined to strike a blow for the Claws.

Blue neon signs flickered in a sign that announced the “The Foxy Lady Lounge” on Bankhead Highway. Those inside were already occupied by the strippers dancing on the tables and those outside were either passersby or headed inside to be occupied by the same strippers. Three or four men were normally passed out in the parking lot, but tonight there were none. Tonight, the leadership of the Westside Dragons was here for a meeting and the gang members were out in force for security. True to form, the members of the security team were either drunk or drugged in the parking lot. Breaking up the meeting about nine o’clock, the governing board had a final round of drinks and headed outside to where a lone Raven Claw hidden in a car across the street dialed a cell phone.
When the Dragons’ governing board emerged from the bar, Mad Dog’s caravan swept through the parking lot with shotguns and semi-automatic weapons blazing. There were multiple injuries inside the Foxy Lady from more than one hundred rounds that penetrated the walls. No one outside was left standing. The Dragon leadership was massacred; the Claws were triumphant.

Kat heard the gunfire from her kitchen sink, her hands grasping the counter with white knuckles. No one had to tell her what had happened. She knew from hard experience and from the direction of the sound exactly where the shooting had occurred, and she had a good idea who was doing the shooting. She also knew that Sylvester was there. Choking back sobs, she knew in her heart that Sylvester was gone…dead…shot down in a senseless power play by Mad Dog Lincoln and the Raven’s Claws, long before she ever knew it to be true.

“Oh, God,” she prayed, “Please let me live long enough ta get mah children out o’ this place!”
That night, she began working to move her small family out of Atlanta, but Jimmy would be four years old, and Quinton two before she could start a new life in Poplar Bluffs.