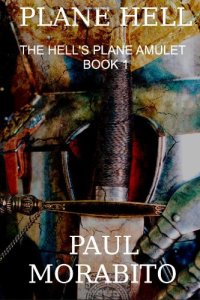 The Kingdom’s of Auria and Falruff alike, become flooded with an unknown source of demon-breed. The alliance does everything in its power to assemble the greatest warriors from across the lands in hopes of pinpointing the source of these disturbances. Knowing that the powers of evil and the forces of the parallel Planes of Hell are too much for the alliance to handle alone, they take on a new task of acquiring allies. Ordered by the High Counselor of the Kingdom, and led by the Keeper Of The Realm, the heroes carry out their assignments with cunning intellectual wit and refined skills of combat. The expertise of brave warriors and the concealed history and talents of a young boy, brings them closer to their goal. They soon realize, however, that the hunt for an ancient artifact becomes the death of them. With confrontations from superior Demon-Lords, their numbers dwindle drastically. Not only do they face unbeatable odds against their enemies, but they also begin to find the weaknesses that dwell deep within themselves.

What Inspired You to Write Your Book?
I was always interested in writing an epic adventure series and thought I would chose my favorite genre to do it in. As a young boy I was always intrigued by Fiction Fantasy, knights and magic.

How Did You Come up With Your Characters?
These are characters I always dreamt about that would exist in this time period and setting. Most characters have my strengths and weaknesses subconsciously entwined within.

About the Author:
Paul Morabito is an American born fiction/nonfiction author that was raised in a close knit Italian-American family in the state of New Jersey where pasta and meatball Sundays were always commonplace. He had an amazing childhood until the sudden tragic death of his dear brother, Carmelo. It was this event that stirred the will and desire to succeed physically, mentally and artistically to make his brother and family proud. Paul took on and enjoyed martial arts where he excelled at a very young age. Determined to find another passion, Paul stumbled upon chess and another hidden musical talent which made him form a local band with childhood friends. He soon mastered and played lead guitar which became an extension of himself for many years to come as an accomplished musician. His love for music grew and still remains to this day as does his desire to release a solo album in the future.

On the path to achieving a degree in pharmacy, Paul discovered a great interest in English Literature where he focused on masterpiece tragedies and works such as those written by Shakespeare, Chaucer, and Poe. Little was known that this would spark a fire of inspiration to jump into the world of writing where creative minds blossom and run free. His career took over a decade long hiatus but was blessed with two beautiful princesses who are his everything. The urge to continue with his dream led to the release of two latest projects in the same year, both stemming from an Evangelical Christian background. The author’s faith in God remains strong and he entrusts his life, children and career in His hands. Paul plans to continue writing across all fictional genres and start filming his first cinematic production.