You are here: Home / Bargains and Freebies / Bargain Books Under $3 / Philippines Culture Shock Is Unbelievable by Paul Fussell

When author Paul Fussell was asked to go to the Philippines on a moment’s notice, he dropped into a cultural shock even though his business had previously taken him all over the world. “Americans take for granted things that are a luxury in other parts of the world. We are not expecting such beautiful people with such nasty habits”. Toilet paper is a rarity. In this book he describes what he learned on multiple trips by sharing his real life experiences while traveling and staying in the Philippines. Your health and well being are at risk if you do not read his book. What he discovered and solved about hygiene and etiquette will show you how to survive in a world that is unbelievable. He shows you how to stay well and what to do to accomplish staying well while you are there. If you don’t take his advice, it is almost certain you will get sick. The author dealt with the cultural mind set of the people. He describe why folks lie to you, and why. You won’t believe the reason. The reader is enlightened on subject matters not talked about in any travel book or advisory. Find out how to avoid getting scammed by local taxi drivers and other do’s and don’ts. Immigration laws are goofy. You learn how to avoid the problems encountered by the author. But when He gets there, he not only battles the normal cultural differences in the day to day routines, but he has to battle a world of experiences you are not expecting when it comes to American common sense expectations like health, diet, fitness. He also gets into subjects of how Ethics, morality and even Social psychology of relations and interactions. He wants to help enlighten those people who want to go to Asia or the Philippines and have an enjoyable experience without encountering the cultural shock he experienced. It doesn’t matter if you are a tourist, business person, military, church missionaries or a person moving there to live. He wants to save those people from the horrible experience that isn’t necessary. A simple remedy in this books shows you how to avoid his experience. In his words, “I’ve went thru the learning curve, it’s not necessary for anyone else.” If you are a professional trying to do business with a Filipino business, understanding the cultural mind set is vital whether you intend to go to Asia or not. Appointments can surprise you. Who is meeting you where and when, whether going to them or they coming to you can upset your schedule. In their world, arriving 2 to 4 hours late is acceptable. Their psychology is “they arrived, what is the big deal? I’m here now!” They have no sense of our social ethics and protocol. This book is not only informative, but it is entertaining. The author illustrates how he solves the problems in his real life experiences, and how you can be proactive and avoid any issues that could ruin your trip or relations. 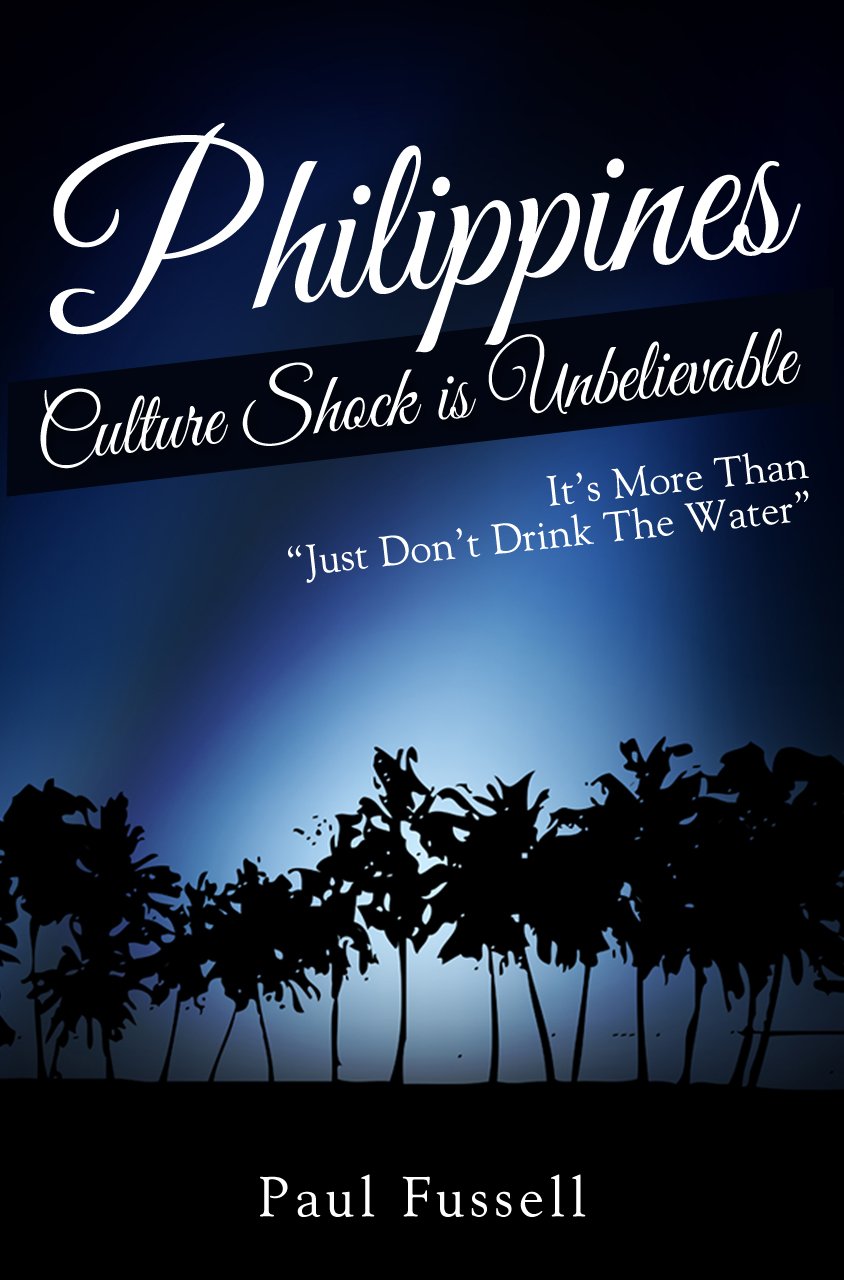 About the Author:
Paul Fussell has traveled the world traveler representing the locating business. Over the 12 years’ of travel, he has been exposed to many adventures with colorful people secreted into the diverse destinations.

As a consultant for Underground Discovery Inc. (undergrounddiscovery.com) and other equipment companies, Paul hears from characters living all over the planet. As a consultant, he is asked to locate ore deposits, minerals, rare-earths, precious metals such as gold, silver, platinum in their natural or refined forms. Treasure is usually the arterial motive but the last to be said out loud. Every job is viewed as 100% successful. Paul has saved clients hundreds of thousands of dollars by letting them know what is or what isn’t there for them to dig.

Paul has been exposed to the different third world cultures all over the world. He traveled to Philippines numerous times for extended stays. After getting sick several times every trip, Paul discovered why. That’s when he decided to write his first book on why a visitor gets sick and how to keep from getting sick in Asia, PHILIPPINES CULTURE SHOCK IS UNBELEIVABLE.
He gives you a very simple and inexpensive remedies in the book to keep you from getting sick, including but not limited to the Flu, MRSA, staph, and food poisoning. And it The tips Paul offers will work anywhere you travel including here in the US.

Paul’s next book and it’s about his adventures with finding Treasure! This book is about one of the largest treasure in modern times. A real life adventure/thriller and true story , Paul was thrown smack dab in the middle of mystery, intrigue, skullduggery and deceit.

There was 2500 metric tons of GOLD, that has mysteriously disappeared. This documented TREASURE mystery now has a few chapters of who, how, and why. Your imagination would be stretched to believe where this story goes. Look for this book to be available late February, to early March 2014. Keep checking back. Watch for my special offer and a way for you to download it for free before it goes on sale to the public.