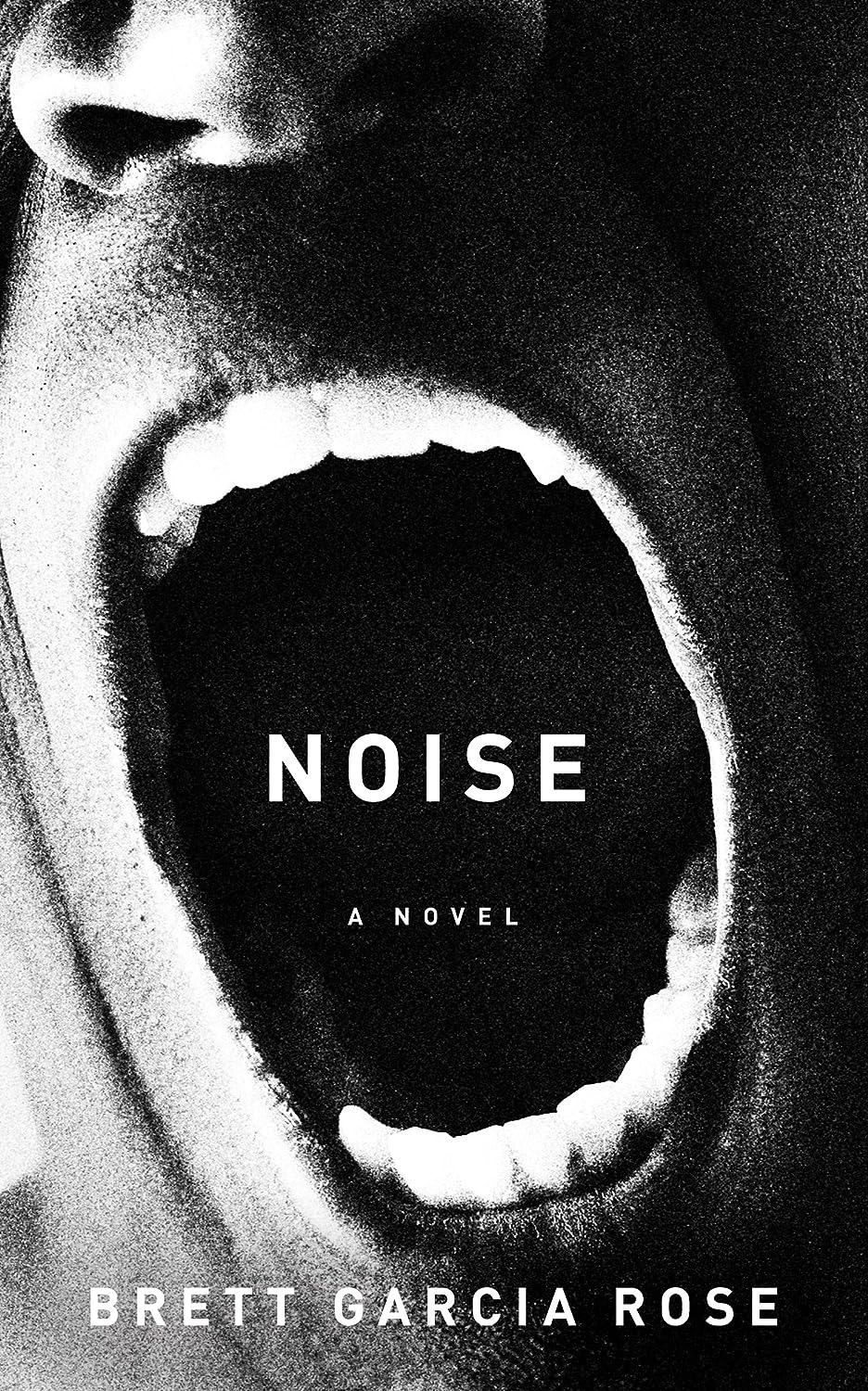 Noise was published in June 2014 and is available for sale on Amazon (http://www.amazon.com/Noise-Brett-Garcia-Rose-ebook/dp/B00KYY4MM4). Genres: Action, Adventure, Mystery

The world is an ugly place, and I can tell you now, I fit in just fine.

Lily is the only person Leon ever loved. When she left a suicide note and disappeared into a murky lake ten years ago, she left him alone, drifting through a silent landscape.

A postcard in her handwriting pulls Leon to the winter-cold concrete heart of New York City. What he discovers unleashes a deadly rage that has no sound.

A grisly trail of clues leads to The Bear, the sadistic Russian crime lord who traffics in human flesh. The police—some corrupt, some merely compromised—are of little help. They don’t like Leon’s methods, or the mess he leaves in his wake.

Leon is deaf, but no sane person would ever call him disabled. He survived as a child on the merciless streets of Nigeria. He misses nothing. He feels no remorse. The only direction he’s ever known is forward.

He will not stop until he knows.

What Inspired You to Write Your Book?
I was a stutterer until I was 30 years old. I think that was the primary driving factor behind the deaf character in Noise. I started the book when I moved to an apartment in Miami Beach. I hadn’t planned to write a novel at all, but I was immediately lost living there. It’s a loud, unpleasant place; the building itself was beautiful, but everyone was drunk, on drugs, on vacation, obsessed with duck faces and Instagram, and I felt isolated. So I stuck in my earplugs and sat by the water every evening to write. 4 months later, I had completed the first draft of Noise.

How Did You Come up With Your Characters?
The main character is Leon. Leon is a deaf adoptee from Nigeria who came to the American South when he was 9 from a violent childhood. He is a classic loner, very quiet, very sad, and unusually even-tempered. Part of what sucks him into this violent spiral is the deafness itself, as he just plods ahead alone, having lived his entire life that way. Lucky for him, he’s also pretty big. And it does end on an emotional note for him, which was nice, but not so easy to do.

Book Sample
The sounds I cannot hear: The whistle of the hammer as it arcs through the air. The wailing of pain and the begging of The Bear. The dripping of blood from thawing meat onto the wet concrete floor. The beautifully crude threats.

My own hideous voice.

I drag The Bear into a walk-in freezer by the hook sunk through his shoulder and toss him into a corner on the floor. When I reenter the freezer, dragging the oak table behind me, The Bear is hard at work on the hook, trying to muscle it out, but it’s sunk deep, through the tendons. Hope is adrenaline, fear masks pain, begging helps no one.

I yank him up by the hook and then hold his hands outstretched, one at a time, as I nail his wrists to the table with railroad spikes. I put all of my 240 pounds behind the hammer, but even so, it takes several swings. His body shakes, the nails sink further into the wood, his face is pain. He screams, but I cannot hear.

The building above burns a deep blue hue with my smuggled-in accelerants.

The sound of the hammer into The Bear. The pain in his eyes. I have never seen so much hatred. It is beautiful to me, to reach this center, this uncomplicated base, to disassemble the past and honor a new history. It is another film, also homemade and rough, an overlay, an epilogue. The Bear is broken but I have spared his face, and to see those eyes, that is what I needed; to see his hatred flow into me, my own eyes sucking down the scum like bathtub drains. His life whirls into me and I taste the fear, the hope, the sharp sting of adrenaline pumping and the reeking muck of despair. His pain soothes me, a slow, thick poison. We will all die.

I know it now; I am a broken man. I always was. I imagine Lily watching me, Lily keeping score, making lists, balancing all. As a child from far away, she was the queen, even more so than her mother. But she didn’t survive. The world was not as we had imagined, not even close. The world is a cruel, bastard place, Lily cold and lost somewhere, me hot and bleeding and swinging my hammer. Life as it is, not as we wish it to be.

Lily is dead. I am dead. It will never be enough.

I remove the stack of photos from my wallet that I’d printed at the Internet café a lifetime ago and place them face down on the table in front of The Bear. I draw an X on the back of the first photo and turn it over, laying it close to the pulp of his ruined hands.

The Bear offers me anything I want. An animal can feel pain but cannot describe or transmit it adequately. The Bear both is and is not an animal. I lack hearing, so the Bear cannot transmit his experience to me unless I choose to see it. His pain is not my pain, but mine is very much his. I swing the hammer into his unhooked shoulder, and then I draw another X and flip another photo.

His lips move, and I understand what he wants to know. Five photos.

In my notepad, I write: you are a rapist fucking pig. I put the paper into the gristle of his hands and swing the hammer against the metal hook again. It’s a sound I can feel.

Anything, The Bear mouths. He is sweating in the cold air of the freezer. Crying. Bleeding.

In my pad, I write: I want my sister back. I swing the hammer claw-side first into his mouth and leave it there. His body shakes and twitches.

I turn over his photo and write one last note, tearing it off slowly and holding it in front of his face, the handle of the hammer protruding from his jaw like a tusk. You are number four. There are a few seconds of space as the information stirs into him and I watch as he deflates, the skin on his face sagging like a used condom. He knows what I know.

I turn over the last photo for him. I turn it slowly and carefully, sliding it toward him. Victor, his one good son, his outside accomplishment, his college boy, the one who tried to fuck him and they fucked my sister instead.

I remove another mason jar from my bag, unscrewing the metal top and letting the thick fluid flow onto his lap. I wipe my hands carefully and light a kitchen match, holding it in front of his face for a few seconds as it catches fully. He doesn’t try to blow it out. He doesn’t beg me to stop. He just stares at the match as the flame catches, and I drop it onto his lap.

The Bear shakes so hard from the pain that one of his arms rips from the table, leaving a skewer of meat and tendon on the metal spike. I lean into his ear, taking in his sweet reek and the rot of his bowels and, in my own hideous voice, I say:

About the Author:
Brett Garcia Rose is a writer, software entrepreneur, and former animal rights soldier and stutterer. He is the author of two books, Noise and Losing Found Things, and his work has been published in Sunday Newsday Magazine, The Barcelona Review, Opium, Rose and Thorn, The Battered Suitcase, Fiction Attic, Paraphilia and other literary magazines and anthologies. His short stories have won the Fiction Attic’s Short Memoir Award (Second Place), Opium’s Bookmark Competition, The Lascaux Prize for Short Fiction, and have been nominated for the Million Writer’s Award, Best of the Net and The Pushcart Prize. Rose travels extensively, but calls New York City home.

Links to Purchase eBooks
Link To Buy Noise On Amazon