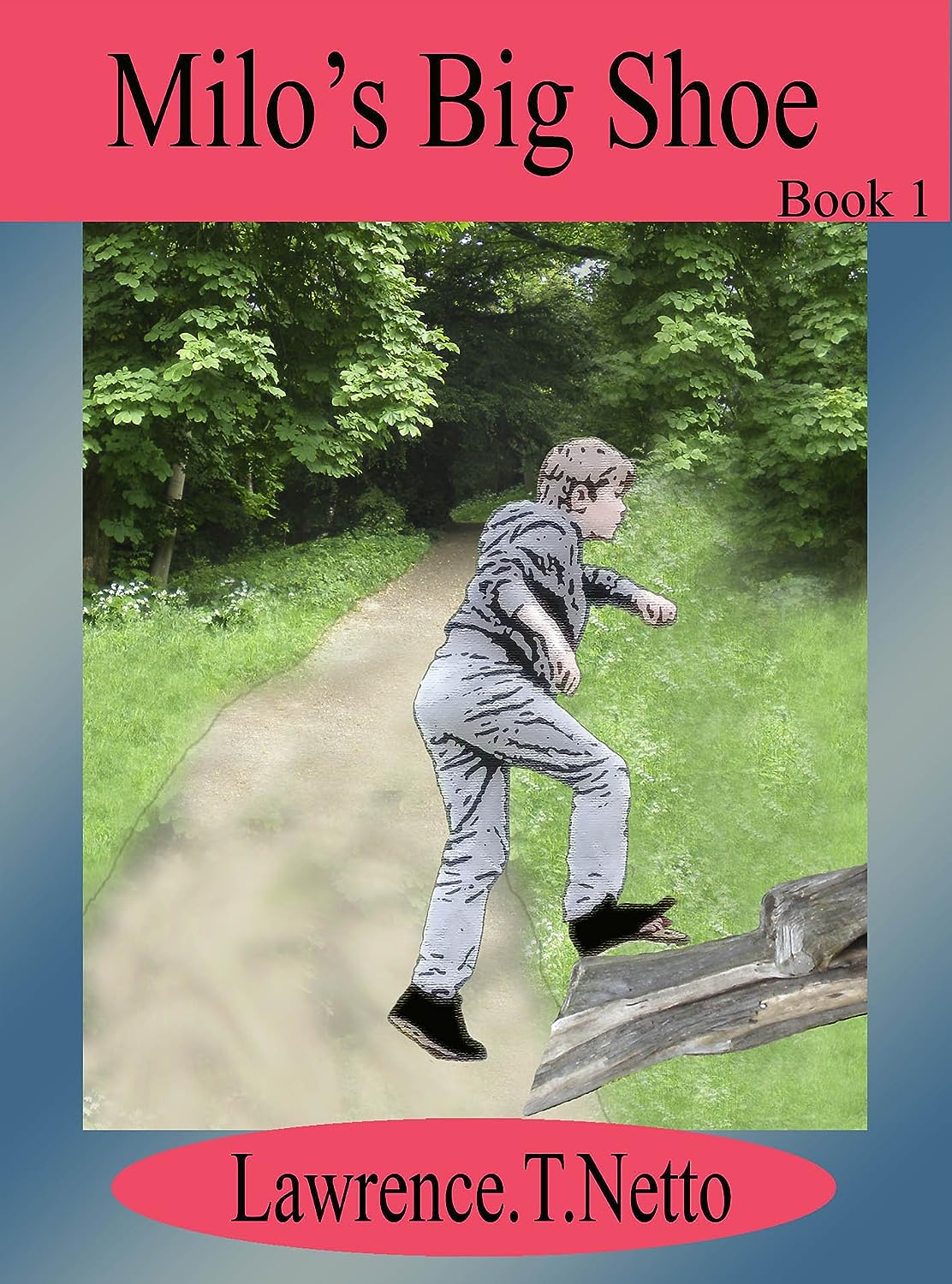 Milo’s Big Shoe is book one of four inter linked stories about a young English orphaned boy who takes solace in escaping to the woods on his summer day’s out and who unwittingly lands himself in hot water time and time again. Like most young boy’s his age he has a knack for it.

Spring gives way to summer and Milo can at last get away from the orphanage and enjoy roaming around his beloved woodland. Today finds him lost in his own world, climbing trees, scrambling over rocks and boulders and wading through soggy marsh land, but now the sole of Milo’s shoe is so badly torn from the upper that his toes were poking through, he was wet, muddy and cold. Then he remembered that a little way further on there was a path that led deeper into the woods leading to a small farm. It had out-buildings and a barn, so maybe he would find string there and he could tie his boot up thereby temporarily fixing it.

It was the only idea he had so he set off up the track with a fast flippety flop. Milo is lucky enough to find some string and other useful items but unfortunately disturbs the high stacked bails of hay.

There was a rustling noise that grew louder and without warning an avalanche of straw bales crashed to the floor. The noise of the commotion had alerted dogs who were barking ferociously. He could hear movement in the cottage, it was time to be going. Milo hobbled along the side of the barn and disappeared into the woods just as the sun was beginning to set. Just then, something howled in the distance. Milo stopped and listened. The howling started once more, a blood curdling sound that sent a shiver down his spine. Something was following him, he had to get a move on.

What Inspired You to Write Your Book?
I had noticed many childrens books in this age group were about witches/wizards, vampires or zombies or similar.

I wanted to write something different. Something simpler where the fear which is real enough, comes from the childs own mind. After all a childs mind is the most magical place there is.

How Did You Come up With Your Characters?
The characters came to life in my mind as the stories developed, but Milo I supose is loosely based on myself. Growing up as an only child Mum would say. ‘Go out and play, and I don’t want to see you back before supper time.’ So I would be out all day having adventures and investigating this and that.

About the Author:
Lawrence.T.Netto (Alias: Loz Netto) has been a professional musician and songwriter since the 1970’s these day’s he still performs but mainly composes and records music for Film and T.V the four Milo stories are his first venture into writing children’s stories.