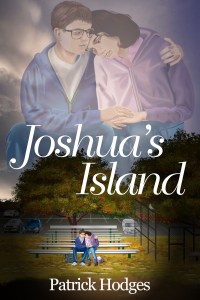 The story is told, in the first person, from the alternating perspectives of two thirteen-year-olds. One is a boy named Joshua, an outcast, who is small for his age and has been bullied relentlessly for years. The other is a pretty girl named Eve, who was just recruited by Rhonda, the most popular girl in school, to join the popular girls’ clique.

Joshua and Eve are paired up as lab partners in science class on their first day of eighth grade. At first, Eve wants nothing to do with Joshua, but she is forced to ask for his help to pass the class. As she gets to know him, she discovers that not only is Joshua nothing like she expected (and nothing like she’s been told about him), but that their school has a nasty secret … and Rhonda is at the center of it.

What Inspired You to Write Your Book?
I was a bullied boy when I was in middle school. Sadly, I, like so many others like me, didn’t get the happy ending that we wanted. Thirty years later, I started thinking about those days, and how I wish things could have gone if I could have been the author of my own story. I wanted to create a character that not only survived his traumatic experiences but turned those experiences into triumph.

How Did You Come up With Your Characters?
Many of the characters are based on people from my days in middle school. The main character, Joshua, is based largly on myself. Some are purely fictitious.

Book Sample
I was okay with the teachers whose classes I’d been assigned to, with one exception: Old Man Taylor for fifth-period science. Yay.

Alyson had warned me that he was always in a bad mood. Sure enough, when he entered the classroom, there were no “hello’s”, no “welcome back’s,” no attempts at courtesy at all. He simply grabbed his seating chart and said, “Everyone stand up and go to the back of the class … girls on the left side, boys on the right. NOW.” We all silently obeyed.

“I’m going to start calling out names,” he announced. “There’ll be one boy and one girl at each table. You will be lab partners for the entire semester.”

Half the class groaned.

“One of the things I will be grading you on is teamwork. I don’t care if you know each other or not … you need to find a way to work together. If you don’t, your grade will reflect it.”

Alyson had had Mr. Taylor as a teacher when she was in eighth grade, so I was prepared for this. It was actually refreshing to know that it would be just as awkward for my classmates as it would be for me. I’d wondered all summer long which girl would end up stuck with me.

I had nothing against most of the girls in my class, even though they seemed to have something against me, besides a height advantage. As I stood at the back of Mr. Taylor’s classroom, I quickly scanned their faces, and there wasn’t a single one I could expect sympathy from. When girls looked at me, if they looked at me at all, it was with contempt. All I could hope for was to be paired with someone who had an open mind and a streak of kindness.

Two at a time, Mr. Taylor paired us up, until finally my name was called. My partner was Eve Devereaux.

About the Author:
I am 45 years old, and I currently live in Glendale, AZ with my lovely wife, Vaneza. After spending the last few years writing for various entertainment-related blogs, I am making my very first foray into fiction.