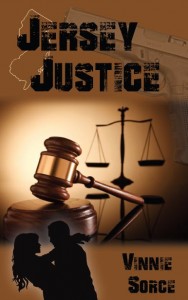 That night—I still have nightmares. It happened so quickly, so effortlessly. Walking to our cars in the far parking lot one fall night, we were jumped from behind. Eric hit the pavement quickly with a gash on his head. Blood trickled down his ear and he was dazed. I looked up to see the attackers. One was a large Puerto Rican kid, over six feet tall, who had hit Eric on the head with a piece of pipe. Even in the chilly air, he was wearing only a black muscle t-shirt and jeans. An American flag bandana covered his head and a diamond stud decorated his left ear. A snake tattoo on his right arm completed the picture. His accomplice was an overweight black man of medium height with no distinguishing features. He wore a Yankees cap and a black leather jacket. His pants were riding low, and his boxers showed in the rear. I didn’t know what kind it was, but a gun of some sort was stuck in his waistband.

As they came at me, I just stood there, frozen. I wasn’t terrified like I thought I should be. My breathing was calm and easy, my eyes focused on the six-footer first.

I was sick and tired of the world being this way for me, and for others like me. It had finally become time to fight back. The attacker raised his club, but he was too slow. I kicked him in the knee and heard a loud pop just before he let out an ear-piercing scream and fell hard to the ground.

I grabbed for the club and gave his buddy some unexpected dental work before he could even reach for his piece. He dropped to his knees and then fell face first to the pavement unconscious.

I felt under Tubbo and removed his weapon. I’d never held a gun before. It molded to my hand like it had always belonged there. Suddenly—I felt like I should never be without it again. The feeling was overwhelming and calming at the same time.

Without thinking twice, I stepped behind my unconscious mugger and fired two shots into the back of his head. It was easy, no remorse at all. I couldn’t believe how simple it was. The Puerto Rican kid tried to get up and run on his shattered knee after he saw this, his eyes wild with fear. He didn’t get far. Two shots to the back of his head made it a very short trip.

What had I done?

I live in Jersey. I was brought up on a strict diet of sarcasm, bullies, and being a disappointment to my father.

I help people who can’t help themselves. I’ve turned my bullied past into a one-man private army of retribution for the silent majority, too afraid to speak.

A scumbag I helped put away eight years ago has come home to roost and to take me down for revenge. To complicate matters my baby sister, Carmen, unwittingly got involved by marrying (her fifth time) into the problem and not knowing her new husband was a Miami drug lord who she stole ten million dollars from. Oh, and she shot his brother. Double oh, she brought the money, and the gun to me. Did I mention she was blonde?

My dearest childhood friend Marci has been by my side since 7th grade. Until now, we’ve always remained just friends, but one small slip (translated: we hit the sheets) during the chaotic events following Carmen’s return changed the rules. Had I fallen in love with her while I wasn’t looking? If that was the case I’d have to stop almost getting her killed so often.

I have to save my sister, save me and possibly save a new relationship.

What the hell, it’s just another day in Jersey.

What Inspired You to Write Your Book?
Janet Evanovich and her character. Stephanie Plum, were my biggest inspiration. I came up with the title, Jersey Justice, and the main character name, Jimmy Vincent, while driving cross country to our new home in AZ. The rest of the book just feel into place from there. I just wanted to write something exciting with lots of craziness and sarcasm.

How Did You Come up With Your Characters?
After reading some of the Stephanie Plum series the name “Jimmy Vincent” just came to me. After that, as I was writing, I would use combinations of friends and relatives names whose personalities fit the characters.