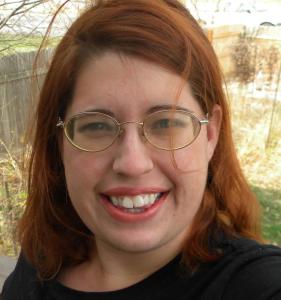 About S. E. Zbasnik:
S.E. Zbasnik is the author of the Dwarves in Space series – think Tolkien and Hitchhiker’s merged in a horrific transporter accident – as well as a bunch of other fantasy novels. You can find her on twitter as well as facebook, and hopefully not standing right behind you.

What inspires you to write?
Human foibles fascinate me. I want to know why people do what they do, what drives them. And if I can throw a dragon or two in while they’re having an existential crisis about accepting the unforgiving role of hero or fallen savior, all the better. (Note, I will never actually write a dragon story. To me, sending in a few soldiers to fight a dragon is comparable to five people armed with sticks attacking an aircraft carrier. I don’t see anyone getting out of that alive.)

Fantasy and sci-fi have a strange habit of dropping the little things that make up humanity. Sci-fi particularly tends to ignore religion unless that’s the entire point of the plotline. It seems strange to think just because humanity figured out how to travel to the stars, it would lose something that’s been around since we sat down and hammered out an alphabet. And fantasy treats its characters as paragons of virtues or sins who fell out of a renaissance fair. When all one is concerned with is claiming the crown it leaves little room for the foibles of humanity, apparently.

Tell us about your writing process.
How does my writing process work? Let’s see, I begin with an idea. Usually it’s a small scene of two people having a conversation, reaction, or fight. I do a lot of action scenes in my head because, when in doubt, stab someone. That idealet blooms as I chase after why someone would act that way, what would push someone to make that choice, what consequences are there for the actions.

Then I start to fill in those pesky plot details, find the beats for action and respite, pick a setting; all the dressing for the side of the character salad.

Trolling baby name websites is one of the important stages. I suck at naming things; characters will go through multiple options before I pick something. Even then, names can change on a dime. Originally, Aldrin from The King’s Blood was named Andrin – a real name – but it took maybe a chapter before his name altered in my brain. It has to zing, to flow from the tongue. I’m very much in favor of you need to be able to pronounce whatever crazy fantasy names you make up for something, unless that’s the joke.

After that, it’s just scooping out all the ideas in my brain and ladling them across the page. Maybe then I’ll make a gravy to go with.

For Fiction Writers: Do you listen (or talk to) to your characters?
My characters tend to bicker amongst themselves in my head. I feel less like I’m talking to them, more that I’m a fly on the wall overhearing them. This can be a bit more difficult with my introverted characters who don’t like to talk about themselves much. There are many times I have to threaten a character to get them to open up.

How did you decide how to publish your books?
With The King’s Blood I wanted to explore the errant boy who will be king trope, but by changing things around. A black girl is tasked with keeping the prince who may be king alive and getting him back to his army. Along the way, she runs into an Asian witch, another Black man, and a slew of traveling historians. In truth, the diverse characters were added because I kept thinking “Why not?” Lilly White fantasy is so damn boring.

Funny enough, it was through winning another contest that brought The King’s Blood to light. In this case, it was Lulu’s Let’s Go Wrimos something or other. It was a disaster for many reasons, but it got the book out the door.
Currently, I’m working on a series called Dwarves in Space. It’s a dangerous combination of science-fiction and fantasy tossed into a blender and sprinkled with jokes. I’d queried it around and got a lot of bites, but no one is willing to take a chance on satire. Publishers seem to be terrified of humor that isn’t a string of fart jokes. Add in defying genre and self publishing was the only way to go.

What do you think about the future of book publishing?
Writing has the opportunity to appeal more to the ignored interests, people who don’t fall mainstream. Unfortunately, that audience is smaller so one can’t come in expecting to get everyone to love them. The question will come down to if gatekeeping will be added back into the process.

What genres do you write?: scifi, fantasy, ya, historical fiction