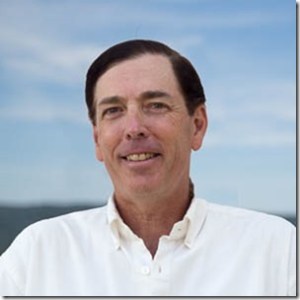 About Rick Trout:
Rick Trout was born and raised in New York City next to Central Park. He spent many an hour roaming its circuitous paths, unaware of the secrets it contained. After living and working in a number of places around the world (from India to the Netherlands), he now teaches and writes in the hills of West Virginia but still lives in Central Park vicariously through his many colorful characters.

What inspires you to write?
I want to entertain in the best possible way yet, at the same time, convey a message to my readers.

Tell us about your writing process.
I love research and find my story comes out of that research. The research I do on people and places and the story that springs out of it keeps building until I have a full-blown outline. After that, it’s as if the book takes on a life of its own and writes itself. Not that there isn’t work involved. I edit a book a dozen times before it goes to my official editor Every word has to sound right to my ear. But, again, the whole process takes on a life of its own, and it seems as if I’m not involved once the research begins.

For Fiction Writers: Do you listen (or talk to) to your characters?
I know exactly what my characters would or wouldn’t say or do. Sometimes I come across a word and say to myself, ‘He’d never in his life say that word!’ and I take it out. My books are all character driven so my characters are alive in my mind and I consider them my friends or acquaintances. I don’t talk to them but I hear them and see them throughout my day.

What advice would you give other writers?
Everyone has a story to tell. It’s a perfect story. How we tell that story depends on the medium we choose. It could be dance, drama, painting–anything! For a writer, it happens to be words, and I believe those words are already there. The writer’s job is to uncover them, just as an archaeologist uses his brush to uncover something buried for centuries. It’s as much a process of discovery as of creation. If you choose to look at it from that angle, I believe it removes the burden of having to create and makes the entire process of being a writer so much simpler and more exciting.

How did you decide how to publish your books?
I think the future of publishing lies in eBooks. I wrote many books before publishing my first one (ten so far!). I’ve been waiting for the right moment and the right technology to become available. We have that technology now.

What do you think about the future of book publishing?
I’m very excited that talent now has a chance to make itself visible almost instantly and on an hourly basis now that the technology is there. No longer does a writer have to be dead half a century before he or she gets discovered.

What genres do you write?: My main focus is Young Adult Fiction and Fantasy