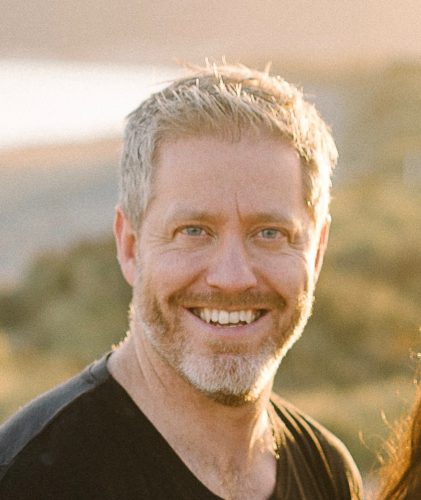 About Owen Crane:
Owen was born in Malaysia but moved to England when he was still a baby. He grew up in the countryside in a small village outside of Brighton. After university in Manchester and a few years in Bradford he moved to Northern Ireland with his family. He loves food, fireside chats with good friends and long walks along empty Irish beaches.
Owen has always loved stories. His early years were consumed by A.A Milne's tales of 100-acre wood, which was just down the road from where Owen grew up. Eventually, those books gave way to Roald Dhal, C.S. Lewis and Tolkien. It was a natural progression from reading the stories of others to crafting his own. Talking long walks along the Irish coastline, he would dream up stories to tells his children. Ariella and the Curse of Dawnhaven is his first book.

What inspires you to write?
My children. I wanted to write stories for them, that would inspire them, encourage them and make them smile. My first child was a girl, and as I was thinking about the stories I loved from my childhood, I realised that there were not a lot of female characters. That is what inspired me to have Ariella as the main character in my book.

What authors do you read when you aren’t writing?
Roald Dhal! He is my absolute favourite of all time. I also love Tolkein and CS Lewis and JK Rowling. Frank Hebert's Dune is absolutely captivating. My favourite book recently has been The Night Circus by Erin Morgenstern, it's beautiful!

Tell us about your writing process.
I start by taking a lot of walks and dreaming up the plot. I try to have the big picture in place before I begin to write. I imagine the ending and then work back from there. I use a type of storyboard approach with a notepad and pencil, drawing out pictures of each pivotal scene. Once I have the basic plan worked out, then I start the first draft. I set my self a goal of writing 2500 words a week. It was hard work, and at times I was up late in the night trying to hit my target; however, it was vital to me actually finishing the first draft. Then came the edits which actually took longer than the first draft.

For Fiction Writers: Do you listen (or talk to) to your characters?
I've never thought of that! On reflection, I listen to them and try to get into their heads and figure out what they are thinking and how they would react. That's one of the significant challenges I found when going through the edits of the first draft. I kept having to ask myself the question 'would Ariella say that?' or 'How are you going to respond to this person, Ariella?"

What advice would you give other writers?
Keep going! Be disciplined and keep writing, you'll get there. I was given two exceptional pieces of advice that have helped me tremendously. The first was by Hemmingway who said to always finish writing when you know where you're going to go. That way, when you come back to the page the next day you can start off immediately, this stops writer's block.
The second bit of advice was from Bruce Springsteen who says you should always write for the bin. Meaning that the first draft is always bad, keep going and keep crafting.

How did you decide how to publish your books?
I went through the usual avenue of sending my manuscript out to many agents. It was picked up by a respected agent in London, and the lady assigned to me was lovely, she worked hard at trying to get a publisher to pick it up, but eventually, we were both disheartened by the whole process. I was a new author with no platform, and I was deemed too risky. That led me down the self-published route, which I am starting to love. It has given me control, and I'm enjoying the learning curve. It is admittedly intimidating and daunting, but there is so much help out there.

What do you think about the future of book publishing?
As social media moves into maturity and technology grows I can only see it getting easier and easier for people to self publish. It feels like the days of the traditional publisher are not over but certainly diminished.

What genres do you write?: Fantasy & Adventure