You are here: Home / Interviews With Authors / Interview with Author – Nicole Belanger @belanger6 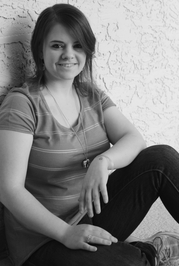 Author Bio:
Nicole has been writing since she was six-years old. When she was thirteen, she began writing her first novel, Lost Voice, which she finished at fifteen. Shortly before her high school graduation, Nicole published her first book at the age of seventeen. She began working in the medical field when she was eighteen as a Certified Nursing Assistant. She’s also an avid photographer, featuring one of her photographs on the cover of Lost Voice. She finished and published her second book, Shadows, at nineteen and has started writing her third book.

What inspires you to write?
I think my largest inspiration is my friends and family. They’re constantly asking me for another book to read, and the fact that someone actually wants to read what I write gives me the boost of confidence I need to keep going. My love for writing is larger than I ever imagined it would be. It’s what keeps me going.

Tell us about your writing process.
I definitely fly by the seat of my pants when I write. I have a basic idea of where I want it to go, but I always stray off course. That’s alright, though, because I think it makes the story better. If I do a full on outline -which I tried once and gave up not even halfway through- I feel some ideas won’t make it into the book and those may have been good ideas. If I think, oh, I want to have this happen to Character A, but that won’t work because of the climax here, then I won’t put the part in, and it could have been a good part. Besides, just like any reader, I want to be surprised with where my stories go. My characters begin as strangers for me, and then I grow to love them as they develop.

For Fiction Writers: Do you listen (or talk to) to your characters?
I actually found myself appologizing to one of the characters in Shadows when I was writing because I felt so bad for what I was putting her through. Even though I know my character’s aren’t “real”, they feel real to me when I’m writing. They all have their own personalities. I have one character who I wanted to be serious during certain scenes, and she decided to be the comedic relief. She wouldn’t take no for an answer. I wouldn’t say I talk to my characters, but I definitely let them write themselves.

What advice would you give other writers?
Don’t give up. Everyone hits a rough patch. If you find yourself “dragging things out”, don’t worry. Continue writing and you can erase what’s unnecessary later. If you are having a hard time writing, and you only got 50 or 100 words written, don’t be discouraged. Congratulate yourself because that’s more than you had before you started writing. If you need to walk away for a minute, do so. But bring a pen and paper because ideas will jump at you when you least expect it.

How did you decide how to publish your books?
I’d say do whatever you want to do. Be prepared – I hear traditionally publishing is a tough business to break into. You’ll get plenty of rejection letters, but each one is one closer to your acceptance. Be persistent. I chose self-publishing because I wanted to have full control over my work. I was afraid if I went through a publisher, I would lose my rights to my book and there would be so many changes done with editing that it would no longer by MINE. My writing is 100% mine – editing and all. But that doesn’t mean self-editing is for everyone. It’s tough. There’s no support for advertising. The author does everything – editing, proofreading, creating a cover, marketing you name it. There are services available for all of them, of course, but the cost is ridiculously high.

What do you think about the future of book publishing?
Some authors that I know have actually made the decision to buy back the rights to their books from their publishers and republish them on their own. More and more are choosing the self-publishing route because there’s more control over it. It’s harder, but you definitely feel more accomplished when you become successful and can say you did it on your own. However, the problem with self-publishing means there’s a sea of authors and books that a reader gets lost in, and it’s becoming harder and harder to be noticed.