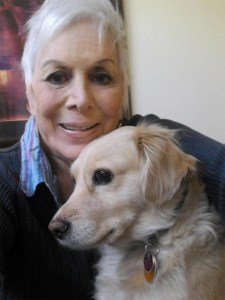 About Morgan St. James:
Former interior designer, MORGAN ST JAMES lives in Las Vegas, is on the board of Writers of Southern Nevada and belongs to multiple writers’ groups. In addition to the Silver Sisters series, she also collaborates with other writers in addition to writing her own novels and short stories. Morgan frequently appears on the radio, author’s panels and is an entertaining speaker.

Published short stories include contributions to two Chicken Soup for the Soul books and many anthologies including the single author anthology The Mafia Funeral and Other Short Stories. She gives workshops at writers’ conferences and has written 12 books and over 600 published articles on diverse subjects.

In November, 2014 she and true crime author Dennis N. Griffin launched the Writers’ Tricks of the Trade Show with Morgan St. James on Blog Talk Radio.

What inspires you to write?
Sometimes my inspiration comes from life experiences, sometimes from an idea that popped into my head, and sometimes from prompts. There is no one thing that inspires me. For example, my co-author Caroline Rowe and I worked for a marketing company that was contracted by the federal government to sell furniture manufactured in federal prisons to government agencies. During the four years on the job we racked up millions of dollars in sales and saw many things, including the inside of prison factories. Paired with some questionable practices by our employer we were aware of, after leaving the job we were inspired to write “Ripoff,” a funny fictional crime caper involving embezzlement from the federal prison system. Our knowledge made writing this book possible.

On the other hand, I was part of a group of writers who wrote an anthology, “The World Outside the Window,” working from a unique angle. We were given ten prompts and everyone had to use a certain number of them, regardless of the genre of their story. The result of mine was “Saying Goodbye to Miss Molly,” a poignant story about an old woman on the last day of her life. When I began to write that story, I had no idea it would turn out to be what it was, nor did I even intend to write about an old woman. It literally wrote itself.

The inspiration for the award-winning Silver Sisters Mysteries series was entirely different. My sister, Phyllice Bradner, and I were both published writers back in the mid 90s but neither had written fiction. We both loved funny mysteries and decided to launch our own series. The protagonists, identical twins Goldie Silver, an over-the-hill flower child from Alaska, and her fashionista sister Godiva Olivia DuBois, a Beverly Hills wealthy widow who authored an advice to the lovelorn column were loosely fashioned on our own personalities. We added their feisty octogenarian sidekicks, mother Flossie Silver and her brother-in-law Sterling Silver, both former vaudeville magicians who loved to dress in disguise and go undercover. The plots just seemed to come to us and there were three books in the series. Then our publisher went out of business. After being dormant for a short time, the books were updated with new covers, edits and in the case of “Terror in a Teapot,” even a new title. There are currently two Silver Sisters Mysteries in publication with the third scheduled for release in early 2015 and a fourth in work.

Tell us about your writing process.
I used to be a seat of the pants writer, and sometimes still am. It depends upon the project. I find that timelines and pre-plotting is essential because one can affect the other. The methods are always different for me. I am blessed with the ability to click into “automatic writing,” and therefore am very prolific when working on a project. I allow my subconscious to take over, and sometimes don’t even remember writing some of it when review what I’d written.

For the Silver Sisters Mysteries, because Phyllice and I are in two different states, we generally have a face-to-face plotting session that might last 3 or 4 days. The bonus is we get to see each other, and it isn’t all work. I used to go to Alaska when she lived there, and now either I go to Oregon or she comes to Las Vegas. By the time the session is over, we have what we call a plot point timeline. It is not etched in stone. We work the events we want to happen into the timeline we’ve developed and try to keep to a short time period. Beyond the event, we don’t elaborate that much so we can leave the door open for creativity when actually writing the chapters. The best part is, we can pick up these timeline plot points a year or two later, and still know exactly where the story needs to go. I’m a fast writer, and she is the consummate editor, so I churn out the chapters, not bothering to edit them because I know she will. She also adds the quirky touches that Silver Sister fans love so much.

When I write with other co-authors, we generally also develop most of the plot and particularly the ending. However, these might change several times during the production of the book, but at least we have a roadmap to follow. Not a formal outline, but rather a compass to point us in the right direction.

When I write short stories, I generally begin with an idea and then go by the seat of my pants and let my subconscious create the story. I also do a version of that with some of the chapters in books I write solo, as well.

For Fiction Writers: Do you listen (or talk to) to your characters?
Absolutely!! It is amazing what they might tell you, and that could take the story in a whole different direction. I always develop my characters with physical attributes, personalities, backgrounds and inner thoughts. Often I slide into their character when writing. In my book “Betrayed,” when writing the main character Laurel (the victim) I found myself writing with tears running down my cheeks. Then I was amazed at what one of my characters revealed to me around the middle of the book–something that took me fully by surprise. I had no intention of giving him that direction and it influenced a good part of the book and changed some of what I’d planned. But it was perfect for him as a real twist.

I also learned early on to listen to their voice. Don’t make a 5 year old sound like an adult. Don’t make an airhead sound like a PhD. Be sure to stay so consistent in their speech patterns and thoughts, so that the reader knows who is talking even without see-tags like “he said,” or “Margaret said.”

Think about their actions. Unless you are doing it for surprise or shock value, don’t have them do something totally out of the range of their character. Make them behave as the reader would expect them to, and reserve those segues for misdirection or something that sounds the alarm that they might not be what they appear to be.

What advice would you give other writers?
Hone your craft. Attend conferences, workshops and writers groups. Look for solid and meaningful critique on your work. Even the most seasoned writers benefit from editing or astute critique.

Don’t jump the gun, and publish a work that is not ready for publication. Make sure it has been carefully proofread and edited.

If you are using real locations, make sure you get the details right. It is amazing how many authors don’t research to make sure they are using the right freeways for a person rushing to get to a scene, and something very important–they forget to infuse locations with details that make the reader feel like they are there.

Be prepared to put lots of time into promotion after the release of the book.

Most of all don’t get discouraged. One of my writer friends, who is also a contributor to Writers Tricks of the Trade, the free eZine I publish, makes no bones about the fact that he received over 600 rejections of his novels until he finally hit the one that earned him a publishing contract.

How did you decide how to publish your books?
I am a hybrid author–published traditionally and self-published. I stayed away from self-publishing for a long time, and only went the traditional route. Then when the publisher for the Silver Sisters Mysteries went out of business and gave 200 authors back their rights, I knew the only way to get the series back into publication fast was to set up my own imprint. This also gave Phyllice and I control over so many aspects of the books, like the cover, promotions, etc.

While I am still traditionally published for some projects, my own imprint has also grown and added more books.

One caution to view like the proverbial flashing yellow light if self-publishing–if your final product is not up to the standards of traditional publishing, including cover, editing and proofing, it is not ready to be published. People pay good money for your work, and are entitled to receive the finished product they expect.

What do you think about the future of book publishing?
It is changing radically and I’m not sure what the future holds. Self-publishing has gained a foothold, but traditional publishing offers benefits that self-publishing can’t. Ebooks are becoming the elephant in the room, in many cases far outselling the paperback editions, and with so many on the market these days, prices are falling. However, many authors are discovering that what they lose in price they make up in volume. MP3 is gradually replacing CDs for audio books.