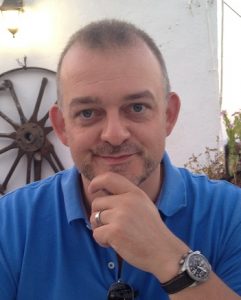 About Michael Bolan:
It took Michael Bolan over two decades of running in the corporate ratrace to realise that all he actually did was tell stories.

There was no Damascene revelation for Bolan which caused him to pen his first work of fiction, “The Sons of Brabant”. An avid reader, he simply felt that he could do as good a job as many of the authors he read and decided to put his money where his mouth was.

Living and working in many countries left him with smatterings of a dozen languages and their stories, and his love for history focused his ideas on the Thirty Years War, the most destructive conflict that the continent has ever seen.

Now living in Prague (for the second time), Michael brings alive the twisted alleys of the 17th century and recreates the brooding darkness of a fractured Europe, where no-one was entirely sure who was fighting whom.

Michael writes while liberally soused in gin, a testament to Franz de le Boë, who was mixing oil of juniper with neat spirit while the thirty Years War raged around him.

What inspires you to write?
I grew up in Ireland, surrounded by signs of a civilisation that predates the Great Pyramids, so it seemed fairly natural to want to weave that into my stories. The European history aspect is a result of my having lived in several different countries and spent a lot of time listening to local legends and folktales. It’s also hard not to write about Prague when the city remains unchanged from the 17th century…

Tell us about your writing process.
I have to confess, I’m a seat of the pants kind of guy. I get an idea and then I go for it, filling in the blanks as I go. It helps that I have a great editor who not only understands language very well, but understands the way my mind works. It is wasn’t for her, I’m not sure anything would be legible…

For Fiction Writers: Do you listen (or talk to) to your characters?
I don’t mind distractions. In some ways, I like them – noise, music, lights – I retreat into a different world, where my characters are busy doing their thing. I seldom interact directly with them, rather I observe what they are doing and record it for the reader. They’ve even started doing things that I hadn’t planned for them 😀

What advice would you give other writers?
People warned me that it was hard work to write a book, and it is, but different than I had expected. I hear many author friends complaining about the first sentence and how hard it is to craft. My advice would be to not worry and just start getting words down on paper. The rest will follow. But don’t forget that it’s hard work for everyone, even JK Rowling!

How did you decide how to publish your books?
With the question of sales growth, royalty structure and ease (I don’t live in the English-speaking world) self-publishing made the most sense. And the internet makes that a very straightforward process.

What do you think about the future of book publishing?
I have written a guest blog about this very topic (http://ebookreviewgal.com/self-publishing-now-is-the-right-time-by-michael-bolan-author/) but I’m firmly on the ebook side of things. Paperbacks give me thumbache nowadays, and don’t get me started on hardbacks…

What genres do you write?: Historical Adventure