You are here: Home / Interviews With Authors / Interview with Author – Leanne Waller @LeanneWllr 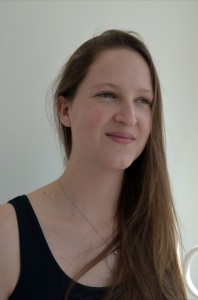 Author Bio:
When I was younger I never stopped writing until I was nine, when one of the girls in my class had enough of me being praised and tore up my newest story. After that I didn’t write until I was eleven and what came out scared me. I never expected myself to write about kidnappings and torture when I was that age. I didn’t write for along time because of that, apart from to get my emotions out. Thankfully I tore up everything I wrote over the next decade and a half. I was extremely depressed and working my way out of it so what came out was not good at all.

What inspires you to write?
I love to read and I like the thought of putting something back out there for others. I love to write about difficult times in peoples lives, it helps me to understand aspects of life that I’m having trouble with. At the moment I am writing a series about depression in order to help people living with it by hopefully creating greater understanding of the illness. Hopefully after the Anita series I will go on to writing fantasy again. I already have a story forming in the back of my mind that has been there for months but it might be a long time until I start that unless I plan it a bit while I’m working on Anita. My head is full of stories that I want to get on to paper for others to see. I’m sure I’m not the only one who feels like that.

Tell us about your writing process.
The start of every book I have so far has been an idea in my head that builds for a while until I write the basics down. This is always one paragraph that makes people look at me like I’m nuts when I ask them if it would be a good story. The only notes I take are writing down names of characters and a line of who they are and a main character trait of theirs because I’m really bad with names. I come up with who I think I need for the main characters and figure out names straight away because I hate that part because I am very picky so it takes ages.

Then I write a bigger paragraph then the one I have already written, which is usually a page long, before splitting it up in to sections and writing more to each section. I read through to see if they would join or need to stay apart. Then write through again. I could not say how many times I do this. With Anita: Falling, once I wrote all of what I thought was going to be chapters I ended up screwing that up in to dates then writing the dates through three or four times before starting what I call my first draft which is when I think the writing starts.

This is the stage I become more of a story teller because I get to weave it all together and turn it from points and little sections that bring character, to everything having character and the bits that tell me what need to happen get changed into what happens. It is lot of work but it layers it so well and makes sure that when I do get creative I follow where the story needs to go. Then once the stories written I send the first draft to be read so that I can have feed back. When that comes back I change what needs to be changed story wise, before sleeping for ages so that my mind is working. Then I change whatever has come out very Cornish into true English so that it is understandable before sending it out again. And voilà, it is a story.

I fully work on the belief that everyone is different in the way they work best and every story writes differently. Both choice and Life’s consequence took less framework then Anita because they were able to go in whatever way was more interesting rather then having to stick to a preordained script.

For Fiction Writers: Do you listen (or talk to) to your characters?
I do say conversations that I’m working on out loud. I have been caught many times. I have been disappointed in stuff they have done which people find strange as I’m the one writing it. The thing is I get caught up in writing, then read over what’s on the page and it’s all so no. It’s as if the characters are trying to go in a way that just isn’t plausible for the story line. I would love to see where it goes one day, there could be something in it. Then again maybe the characters are trying to live a normal life. I think I’ve read to much Tom Holt.

What advice would you give other writers?
Remember at all times that you are chasing a dream that will live on past you. It’s hard work but it’s worth it.

How did you decide how to publish your books?
I published Choice with a publisher as I didn’t know what was out there and I wouldn’t have had the confidence to do it myself. Having my book chosen gave me a lot of confidence in my writing so I self published my next book through Amazon KDP. I found it to be a lot easier for me as I had a lot more control over what went on and how fast it could be done. When I received recognition from readers of Life’s consequence -I was warned to privatise my personal accounts- I decided to carry on with self publishing from then on.

It’s very hard work to keep on top of everything and I’m still learning the ropes myself but I do love knowing that what I put out there is my style and what I want people to read. Make sure to listen to feedback you get when you send out first drafts. I changed the whole approach to how I had previously written Anita: falling due to the feed back I received. The story is all still there but the impact of it is totally different and it’s much better for it.

What genres do you write?
Horror, Romance and Personal growth