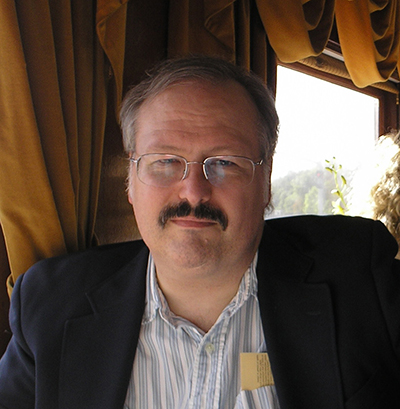 About Kerry Reis:
I was born in Oregon and grew up in Jacksonville, Florida. As an undergraduate, I attended the University of California at Los Angeles, where I graduated with a bachelor’s in motion picture and television arts. I worked for ABC Television for twenty eight years and became the associate director of digital broadcast communications for the Disney ABC Television Group. I have traveled widely throughout the United States and Europe, and lived 40 years in Los Angeles, California, but I recently relocated to the Denver, Colorado area. “Legacy Discovered” is my debut novel.

What inspires you to write?
It's hard to point to anything specific, as it can be any experience that causes me to see a set of characters placed in an unusual situation where I can see a set of actions that lead to a resolution highlighting a thematic issue. I know it sounds vague, but it requires me to be open to what is happening with me, my friends, my neighborhood, current events and cultural changes – for anything can open itself to a story. For my novel, Legacy Discovered, I received my initial inspiration after I watched the classic 70s movie Love Story on cable when I didn't have anything else to do on a slow August night. The straightforward story of a man from a wealthy family, rejecting his heritage to marry a woman from a lower social class was a bit over-the-top especially with the sudden tragedy of Jennifer's terminal illness at the end. However, I thought what if Jennifer did not die and then thought what if Jennifer did not know about Oliver's background. It took me about a week to think of a basic plot, but I still had to debate motivation with myself at specific plot points and do some simple research for other plot junctures. I feel very happy with the results.

Tell us about your writing process.
I came out to UCLA over 30 years ago to learn about creating for the motion picture/television industry. In a screenwriting class, I learned the process of writing out the story in a one to two page pitch synopsis, then breaking it down into a five or six page outline of scenes, before expanding it into a full movie-length screenplay. This process worked very well in structuring out my novel, making sure that my plot and character process was credible and relatable to the reader. As I was writing the actual chapters, I decided that I wanted honest feedback from a broad group of friends. This required me to be secure enough in my basic story to accept feedback before the full book was written, an idea that other writers have warned against. I recruited my edit focus group through Facebook and used the file sharing service Box.com to give them access to read and comment on the chapters as I wrote them. It was a good group and made my novel stronger.

For Fiction Writers: Do you listen (or talk to) to your characters?
I do not have mental conversations with my characters. Rather, I try to be them in determining the motivations behind the choices they make. I am a very visual person and I see the story unfolding from behind the fourth wall of a movie screen. I want to visualize their actions as well as their words in order to understand their thoughts.

What advice would you give other writers?
I remember hearing the story of William Faulkner who went to speak about writing to a group of college students. He stood up on stage and asked the assembled students how many of them wanted to be writers. After everyone's hands went up, he proclaimed, "Then what are you doing here? Go out and write." Then he left the room. Writing is patience while finding the commitment and security to express yourself. It will require one to listen to criticism and determine what criticism is valid and useful and what isn't. Even though I self-published my novel, I still paid for a round of professional editing, which I feel provided a professional polish to the work, well worth the price. Some writers have stories lined up for ages, while others may only see a few stories in a lifetime. For the later, remember that Harper Lee only had one novel published in her lifetime, but To Kill a Mockingbird is a literary classic.

How did you decide how to publish your books?
My original plan was to write Legacy Discovered as a TV movie screenplay. I had written a screenplay at UCLA and had written another TV pilot screenplay during my early years of working at Disney ABC, so my plan was to write the screenplay in what little free time I had. However, within a month after I saw Love Story on TV, I was called into my boss' office and told I was being laid off due to a restructuring in the department. My little free time turned into a lot of free time and I felt a more pressing need to produce something that could be an alternate source of income. I had heard about the new methods of self-publishing novels and did my research on options and costs. I then changed direction from writing a screenplay to putting my story down into the pages of a novel. Once I had a respectable draft of the full novel, I signed up with CreateSpace, which had a reasonable editing and promotional package. From the time I put my first word on the computer screen to the time I had my first polished book in my hand for sale on Amazon, it was about five or six months. A year after I had published through CreateSpace, I came across the Author Solutions booth at the Los Angeles Times Festival of Books and decided to use their AuthorHouse division to expand my options by including more outlets and adding a hard cover option.

What do you think about the future of book publishing?
The digital age has changed the entire process of book publishing. On the plus side, the ease of POD and digital ebooks has made it financially viable for new writers to publish and sell their creative works on their own, instead of dealing with the hoping and waiting for a publishing house to read and decide to publish their work. There is no rejection in self-publishing. However, that ease has brought with it a growth of published books available to the average reader. I have seen figures that put the number of recent self-published works into the millions. Self-publishing brings out a new form of rejection from overloaded readers and new lessons in self-promotion that will find new ways to winnow out the ever-growing competition. It has been interesting to see how it all continues to play out.

What genres do you write?: My one novel is listed as mystery romance family drama, but I am interested in straight mysteries as well.