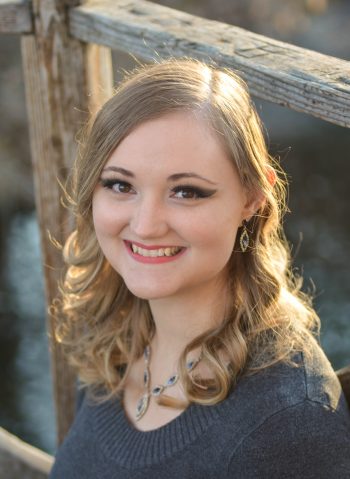 About Katie Cherry:
Katie Cherry was born in Utah and still resides there, though with a nomadically-inclined husband, that’s likely to change before too long. Wherever they live, he’s happy to stick by her side and even supports her in her writing by deepening worldbuilding, helping Katie chase down any elusive words, checking story continuity, and more.

While fairly new to the career of being an author, having first published in October 2018, Katie has been writing novels since she was thirteen. In the years leading up to her first foray into writing seriously, fantasy books were devoured at a rate nearly alarming to her teachers, librarians, and others. Soon, she found her supply diminishing far too quickly. Now, she creates more fantasy stories that her younger self would have ached to read!

While Katie’s books are family friendly, she doesn’t shy away from having realistic characters with realistic struggles. Themes of depression and anxiety can be found in her main characters, though they certainly don’t let that struggle keep them from accomplishing what they set their minds to! You’ll find a lot of yourself in the characters in Katie’s books, giving you the distinct feeling that YOU are the hero in each adventure.

What inspires you to write?
I grew up a voracious reader. So much so, in fact, that I ran out of books that I wanted to read in the city and school's library by the time I was in seventh grade (about 13yrs old). So I decided to create my own awesome books. Since then, that's essentially been my main goal, but now what inspires me the most is creating new book lovers. Introducing someone to the magic of books and helping them discover that reading can- and should be- fun, is the most amazing feeling ever!

What authors do you read when you aren’t writing?
Christopher Paolini, JK Rowling (of course!), ML Forman, Lichelle Slater, Ali Winters, Eileen Mueller, Kimberly Loth, and, of course, the list is never-ending, so I'll cap it there for now.

Tell us about your writing process.
I used to be a pantser until my series became far too complicated to function without at least SOME plotting. So now I've found a comfortable compromise of plotting vs pantsing. First, I'll just make a bullet list for each book with things that I know will need to take place. (Fullfill specific foreshadowing, crucial plot points, etc.) I'll expound upon that with more plot points I come up with, put them in chronological order, and then divide it into chapters/scenes. Sometimes even those plot points can change as I write the book, but it still helps immensely to have them written out in the first place. As far as software I use to write, Scrivener is how I plot since I can move the scenes around, and I primarily draft in 4thewords since it is more fun to write if I'm playing a game and defeating monsters, but mostly because it pushes me to keep a streak going to earn my character's wings. Once the draft is finished there, I copy/paste it all into Google docs to share with my alpha and beta readers. Then it gets formatted into Word and sent to my editor.

For Fiction Writers: Do you listen (or talk to) to your characters?
My characters definitely talk to me. It's the biggest reason I can never just plot the book and follow the outline perfectly. My characters know better than me, and will correct me if I, for instance, assume that one or more of them is insignificant when, surprise!, they are absolutely critical to the plot. They don't "speak" to me in my mind as much as I simply discover their secrets as I write. It's like I'm the reader just as much as you are! I'm just following where they lead.

What advice would you give other writers?
Don't take your own work too seriously. My first book was pretty embarrassing, looking back, because I refused to edit it as mercilessly as it needed. In my eyes, it was perfect. I'd only change so much. Looking back now, though, I'm horrified and wish I did a complete rewrite. Though it's fine that I hadn't, because the more OTHER books I wrote, the better my writing and understanding of story got. So now, when I do go back and completely rewrite the first few books I ever wrote, they'll be something I can be proud of- and that do the story much better justice. So write everything you can, but don't expect it to be good. It's a skill that requires a lot of practice. It's a given that your first book- or two, or three- are not going to be all that great. But that's perfectly fine! You can always go back and fix them. But you can't if you get stuck on that first book. Write as much as you can!!

How did you decide how to publish your books?
I did apply to a number of publishers, but after enough rejections, I started to just publish them myself. It started out as more of a hobby anyway, and I just wanted a way to get them to my friends and family to read. It quickly grew from there as I started treating it like a business and officially published on Amazon in 2018 when I learned that traditionally published authors have to do at least as much work anyway to market their books, but with a much greater cut of the pay and creative choices- like book covers. I am thrilled that I decided to go the self-publishing route and consider each rejection letter I received a bullet dodged. Now, my potential is limitless! There are plenty of authors I know of who are making ends meet with their writing- or better. It's absolutely acheivable and is less up to chance than it would be with a traditional publisher. Plus, the deadlines are my own. I don't have to have any deadlines if I don't want them! I have absolute control over my business, and while it can be hard, there's nothing else I'd rather be working at.

What do you think about the future of book publishing?
Audio books have been growing recently. I expect those will continue to get more popular, ebooks will continue to rule the world, but we'll never quite let go of paperback and hardcover books. Each have their place, especially depending on the person. I do know a few who read exclusively paperbacks/hardcovers, and some who exclusively listen to audio books. As far as traditional vs independent publishing, indies will continue to thrive. We can pivot and adapt to the market much, much faster than publishing houses can, and we can put out books much faster than traditionally published authors as well. Bookstores are popping up for indie authors exclusively, and the larger ones are slowly getting more open to the idea of allowing independently published books on their shelves. Everything is working in our favor.