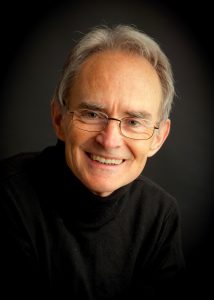 About JOSEPH ÉAMON CUMMINS:
Irish author Joseph Éamon Cummins taught creative writing and psychology for ten years, earning multiple Best Professor citations. Before that he opted for a less conventional life, over a long period hitch-hiking throughout America and touring with carnivals. He documented these adventures while also photographing a continent that fascinated him – and, as he says, got an invaluable ‘road’ education with lifelong rewards. He later returned to academic work and today leads private workshops globally in organisational psychology, achievement and resilience. He also occasionally speaks on applying psychology in fiction writing. A multiple award-winning writer, he remains ‘on the road’, dividing his time between Europe and the US.

What inspires you to write?
Some writers take inspiration from what they hear or see or read in their environment. Others, like me, are inspired more by what they hear or see or read inside their heads – imagination. It's true that we can't really separate environment and imagination; they are always working together, even when we don't realize it. It's like a co-dependent synergy. Of course, both are essential to write creatively because we all live simultaneously in those two worlds, one side our heads, one outside.

Tell us about your writing process.
Get an idea, play with it, turn it upside down, add another idea to it, and another. Then assess it. Does it move me? Am I thrilled at what it might become? If not, continue to play with it, all the time 'seeing' it.
This is so important, being able to 'see' it. The visualizing adds details and 'reality' automatically; at this stage it's not even necessary to create, the imagination paints the picture. Decision making is still required, though. Not everything the imagination throws in is right for the emerging story. But the imagination is never short of ideas; it will will throw in many more.
And when it feels right, it goes down on paper, as rough notes. No editing of any kind just yet, just recording. As soon as the basic core of the story is apparent, I outline it! And I create in-depth character profiles. You don't have to be a psychologist to do this. Minor characters will appear (and always do) as the writing goes on, but the main characters are all developed beforehand.
Some writers claim they write spontaneously, using no planning or outlining. Having worked with and taught many successful writers, I doubt this is factual in most cases. Even if it is unconscious, we all (novelists) outline our work. I strongly recommend outlining on paper; keyboarding works ok but there is something extra working through a hand and pencil.
However, there is NO formula or 'right way' for designing a writing process, though it's a question I am asked at every workshop and book event.
It is ok to be yourself, do it whatever way works for you. All writers are different, as are all artists. So, we must find our own way. If it's productive (and only if it is) have the confidence to believe in it. But, at the same time, never stop learning.

For Fiction Writers: Do you listen (or talk to) to your characters?
In a word, Yes! You must have an emotional relationship with each of your characters. This does not mean you must like them or approve of their behavior, but you must understand them. The only way to understand them is to interact with them. If it sounds a bit crazy, so be it. Your characters will talk back to you – IF you get them right. They'll tell you if you try to get them to do or say something that doesn't fit or is not in keeping with who they are. But, I stress, only if you crate fully developed characters.
This – character development – is what lets down a lot of hopeful writers; they don't create real, alive, interesting characters, fully-fleshed out.

What advice would you give other writers?
We all saw ourselves as writers before we were in fact writers. The best advice I can give hopeful writers, and even those who've enjoyed some success, is to seek out good advice. That's not easy. It never was.
Try to find a sympathetic mentor who knows writing well. Girlfriends, boyfriends, moms and dads don't count. Nor is it a good idea to take your guidance from your writing group members, unless they are successful writers. You will often be misled by opinions you should not be taking, which can retard your development as a writer. And of course, read literary criticism. I don't mean the stuffy critiques that are often written to show off the critic's brilliance (too many of them around).
However, it's still the case that the only critique that is worth anything is the one that comes from a qualified source.

How did you decide how to publish your books?
I've been published by a major NYC publisher. I've also published my own work. With my recent novel, On the Edge of the Loch, I decided to publish it myself, for a number of reasons. First, I know something about independent publishing; second, I want to keep the book alive beyond the three months attention publishers typically give a new novel; and third, I felt I could make more money.
On the Edge of the Loch has already become an Amazon #1 bestseller in five categories, but there's along way to go. As an independent publisher I can keep it alive indefinitely, which means promotion and more promotion. It's a lot of work, and it's not always successful, but it's easier to do today than ever before.