You are here: Home / Interviews With Authors / Interview with Author – Joanna Campbell Slan 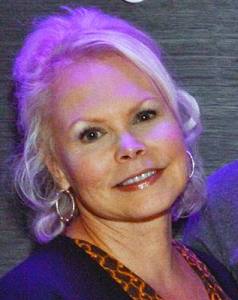 About Joanna Campbell Slan:
Joanna Campbell Slan is the award-winning and national bestselling author of twenty-six books. She was born in Jacksonville, Florida, but she grew up in a small town in Indiana. After graduating from Ball State University with a degree in journalism, she worked as a newspaper reporter, a newspaper ad salesperson, a television talk show host, a college teacher, a public relations professional, and a motivational speaker. In that capacity, she was named by Sharing Ideas Magazine as “one of the top 25 speakers in the world.”

Joanna’s personal essays have appeared in the Chicken Soup for the Soul series, and one was made into a television program on the Pax Network. The college textbook Joanna wrote—Using Stories and Humor: Grab Your Audience—has been praised as an invaluable resource by Benjamin Netanyahu’s speechwriter and has been endorsed by Toastmasters, International.

Joanna’s first novel—Paper, Scissors, Death—was an Agatha Award finalist. It features Kiki Lowenstein, a spunky single mom who lives in St. Louis. The sixth book in that series will be released Summer 2013.

Kirkus Reviews has said, “Slan’s mysteries are most valuable for the well-developed characters and the issues they raise.” RT Book Reviews awarded Ready, Scrap, Shoot four stars and said, “Kiki is so darn entertaining that she’ll keep readers hooked.” In between the traditional books featuring Kiki Lowenstein, Joanna has written a series of short stories that are available on Kindle.

A new series by Joanna is set on the Treasure Coast of Florida. It begins with Tear Down and Die. The second book, Kicked to the Curb, has just been released.

What inspires you to write?
I believe that books can change lives. Each day when I sit down to write, I remember all the books that have made a difference to me–and I aspire to create works that do the same for my readers.

Tell us about your writing process.
First of all, my books begin with an idea or a concept. Next, I fill out a lot of worksheets that I’ve collected over the years. Once I have captured the basics–my characters, the plot, the setting, and so on–I start writing. After three or four chapters, I often work through the plot with index cards.

For Fiction Writers: Do you listen (or talk to) to your characters?
Yes, and on occasion I watch them as if they were on a television screen in my head.

What advice would you give other writers?
Read everything you can, every chance you can, and then write. Ask for constructive criticism. Write every day.

How did you decide how to publish your books?
I asked for advice from a mentor. She suggested that I attend a writers’ conference and pitch an agent and editor there. So I did. I walked away with an agent and an editor. However, since then, the publishing world has changed, and I’ve decided to self-publish. I like the flexibility, and I feel I can better serve my readers.

What do you think about the future of book publishing?
Books will survive. Those who add value to the process will thrive. Those who don’t will fall by the wayside.

What genres do you write?: historical fiction, cozy mysteries, nonfiction