You are here: Home / Interviews With Authors / Interview with Author – Jason Luthor @JL_TheProfessor 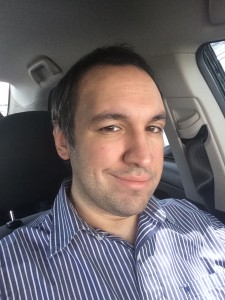 Author Bio:
Jason Luthor has spent a long life writing for sports outlets, media companies and universities. His earliest writing years came during his coverage of the San Antonio Spurs as an affiliate with the Spurs Report and its media partner, WOAI Radio. He would later enjoy a moderate relationship with Blizzard Entertainment, writing lore and stories for potential use in future games. At the academic level he has spent several years pursuing a PhD in American History at the University of Houston, with a special emphasis on Native American history.

His inspirations include some of the obvious; The Lord of the Rings and Chronciles of Narnia are some of the most cited fantasy series in history. However, his favorite reads included the Earthsea Cycle, the Chronicles of Prydain, as well as science fiction hits such as Starship Troopers and Do Androids dream of Electric Sheep?

What inspires you to write?
The love of inspiration, the ability to affect culture and create changes for the better, are my greatest inspirations for writing. The world can be dark and cruel. In my writing I want to tell stories that make people’s days better, that inspires them to do great things and make the hard choices, to do right when doing wrong is easier. I want to bring a sense of goodness and inspiration to the world around me and find writing to be the tool by which I can do so.

Tell us about your writing process.
Every book must be written four times. For me, the first draft is the research draft. I outline all my characters, research and develop the lord and world they’ll inhabit, then do a rough outline of the story. The second draft is just a stream of unedited storytelling consciousness, in which words spill without filter onto the page. I let my emotions control my writing at this point, listening to music to inspire situations and scenarios. At this stage of the writing, I’ve done my job if the characters’ actions come naturally without my having to twist and contort the plot to justify what they’re doing. It’s either a natural flow and outgrowth of the first draft, or it’s me struggling to create filler, and filler is not wanted. Third comes the edited draft, in which I go back and take a red pen to anything I find is unnecessary to the storytelling, eliminating whole chapters if I have to. I ask myself, what is the point of reading this? Finally comes the fourth and final edited draft. Taking an already edited copy, I go through once more, not only proofreading and nitpicking but eliminating any final redundancies or details that don’t add to the narrative.

For Fiction Writers: Do you listen (or talk to) to your characters?
I am a god and my characters are my creations. I don’t talk to them and I don’t listen to them. They don’t address me. In fact, they do what they will well please, regardless of if I want them to or not. Once I’ve established well grounded and consistent personalities for these characters, they act very much independently and often end up surprising me with their actions. In response I may create new scenarios for them, to see how they respond, but we’re not on a talking basis.

What advice would you give other writers?
Persistence is the greatest skill you can learn when writing, or when to achieve anything extraordinary, but you have to be smart about it. When you get feedback, even harsh feedback, consider it for a while. When you get rejected, understand why you were rejected, make changes, and come back stronger. If you’ve been turned away 99 times, try again a hundredth time. If that fails, keep trying. Learn along the way, becoming a better writer and marketer of your material, but absolutely never give up. The world will continue either way, but giving up is the only way to guarantee nobody ever reads your material.

How did you decide how to publish your books?
I’ve gone both routes. I am attempting self publishing right now because of downtime while I am trying to publish through a major publisher. I don’t think you should try to do one or the other, but both, unless your ideal agent or publisher won’t republish an ebook. I currently am waiting on an agent that is on hiatus in August but who worked with me throughout the last year. Perhaps I won’t be doing self publishing any more after September. I suppose at the end of the day I would say try both routes. Use self publishing while you are busy trying to court agents or big publishers.

What do you think about the future of book publishing?
A few years ago you wouldn’t have been able to get a publisher or agent if your book was previously an ebook. Now that has changed, and a lot of that has to do with the exploding ebook market. In many ways I think the book industry is going to reflect the game industry. The largest publishers and agents will focus on multimillion dollar hits, while the indie scene will focus on smaller scale successes in the range of hundreds to thousands.

What genres do you write?
Fantasy, Science Fiction, Young Adult