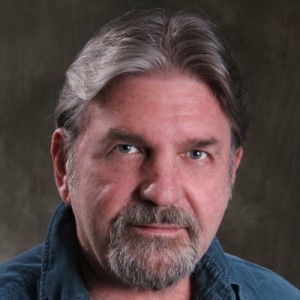 About James M. Corkill:
James M. Corkill is a retired Federal Firefighter from Washington State, USA. He began writing in 1997 and was fortunate to meet a famous horror writer named Hugh B. Cave, who became his mentor.
He served his country in Vietnam, and later became an electronic technician and studied mechanical engineering. While he was an electrician for the Department of Defense, he received thirteen commendations for inventions that were implemented at the Bremerton Naval Shipyard in Washington, including his design for a quad burning apparatus for the Accelerated Weathering Device. He has thirty-six certificates for mechanical and electrical designs used throughout the DOD.
During his thirty-two years as a firefighter, he was an Emergency Medical Technician, an Emergency Vehicle Instructor, Hazmat Technician, Confined Space Rescue Technician, High Altitude Rescue Technician, Structural Firefighter, and Aircraft Firefighter.
He remodeled four fixer-upper homes and built two brand new homes, doing all the electrical, plumbing, carpentry, and finishing work himself. When possible, he does his own vehicle repairs.
His favorite television programs are the Science Channel, the Weather Channel Specials, the History Channel, and Discovery Channel. He subscribes to several science magazines, and he does extensive research for each of his stories to keep them as accurate as possible.
You can contact Mr. Corkill through his website.

What inspires you to write?
The joy of creating something no one else has envisioned, and the pride I feel when people tell me how much they enjoyed my stories and want more.

Tell us about your writing process.
I’m an out-liner for the beginning and ending, breaking the story down into scenes of what needs to happen next to reach the conclusion. However, each scene is written on the fly, as the movie plays out in my head.

For Fiction Writers: Do you listen (or talk to) to your characters?
No, I know my characters well enough to speak for them.

What advice would you give other writers?
For beginners, don’t rush to publish. You only get one chance to make a first impression, so take your time to make sure your story is as close to perfect as possible. Try to find an editor who is also a fan, and have at least three beta readers.

How did you decide how to publish your books?
I realized that finding an agent or a publisher for a first time writer is extremely difficult and frustrating, so I decided to be an Indie Author/publisher to build my platform and find out if my writing is any good. Now that my fourth book is published and they are all getting great reviews, I know my brand is marketable. E-book sales are very good, but I’m having difficulty promoting the paperback versions without a major distributer who can mass-produce at a much lower cost. I’m going to seek out an agent and publisher for promoting the printed versions, and try to retain the rights for the electronic versions. I’m not desperate, so I consider any rejections to be their loss, not mine, and it’s a great feeling.

What do you think about the future of book publishing?
I think eBooks and self-publishing will eventually dominate the market, and traditional publishers must realize they are not the gatekeepers anymore. I feel they will need to accept the fact that there are many new keys on the publishing ring, and they must adapt to the changing times.

What genres do you write?: Science Fiction, action adventure