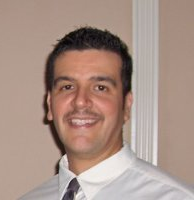 Author Bio:
Hugo Valentin Negron is an avid fan of myths, legends, and folktales. He grew up in Illinois where he still resides with his wife and son. His background includes an M.A. in clinical psychology from Roosevelt University as well as an M.A. in industrial/organizational psychology from the Chicago School of Professional Psychology.

He enjoys reading, biking, and walking winding trails through darksome forests, searching out the mystical beings that reside therein.

What inspires you to write?
I always loved fantasy. I blame my 7th grade teacher for getting me into fantasy. She actually taught her class to play a role playing fantasy game to encourage teamwork, leadership, and creative thinking – wonder if that would be allowed nowadays – after that, I read The Hobbit, books on King Arthur, Greek mythology, went to a couple of Medieval Fairs and never looked back.

Reading got me into writing. Reading the stuff I mentioned above, I started tinkering with writing my own stories, and gradually, from grade school up to my teens, developed what would eventually become Forging of a Knight. At one point I got so busy with college, work, life, etc., as we all do, that I thought, eh, what’s the point, and I dumped all my writing and notes into the trash! Then I thought twice about it, and went back to retrieve it all. Glad I did…

Tell us about your writing process.
I visualize the story in big scenes in my head, and then I break it down into a outline that I can follow – emphasizing certain character points I want to make, areas of challenge, etc., then I start to “connect the dots” bridging one scene into the next until the flow that I want is there. Sometimes I will sketch out certain images, characters, locales, and then detail them out.

Solitude and music are essential (usually classical, tribal, Celtic, or soundtracks from movies like Krull – the opening theme song and Flight of the Firemares, for example) and really put me in the mindset to write fantasy!.

For Fiction Writers: Do you listen (or talk to) to your characters?
You feel your character’s pain, their frustrations, their joys, and their happiness. You need to, in order to accurately portray them as three dimensional beings and not just ciphers on a page. You ask yourself, do your planned actions and motivations for them really match who they are, and sometimes, after you create a character with a certain plan in mind, they literally change it for you.

Case in point, Jesepha the female knight that appears in book two in my Forging of a Knight series (Forging of a Knight, Rise of the Slavekeepers). At first there was no “female” knight to the group, and the supporting knight characters to the main hero Qualtan all tended to come off as being the same. I wanted to add some different voices to the story, and started to flesh them out a bit more. I decided to change one of the knights from a he into a she, and created the knight Jesepha. She took a life of her own, and took me down some paths I hadn’t considered. She basically wrote herself and her story, as well as helping steer other supporting characters like Bartholomew her mentor knight and Visandus, the merchant lord that falls for her. Just by adding Jesepha, she modified some of the storyline and added greater value to characters who initially were there just as filler. It’s pretty cool when you see a character you invent do that to a story.

What advice would you give other writers?
Patience, pace, and plot! My concept for book two had to really change because initially my ideas were so expansive, upon re-reading it, I realized it was going all over the place and growing a little out of control. I had to be willing to let go of certain pieces of it, reshape and dissect the story, to make it have more clarity and sense. Don’t be afraid if your main idea/concept gets altered a bit as you work it out. Think of it as putting on some polish to make it shine.

How did you decide how to publish your books?
I went the self-publish route, to have greater control over the stories, and more freedom. At first I wasn’t too sure – when you consider the hundreds of thousands of books that come out each year, how would my Forging of a Knight series find a voice without an agent/traditional publisher? But I have had great reviews, and a small but growing fanbase, which confirms my decision. The downside, of course, is having full responsibility over marketing your book (i.e., money), and you learn this becomes a bigger task and takes far more time/investment than actually writing, as you budget, research your target audience, tinker with ads, invest in conventions, book signings, etc., but again, you have to think of yourself as producing not just a story but a product, and as such, you need to market and brand that product to a consumer like any other company does. That’s the mental switch any new author has to make, and you need to keep it constantly in mind.

What do you think about the future of book publishing?
I love physical books – I like having something that is tangible, that I can touch, smell, and feel. I can’t cozy up to a laptop in bed. I spend all day in my “real” job staring at a PC, and don’t want to do too much of that during my downtime.

That being said, the majority of my sales have been growing in the Ebook category. I don’t think traditional print books will go away, and I feel there are pros and cons to each – Ebooks are obviously cheaper and more convenient to take with you, but with a physical book you don’t have to worry if you damage or lose connectivity with your reading device. You can take the argument either way, but I don’t think we have to worry about printed books being seen only as relics in a museum any time soon.

Indie vs. traditional publishing? The stigma I’ve seen attached to the woebegone self published author reminds me of how the Psy.D was looked at vs. the traditional Ph.D back in the day. The former was seen as easier and quicker, and thus not as valuable or as “worthy” to be held in the same light as the latter – same as online courses vs. sitting in a physical classroom, once upon a time – there may still be arguments about these to this day.

There are also many more that do not. There is no guarantee in either world, but the fact that people have, and do, succeed in the indie world shows there would have been some mighty wonderful works out there that never would have been, had these authors not taken the leap of faith to put their work out there for consumption. I think indie publishing is growing in recognition and strength (as well as another big factor area – QUALITY), and provides an alternate route for some authors to getting their writing appreciated.

What genres do you write?
fantasy, adventure