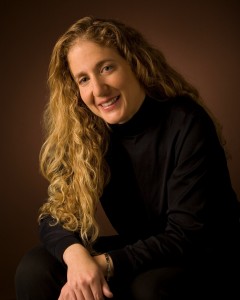 About Gail Chehab:
Chehab’s first novel, The Echo of Sand, was published in November 2009 by Mid-List Press after she won the First Series Award. Her writing has been recognized by Joyce Carol Oates as Honorable Mention for the Zeotrope: All-Story Fiction Contest and chosen as runner-up for the San Diego Book Award. Chehab’s second novel, The Tunnel, was published in July 2015 by MediaAria CDM. The Tunnel was a top finalist for The Arthur Edelstein Prize, a semifinalist for William Faulkner-William Wisdom Competition, Salem College’s International Literary Prize, and for the Ruth Hindman Foundation and University of Alabama Short Story Contest. The novel also received a fellowship from the Summer Literary Seminars in Lithuania and Kenya, and was awarded second place in The Roanoke Review Fiction Contest of which the first chapter was published. In addition to these awards, she has been featured and honored by numerous publications to include Ohio State University’s The Journal, The Briar Cliff Review, Carve Magazine, Cutthroat Magazine, South West Writers, Santa Fe Writers Project, Chautauqua Literary Journal, New Millennium, New York Stories, and the Pacific Northwest Writers Association’s awards.

What inspires you to write?
When I was little I wanted to be an archeologist or the first lady on the moon. I lived in a small town where my father was the village dentist. This was the farthest thing from the moon or digging up ancient fossils. As I got older, I dreamed about making gobs of money on Wall Street while living in a luxury two bedroom apartment. Somehow I got that dream, and I hated it. Yet along the way, good things happened—I travelled from Africa to Latin America, got married, and had two wonderful children.

When I was five months pregnant with my first child, I took a business trip to China. Having a Sunday afternoon free, I climbed the Great Wall. In my belly, my son-to-be felt heavier than any stone in the wall. When he was born, I got two hundred emails while I was still in the hospital. They weren’t all congratulations. Do this and do that. All urgent business matters. With my hormones out of whack and the burning desire to breast-feed, I did the unthinkable and quit my glamorous job to stay home full-time with my son. Despite the constant changing of diapers and keeping up with my son who eventually had the energy of an insect with twenty legs, I started to read again. At first, I fell into my old bad habits of reading business and economic journals, but then I slowly discovered novels and some poetry. After I completed Rohinton Mistry’s A Fine Balance, I held the book tight to my chest and wondered, how did he do that?
A few years after my second child was born, I left my beloved New York and moved to California. Eventually, both my children were in preschool and I found myself with a bit more time. Hesitant to step back into the corporate world for fear of not being there for my children, I started to secretly dream of becoming a writer. Yet I just didn’t know how. It seemed so impossible to write a book. I had never done a creative thing in my life even though I was itching to. A year or so later, I finally found the courage to show my insides to anyone who would read my prose, and walked into my first creative writing class at a local university. Everyone had a manuscript in hand except me. I felt foolish. I had nothing, except my dreams, and my determination.

We were given various assignments and I was terrible at each one. The teacher would read mine out-loud (anonymously—thank God) and rip it apart each time. It was the perfect example of how not to write. However, for some insane reason I loved writing and I just couldn’t give up. When the course ended, I came back for more punishment and signed up again. Something amazing happened during round two—I suddenly got the hang of it. I was becoming a real writer. Our assignment was to write a first chapter. I wrote more than the first chapter. I wrote an entire novel which became The Echo of Sand, and won the First Series Award.

I still haven’t flown to the moon or discovered prehistoric bones. But I have evolved into a writer, a marvel in itself.

Tell us about your writing process.
Before I begin a novel, I start to write many first chapters and the one that grabs me the most usually becomes the novel. I also write about a hundred pages of notes on the characters, the setting, the plotting points. I’m very organized so I usually know what direction I’m heading. However, the characters always take on a life of their own so I remain very flexible and let the thought and writing process flow.

For Fiction Writers: Do you listen (or talk to) to your characters?
Yes! I always listen to them. They are very three-dimensional and alive on the page. Most characters are a combination of people I’ve met – some intimately and some strangers in passing. It’s so exciting to see them take on a life of their own and become very real.

What advice would you give other writers?
Take risks. I try all the time to take risks in my writing. My best writing comes from the heart and to not hold anything back. I choose stories with complex characters with political backdrops that are in turmoil. I try to humanize a conflict. My writing has to be real. The reader has to see themselves in the pages.

My writing shows various points of view as there is never just one story. Plotting and pacing are critical as each problem must be more severe than the last.

Finally, my stories always have a climax and then an epiphany. The endings are not always perfect because life is not.

How did you decide how to publish your books?
I have published my two novels with small independent presses. I love the attention and support in being in a small environment. However, their resources are very limited so I have to do a lot of the marketing and promotion on my own.

What do you think about the future of book publishing?
Oh boy! What a big question. I think the opportunities are boundless. Obviously, social media has changed and broken all the traditional rules which makes the entire world our marketplace.

What genres do you write?: Literary fiction