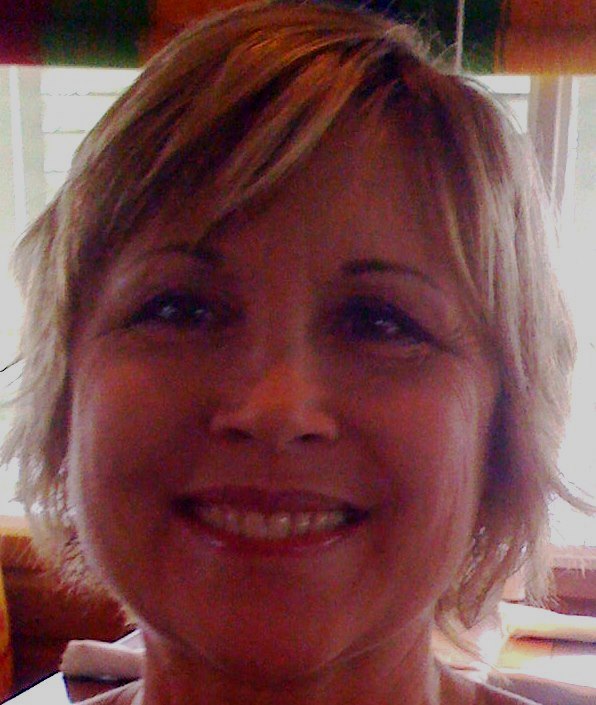 About G. G. Fulton:
Most authors have a story about when their budding love of writing began, and I am no different.

It all began with a love for the written word. When I was six years old I started reading voraciously, faster than suitable books full of adventure and mystery were being written for my age group. So I advanced to reading books that were written for children much older. At this level I found a much better selection of the type of stories I wanted to read.

I loved being transported to places far away, where the characters were surviving against all odds, or solving mysteries, or searching for an elusive object in order to save the world from a villain, who wished to use the object for his diabolical plan to takeover control of ________ (fill in the blank). I can still hear my mama telling people that if the world was coming down around us, I’d still have my nose in a book.

Then, I’m sure you won’t be surprised to learn, it was a teacher that led me to my love of writing. My sixth grade history teacher asked our class to write a short story about a fictional character in a historical setting of our choosing. I wrote a story about a young boy who was in the Crusades in the fourteenth century. When I received my graded story back from the teacher, she had written A++ ‘This is the work of a college student’. What a euphoric feeling those few words gave me. It became a battle at times, vying between my love of reading, and my new love of writing, because darn it, I couldn’t do both at the same time.

So now… since the advent of Amazon, I spend the majority of my time writing books, and marketing my books. Then at night on my way to dreamland, I usually slip in a bit of reading books.

What inspires you to write?
The pleasure I get while telling a story. Knowing that writing is my passion. If I didn’t have other obligations I would write every day, for as long as I could keep my eyes open, and never think of it as work.

Tell us about your writing process.
Characters come to life in my head. It pains me greatly, but I have to let them go, or put them in a box for future reference. Perhaps as a supporting character, even though they tell me they are the protagonist and to get busy telling their story. In the past, I have allowed those characters to take over, and I drop what I’m writing, and start a new book under my real name (G. G. Fulton is my pen name). I have written a mystery and a romantic comedy in my real name, even though I knew my real passion lay in writing for tween girls.

I am a seat of the pants author – the protagonist (always female) comes to life in my head. Then maybe I get an inkling of the story she wants to tell, and maybe a little bit about her strengths and weaknesses. When I put my hands on the keyboard, she tells me what to write.

Her words are coming out through my fingers. It’s as if she’s taken over my body. Simultaneously, in my mind I am seeing her and everyone in her sphere, as she interacts with them. I can see her as separate from me, but at the same time she is me. She instantly tells me the names, the relationship to her, the mannerisms, the quirks, etc. of the other characters, when they show up on the scene. I guess you could say I have a very vivid imagination!

This is my “not so coherent” writing process. I hope it made some sense.

What advice would you give other writers?
Other than the learning curve involved in the nuts and bolts of how to lay out the book, there are:

Editing – 1st editing – make sure that in your revision process you didn’t accidentally change something that put the cart before the horse (so to speak). 2nd – edit each character individually in order to make sure their mannerisms, their quirks, the words they use, etc. are consistent throughout.

Ending as many chapters as possible with a cliffhanger that makes the reader want to continue reading.

It’s my feeling, that an author (other than the nuts and bolts part) needs to come up against these issues themselves to really learn how to deal with them and use them to make their story better. Also, I personnally have read countless books about all of the subjects above, and many more.

How did you decide how to publish your books?
Before the advent of self-publishing I had written a book and did the whole process, sending a query letter to dozens of publishers, etc., but I learned the likelihood of getting my book in front a real decision maker was slim to none.

A few years back, I self-published before finding Kindle Direct Publishing, but with the other self-publisher there were definite drawbacks, not the least of which was no active plan for the possibility of getting my book seen by buyers. After all, you can’t sell your book, if nobody can find your book. With KDP there are ways to self-market your book, and give it a chance to be seen.

What do you think about the future of book publishing?
The percentage of people who read with a Kindle, or other brand of e-readers, is growing exponentially and passed up physical book sales several years ago. And, the royalties for authors of ebooks are so much greater than a traditionally published book, that it’s my opinion that traditional publishers will spend more of their time getting their authors by way of finding them through the ebooks they’ve written.

It’s my opinion that this would go a long way towards ending the stigma that still exists towards self-published books.

What genres do you write?: Middle Grade/YA (Tweens if there was such a genre)