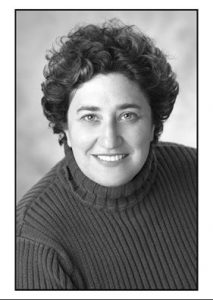 About Evelyn Lederman:
I clearly remember a conversation I had with my sister and a friend about infinite parallel universes. We were outside Sedona, Arizona. All of a sudden 5 young women started talking in my mind. That was the start of ‘The World’s Apart’ series. ‘The Chameleon Soul Mate’ was published in August 2014, followed by ‘The Crystal Telepath’ in December 2014. The floodgates have opened and I have more books in the Worlds Apart series as well as other series coming. I’m loving the ride!

What inspires you to write?
People often ask how long I have wanted to be a writer. The answer is easy, never. Romance novels were my way to reduce work related stress. Escaping to Regency England or a world populated with vampires kept me sane.
When I retired my plan was to spend more time reading. But then I suddenly one day had an idea for a series,and I had to write it.
And my choice of genre? Paranormal stories are the best escapism around! As an author I am not limited to the ‘real’ world. I get to create multiple worlds, as my characters travel from dimension to dimension. The only limitation I have is my own imagination.

Tell us about your writing process.
Actually, I plot AND see where my characters take me as I write. I originally outlined a plot I thought would get me to fifty to sixty thousand words. Once I started writing, what I had plotted brought me to only thirty thousand words. It was then when my main character started to talk to me again and the desired word count was reached and exceeded. At one point Alex told me what she wanted to become in the Troyk universe. After I freaked out, I started to write a plot line that would let Alex have her chosen vocation. Various ideas also came to me of worlds I would explore in the second and third books, but planted the seeds in this book. Tarsea, Alex’s soul mate, wants to shelter her from what is wrong with the Troyk universe, allowing the information he shared with her to whet the reader’s appetite for what was to come in future books.

For Fiction Writers: Do you listen (or talk to) to your characters?
I met Christine Feehan at Romcon2010 and she mentioned her characters talked to her. This was a common theme. I thought authors were crazy, until it happened to me. On February 23, 2014 I was driving to play tennis when a real conversation that occurred outside Sedona, Arizona played in my head. Then all of a sudden five fictional girls started to talk to me. That was the beginning of the Worlds Apart series.

The male characters did not speak to me in the beginning. The girls were very vocal and the guys did not say a word. I knew the women would start on Earth and would venture to a parallel world, where they would ultimately find their soul mates. At first I was going to make the men some kind of Fae. But that did not work, since I wanted the women to be the same species. I did have to make them special, possessing an ability we do not use on Earth. That was how I came up with a race of telepathic humans. The trait allowed me to broaden the plot to allow my characters to actually evolve their telepathic gifts, adding to the story line.

How did you decide how to publish your books?
I self-published – my stories, my way. 🙂

What do you think about the future of book publishing?
I’m finding people are going back to paperbacks, though ebook sales are not decreasing. I’m glad to see the resurgence of buying books you can hold, touch, and smell, and I hope it keeps up! I actually know a lot of readers who buy both editions of the books they like!

What genres do you write?: New Adult, Paranormal Romance