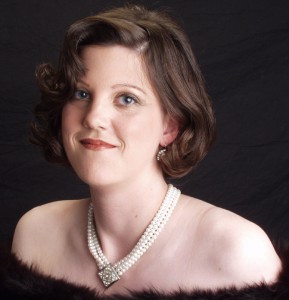 About Elle Pepper:
Elle Pepper is a California native who has published the “Flag of Bones” series, Voyages of the Dragon Wynd books one two and three are out now, four is still in the works. And the second series, “Firstfall” has been published as well, the first book “Blue” is available now.
Elle is an eclectic writer who loves blending genres, and while her books are easy to read, they are also complex, they have an easy approachable style that tells a complicated story in an approachable way. She does read her reviews and will often change the works in order to reflect that.
When she isn’t writing she is teaching or taking care of her niece and nephew, and the two cats, or teaching at a local school. She enjoys language and playing with it as much as she can.

What inspires you to write?
My inspiration to write is complicated but mostly it is just having so many stories, so many ideas in my head that I have to write. My writing inspiration is language and the way it is used, and moves, and changes. The way it carries ideas so much bigger than itself and empowers or enslaves people. I guess that is what I write about. My philosophy is “Read your world so that you can write your mind.” In other words, read anything you can get your hands on because even fiction can teach you something about the world around you. About how it is and how it can be.

Tell us about your writing process.
I’m kinda a mixed bag when it comes to outlining. Most of the time, using my Scrivener, which, by the way is my favorite writing program, I will do little one-sentence outlines for each chapter that I set up. If I don’t know where the story is going past a certain point I don’t make chapters for it yet. When I figure it out I add chapter and write my notes to myself about what goes here. I’m always free to ignore those later if the story changes, which it often does, but that’s what I try to do.

For Fiction Writers: Do you listen (or talk to) to your characters?
While I’m writing, it’s mostly just telling them to slow down, but yes, I talk to my characters and they to me. Some of them are just as real to me as the people I interact with daily. My favorite story came when I was working retail years ago, folding towels and my character walked up and started telling me his story.

What advice would you give other writers?
Write, as the late Stephen Cannell said “Give yourself permission to write crap” cause you’re going to anyway. It won’t come out polished and looking nice, it’s going to come out all weird and not what you wanted at all. Then you go about figuring out what you did wrong and rewrite. Don’t revise as you type, I’ve fallen into that trap on many occasion and what you get is works you never finish because you want it to be perfect.

How did you decide how to publish your books?
The thing that influenced me is that I don’t write in any one genre so pitching them was hard because no one wants a cross-genre work. Also, I’m poor. So a lot of the “pay to play” places were out, but I wanted my stories out there because as much as I write them for myself and my sanity, I write them to share.

What do you think about the future of book publishing?
I think written and digital will find their own balance, because I know personally, i prefer pages to digital. It has more weight.

What genres do you write?: Science-fiction, fantasy, Noir, action-adventure, cross-genre.