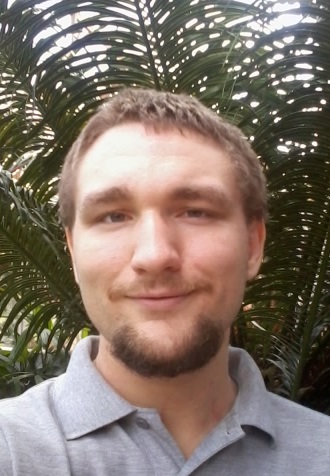 About Elijah J Sanders:
Elijah John Sanders (1989 – present) was born in Juneau, AK. But moved to Grants Pass, OR when he was only five years old. In both places, Elijah used to spend copious amounts of time in nature with his dad and younger brother on hunting trips. Elijah lost his dad at the age of eleven, and entered into a long ‘desert time’ in his life, which lasted throughout his teen years.

It wasn’t until the age of twenty when things started to take a major turn in Elijah’s life. While getting into trouble online, he came across a beautiful woman who would later become his wife. She lived in Indonesia at the time, and Elijah had been unemployed for a year. Despite these obstacles, Elijah felt that this was a divine encounter, and required both sacrifice and change on his behalf if it was to turn into anything beautiful. They became engaged online for three years. And Elijah finally moved to Indonesia and got married to his wife.

Elijah now lives in Bali with his wife, and writes fiction stories and some non-fiction books. In his own words: “I wouldn’t be here without God in my life. He’s done so many miracles that I can’t deny, and I have a daily relationship with Him. You need Him really.”

Elijah says it’s wonderful to enjoy a good story, something he’s learned from his very colorful family, writing classes, and he says the examples Jesus gave. Elijah says the most important decision you can ever make in your entire life, is the decision to follow Jesus and invite Him into your life.

He says: “God loved everybody so much (even before they were born!) that He sent Himself down in the form of Jesus, to become the last sacrifice for all of our wrong doings – sin, so that we can be made right with God and live with Him here on Earth as well as for eternity in Heaven. No one else can guarantee Heaven but Jesus the Son of God. He loves everyone so much: the Jews, the Christians, the Muslims, the Hindus, the Atheists, the homosexuals, the homeless, the broken-hearted and abused… everyone! Will you have trouble if you come to Jesus, of course you will. But you’ll have God’s help to get through what seemed impossible before. You’ll have access to real peace, real joy, and real love. His blood is powerful and will cleanse you of your sins and free you from dark powers because He is Light, and the creator of all things. So come to Jesus. Give Him a chance in your life, talk to Him, He will listen.”

Elijah wishes you all the very best, and hopes that you enjoy his writing.

What inspires you to write?
I get ideas all the time. God’s given me a pretty big imagination. Just the other day, I was travelling with my wife on the motorbike, and suddenly two new really awesome book ideas came into my mind. I had to focus on driving, remember the ideas and some of the corresponding story lines. Finally I was able to stop and ‘jot’ them down on my phone’s note section. One’s in progress, and the other has a good paragraph of story line.

NOTE: if you can keep focus on one project and get it done, that’s better than ‘focusing’ on several projects and not getting any of them done. Or doing one at a time and doing really well, rather than doing several at the same time poorly.

Often times I’ll get an idea for a story in progress, but it’s not the right time. Make sure you take notes of those ideas when they come to you! Implement them later, but make sure you write them down!

The idea for the story I’ve just written (First Encounters: When Universes Collide) actually came many years ago back in high school during some writing classes. Totally different story, but the two main alien types started to form. A bit later, I started on the story. Being a new, paranoid author, I kept my only copy on a flash disk – bad move. It got wiped several chapters in. I didn’t start writing that again for a long time. But I did finally start again, then got a long stage of writers block and put it down (also a bad idea), and then finished it when I came to Indonesia (good idea). I decided to hire an editor, and his suggestions helped me go from 31,000 words – done, to 52,000 words – actually done.

As an author, it’s your job to get the idea out. Get a team around you, and let them deal with all the things that are gonna take your time away from writing: editing, finding sources, book cover design, even marketing, etc. Though I suggest having a good understanding of all of the above.

Tell us about your writing process.
Usually I do a little bit of both. I have a general idea of the story as a whole, which I write down, and then I go for it.

One thing I’ve started using for my next book is to start writing down chapters ahead of time (second stage after I’ve gotten the gist of the book), and unique things that happen within those chapter. Then I’ll go in and fill in the details around the scope of that chapter. I’ve found this really helps me to increase my speed of writing, as I don’t need to think so much about what the point of the chapter. It’s easy for me to get into flow this way.

I’ll usually do this second stage on a paper notepad or a word doc.

Also, If I think of ideas that aren’t ready to be implemented yet. Often times I’ll just put them ahead of my writing with some ***

In my last book, when I knew there had to be a certain scene in a specific place (like one of Sam’s dream sequences), and I wasn’t ready for it, I’d highlight it in red and move on, and come back to it later. And if I wasn’t sure if something needed to be reworded, I’d highlight it in a different color.

For Fiction Writers: Do you listen (or talk to) to your characters?
That’s a strange question 🙂 I suppose I listen to them. I imagine what they’re like: their character, their personality, their background. As I said before I’m very imaginative. For example, one of the characters in my book, Erik the ferret (the so-looking ferret), I often think of little side stories of his past.

What advice would you give other writers?
I would say the biggest things I’ve learned as a writer are:

#1. Finish it. Many people have lots of great ideas, but they give up without implementing AND sticking to it. Set aside a writing time (or a working time), every day! Finish that thing!

#2. Focus. You idea people out there can work on your other ideas once this one is completed… and working.

#3. Work with others. We shouldn’t be doing this on our own. If I hadn’t hired an editor, my first story would only be 31,000 words long, and be missing a lot of needed details and story flow. If I hadn’t asked for help on my cover, I’d have a really fuzzy image. Etc, etc. We need each other, and you need a team. Personally, I ask God to help me every time I sit down to write. I like to feel His peace and assurance that He’s there, before I start.

#5. TIME is more valuable than money. How are you spending it?

How did you decide how to publish your books?
After taking a self publishing course with Tom Corson-Knowles, I’m pretty convinced that self publishing is the way to go, and will be a growing trend for future authors. In particularly for Amazon’s Kindle. It’s a growing trend. Your book can be read from any device, and accessed from far more reaches than any traditional publisher. And there’s a lot more benefits as well, such as: being in control of your pricing, getting better profit margins, and having the potential of getting far more eyes on your book with the promotional strategies available with Kindle and online.

I’m open for a traditional publisher agreement in the future, but from what I hear it’s just getting outdated, and it’s far more a complex matter to deal with. It doesn’t offer the same visibility nor profit margins that you can get while self publishing on Kindle. However, people do still buy books, and if you want to explore that avenue, then go for it.

I’d highly recommend taking Tom’s self-publishing course on Udemy. It’s really opened up my eyes to the world of self publishing, the benefits, exactly how to do it, and a host of really cool resources and bonuses. You’ll learn things you didn’t even know were possible. It’s called: The Kindle Publishing Course by Tom Corson-Knowles.

What do you think about the future of book publishing?
I guess I already answered this, but I think the future of publishing is moving more towards self publishing. And a growing trend in Kindle books, as Amazon is making it easier and easier.

What genres do you write?: I mainly write science fiction, fantasy, and adventure stories. Though I do have some “religious” based books that are in the waiting list.