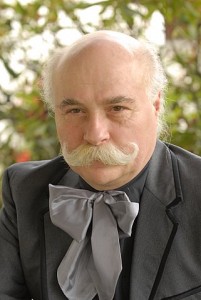 About Daniel Diehl:
Daniel Diehl has been an author, writer and investigative historian for nearly forty years. For more than twenty years he has been writing for publication and documentary television production. Mr Diehl’s work has won awards from the Houston (Texas) Film Festival, the National Trust for Historic Preservation (US) and the City of Pittsburgh (Pennsylvania) Arts Foundation. Working alone and as part of the multi-award winning team of Daniel Diehl and Mark Donnelly, Diehl has produced work in two main categories; trade publication and television documentary scripts. His canon of work includes twenty-one nonfiction books (which have been translated into eleven foreign languages), five works of fiction and scripts for more than one hundred and seventy hours of documentary television, primarily aired on A&E Network, The History Channel, History International, Biography Channel, National Geographic and the Discovery Network.

What inspires you to write?
The world is filled to overflowing with fascinating things that deserve to be written about, the only trick an author needs to learn is how to recognize these subjects and how to translate them into a good story. Once the kernel of the story line has fixed itself in the author’s mind the real work begins. As Ernest Hemmingway one said: “Writing is easy; all you have to do is set down in front of a typewriter and bleed”.

Tell us about your writing process.
Al of my work begins with fact – even the fiction and fantasy. As Lord Byron once said: “I hate things all fiction…there should always be some foundation in fact”. For my nonfiction work I often spend 60 or more percent of my time doing research and even my fiction is always grounded in extensive background research. From this basic accumulation of fact I begin to craft my story, building and adding to the basic information, shaping my story in whatever direction I need it to go to reach my desired conclusion.

For Fiction Writers: Do you listen (or talk to) to your characters?
I only interact with my characters when I am writing fiction. My nonfiction involves a very structured writing process. But when it comes to my fiction I have long conversations with my main characters and, surprisingly, their input often determines the direction in which I ultimately take their lives of make-believe.

What advice would you give other writers?
Writing is not an art; it is a craft. And like learning any other craft – be it brick laying or cooking – the basic requirement is practice…tons and tons of practice. You can not learn to be a writer in weeks or months; it requires years of hard apprenticeship before you can consider yourself a master of the writer’s craft.

How did you decide how to publish your books?
My first book was a how-to manual for reproducing medieval furniture. As a fairly skilled woodsmith it was a subject I could tackle with some confidence and the book – Constructing Medieval Furniture – became a success. From there I moved into writing for documentary television and the two skills eventually came together to lead me toward publishing full length works of nonfiction. It was only after writing fifteen nonfiction books that I branched out into fiction.

What do you think about the future of book publishing?
Once upon a time book publishing was a stable world; once you broke into it you were likely to remain secure. Since the economic crash of 2008 the global consumption of books has dropped by more than 40 percent and eBooks has cut further into the small pool of money that authors divide among themselves. The moral of this story is: If you want to write, by all means do so…but don’t give up you day job.