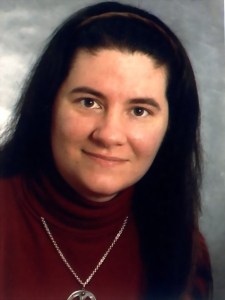 About Cora Buhlert:
Cora Buhlert was born and bred in North Germany, where she still lives today – after time spent in London, Singapore, Rotterdam and Mississippi. Cora holds an MA degree in English from the University of Bremen and is currently working towards her PhD. Cora has been writing, since she was a teenager, and has published stories, articles and poetry in various international magazines. When she is not writing, she works as a translator and teacher.

What inspires you to write?
I find inspiration pretty much everywhere, in the books I read, the films and TV shows I watch, in paintings and photos, in newspapers and magazines, in my students and my work and generally in the world all around me. For example, I recently got an e-mail with the subject line “Download a Viking”. Now the e-mail was only advertising a sale of historical romance e-books, but the subject line immediately sparked a story idea.

Tell us about your writing process.
I’m what’s commonly called a seat of the pants writer. When I start writing, I usually have some kind of idea where the story is going, but I don’t outline. I’ve tried outlining, but it kills the story for me. Instead, I simply begin with the scene that is most vivid in my mind (which may or may not be the opening scene) and take it from there.
Since I don’t always write in scenes in order, I sometimes resort to traditional plotting tools such as index cards for longer and more complex works. However, I only get out the index cards approximately three quarters into the novel to figure out which scene goes where and whether there are gaps.
I don’t use character sheets, because when I’m writing I either already know my characters or am in the process of getting to know them. Filling out lists with hair and eye colour, childhood pets, favourite foods and favourite TV shows isn’t all that useful for me. I see my characters clearly in my mind’s eye, so I know what they look like and the other stuff is just random information. Never mind that most of those lists are geared towards writers of contemporary fiction and are pretty useless for non-contemporary settings. A character living in the Middle Ages does not have a favourite TV show. A science fiction character who has grown up in the cramped confines of a space station may not only never have had a childhood pet, but might be downright baffled by the concept.
That said, for series or longer works with many characters, I sometimes do lists consisting of the name of the character, their role in the story and a brief description. It’s not really that important for the main characters (though if you’re writing a series, it can be helpful to have a quick reference), but really helpful for secondary characters and walk-ons. In my first (still unpublished) novel, a Steampunk regency romance, there was a housekeeper who appeared only three times in the entire novel. And every time the character appeared, she had a different name. Character lists help to prevent such snafus.
If I want a visual reference for a character, I either collect photos (often actors or other celebrities, which look a little like the character) or use an online generator like Mad Men Yourself (really great for 1960s period stories) or Hero Machine (good for SF and fantasy) to create an approximate portrait. I wish I could draw my characters, but unfortunately my drawing skills are crap.

For Fiction Writers: Do you listen (or talk to) to your characters?
Of course I talk to my characters. Or rather they talk to me. Sometimes, the problem is getting them to shut up (“You’re a character in my book. I neither need nor want your opinion on my grocery haul.”).
Some characters are also reticent and refuse to share information about themselves. For example, the protagonist of my fantasy novelette “The Hidden Castle” still refuses to tell me his name years after I wrote the story. He goes by “the Traveller”, because I have no idea what else to call him until he decides to share his name.

What advice would you give other writers?
Read a lot, write a lot, work on your craft and never give up. And most of all, don’t forget to have fun.

How did you decide how to publish your books?
I have some traditional publishing experience, since I sold short fiction and poetry to magazines and I submitted my first novel to those publishers who still accepted unagented submissions at the time.
Initially, I was wary about self-publishing. However, I was a regular reader of the blogs of Kristine Kathryn Rusch and Dean Wesley Smith. They frequently talked about bad agents and bad contracts and when they began advocating for self-publishing, I thought, “Well, these two really know their stuff, so maybe you should look into this self-publishing thing.”
So that’s exactly what I did. I read everything on self-publishing I could get my hands on and finally decided to test the waters by self-publishing some of my backlist short stories. It turned out that I really liked the process and the freedom it gave me.
With regard to new authors, I’d advise them to explore all avenues, read all the information they can find and take it with a grain of salt and always keep an open mind. Because the truth is that no two authors are the same and that there is no one size fits all approach to publishing.

What do you think about the future of book publishing?
I think it will be all right. Human beings have always loved stories, even way back in the day when there was no print and only very few handwritten books or scrolls and when the prime method of story delivery with sitting around a fire listening to a bard reciting his tale. And human beings will continue to love stories, even if the delivery systems change.
Besides, new media never completely replaces old media, though it will probably take away some market share. Films, TV, streaming web programming and live theatre all coexist. And so the rise of e-books will not mean that print books cease to exist, especially not with the advances in POD technology.
Finally, the biggest advantage that the rise of e-books and self-publishing has brought us is that there are suddenly a lot more books and a wide variety of voices available. Books and genres that would never have been published the traditional way, because they were niche works with a limited appeal or because trad publishers did not know how to market them, may now be found on the virtual shelves at Amazon, B&N, Kobo, Apple, Smashwords, etc… and they are finding their audience. Really, it’s a great time to be a reader and a writer.