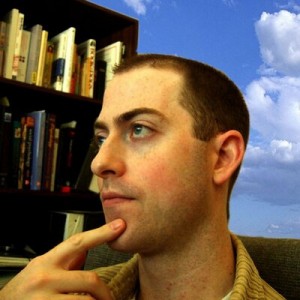 About Clifton Hill:
Clifton Hill discovered robots in the Fourth Grade when his grandmother handed him a book by Isaac Asimov. Science fiction absorbed him for the next couple years until a little piece called the Belgariad came along, bringing magic and an incredible new world.

Bouncing throughout speculative fiction, Clifton became absorbed by video games, comics and has a degree in Computer Animation. He has dabbled in various art forms, sought to design video games, co-created a web comic, chased after tornadoes, and fights moss whenever he can. After years of neglect, he picked up a story idea buried in a layer of dust, blew it off and has never looked back.

Clifton lives in the Pacific Northwest with his wife and two children, working in mortgage, his head thoroughly lodged in the clouds.

What inspires you to write?
Anything and everything. Often too much. If I don’t start figuring out a way to write faster, then I’m going to have more ideas to write down than I could ever live long enough to achieve. And while ideas are a dime-a-dozen, there are an unfortunately large number that are fleshed out and my fingers twitch to tell them.

If I were to give a more serious answer, a good piece of fiction can inspire as I wish to find the essence of that story concept or character and derive my own version, and bend it in new ways. Bad fiction can inspire in a different way, where I want to fix what didn’t work and flesh out a concept into something that is great. Or so, I hope!

Tell us about your writing process.
I wish I knew! In large part I think the identification of a pantser or a planner has to do with the project and level of experience. As I write, I always try to put down some sort of outline, but as the words start to flow, scenes burst forth and I have to take those down. They don’t always make sense, I often have to rearrange and mangle them into some sort of cohesive thought.

Whatever method may work for an author, I believe most utilize both. For a devout pantser will likely review what they have written, identify problems, character arcs to emphasize, areas to foreshadow, and whether they want to call it that or not, they will have to reverse outline their story.

Even the most meticulous outliner would be remiss to disregard a scene that comes to mind as they plot out their story.

While I think a more detailed outline would avoid some of the writer’s block that crops up, it may just be that I need to focus elsewhere on the story until whatever is holding me back is resolved.

For Fiction Writers: Do you listen (or talk to) to your characters?
I don’t think I do either, I think I’m more apt to stalk them, but then I’ve always been very visual and have a degree in art. So, perhaps I need to see what they’re doing and how, to figure their next move out.

What advice would you give other writers?
Write. And keep writing. Biggest hurdle is to get that first piece done. Then work on something else. Come back to the first, re-read it, try to break down the story to the essentials and re-write it. Share it with others, get feedback.

And don’t forget to read published work. I’ve written book reviews for SF Signal, and found that trying to dissect what worked for me in a book and why, was an incredibly useful tool; that and having a professional pouring over your work and giving critique is useful to honing your point.

How did you decide how to publish your books?
This is going to be a very personal choice. But in the end you will either fail or succeed in either regard.

We all have limited time. We can choose to either seek out a publisher who can then seek out the readers, or we can just seek the readers ourselves. And what about all the wasted time trying to seek them out? Wouldn’t you rather be writing? Yes, a good publisher relationship could net wonderful results. But that’s a big “if”.

What if they don’t? What do I mean? A publisher will sell to their audience, and that might be a great fit for you, but first you have to find one that will take you. And this isn’t just a test of quality, much of it is a test of the market — of the market that they know. And they’re a business, and as a business they have bottom lines to meet. Bottom lines that need maximum return. And for maximum return, you need a maximum-sized audience. But for every movie that crushes the box office, there are dozens of other films that come out that fill a different niche and are beloved by their smaller audiences.

Ever heard of a cult film? Small following, but rabid, and given the right circumstances: maybe just large enough to make someone some money.

And what happens when a publisher restricts your rights? Pulls your book from the shelf? Decides to swap covers to something terrible? What if you want to write a new novel in a new series, but they won’t take anything other than a sequel to the first?

In 2011 I made a blog post about this very thing. I ended up going Indie. You can read here why I first started down the path, and in the future you can see if it worked out. http://www.cliftonh.com/2011/11/veil-of-warrior-coming-soon-argument-to.html

Would I still consider traditional publishing? Sure. Anything is possible.

What do you think about the future of book publishing?
Fascinating. eBooks have revolutionized the playing field, who knows how it will pan out, but I expect paperbacks will become collector items and I hope that ebooks will become easier to transport.

I’m not a fan of how the current players have set the field to be store-specific. I don’t want to have to swap back and forth between devices or apps to read all my books. For mass appeal I think portability of collections will be important, and for the non-techie, there needs to be an option to pull this together. Yes I can probably convert most of my books over to a new device, but not everyone can do that, and I for one, don’t really want to have to.