You are here: Home / Interviews With Authors / Interview with Author – Christopher Mannino 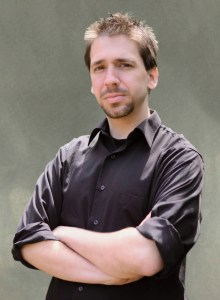 About Christopher Mannino:
Christopher Mannino’s life is best described as an unending creative outlet. He teaches high school theatre in Greenbelt, Maryland. In addition to his daily drama classes, he runs several after-school performance/production drama groups. He spends his summers writing and singing. Mannino holds a Master of Arts in Theatre Education from Catholic University, and has studied mythology and literature both in America and at Oxford University. His work with young people helped inspire him to write young adult fantasy, although it was his love of reading that truly brought his writing to life.

What inspires you to write?
I have dreamed stories since I was child. My series “The Scythe Wielder’s Secret” was largely inspired by a trip I took while studyig at Oxford University. I became stranded, alone, at Tintagel Castle in Cornwall. I crawled onto the cliffs at dawn, and watched the sunrise, while feeling utterly alone. That sense of isolation and beauty inspired “School of Deaths,” and the rest of the series.

Tell us about your writing process.
I outline to a degree, using handwritten notes. Most of my outline notes are images I want to incorporate, or events I forsee occuring. After that, I largely write by the seat of my pants.

For Fiction Writers: Do you listen (or talk to) to your characters?
I listen to my characters more than talking to them. The characters tell me what they want to do or say.

What advice would you give other writers?
Never give up. Not ever.

How did you decide how to publish your books?
I sought the traditional publication path, due to time constraints and the fact that I’ve read self-published books that I didn’t feel were up to the same quality as professionally produced books.

What do you think about the future of book publishing?
With the advent of self-publishing, book marketing in general is getting harder and harder. The market is absolutely flooded, and at the same time, the demand for new books seems to be shrinking, with more and more people turning to cell phones, internet, and video games for entertainment. With the world in our pocket, fewer people use books to dream, which is saddening.

What genres do you write?: Young Adut