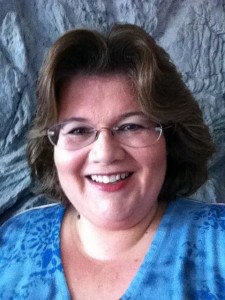 About Christiana Miller:
Biography
Christiana Miller is a novelist, screenwriter and mom who’s led an unusual life. In addition to writing for General Hospital: Night Shift and General Hospital, she’s had her DNA shot into space (where she’s currently cohabiting in a drawer with Stephen Colbert and Stephen Hawking), she’s been serenaded by Klingons, and she’s been the voices of all the female warriors in Mortal Kombat II and III. If her life was a TV show, it would be a wacky dramedy filled with Dobies and eccentric characters who get themselves into bizarre situations!

The best way to make sure you’re notified of future releases, giveaways and sales, is by joining her e-mail list (link below).

What inspires you to write?
Books have always been part of my life. I was a voracious reader and at some point, characters started popping up in my head on their own and playing out scenes. So I started writing them down.

Tell us about your writing process.
I do minimal outlines. I really need to work on that a bit more. But I’ve spent so much time outlining in my life, that I found seat-of-the-pantsing really fun, and then I didn’t want to go back to outlines. So, I try to do a hybrid of the two. Sometimes I do index cards, but I invariably lose them. I write in Scrivener, which is a really helpful (and inexpensive) program for writers.

For Fiction Writers: Do you listen (or talk to) to your characters?
Because I use a lot of humor in my writing, I really have to be in the right head space to get the character voices and attitudes right. If I’m in a good place, my characters talk to me all the time — and to each other. Sometimes, I feel like I’m just transcribing their lives rather than creating them. But if I’m in the wrong headspace or if I write something the characters don’t agree with, they refuse to cooperate with the story. They’ll haunt my dreams and tell me where I’m going wrong. And they’re usually right. It’s funny, when I’m not writing, I tend to either not dream or not remember my dreams. But something about the writing process makes my dreams go into overdrive.

What advice would you give other writers?
I have learned that sometimes, you just need to trust the story and let it go. I’m a compulsive rewriter, so it’s tough for me to stop rewriting. One thing I wish I had done over the years is keep a journal. So many things happen every day, and you have so many lightbulb moments over the course of your life, and if you don’t write them down, they’re all too easy to forget. That’s a lot of story fodder that’s buried somewhere in my subconscious. It would have been a lot more useful to have written it down. I’ve also learned that I have the best fans in the world. They’ve been amazing.

How did you decide how to publish your books?
I self-published my books, because I was tired of constantly turning my power over to other people, waiting for gatekeepers to approve me, so my life could begin. Nothing is more annoying than feeling like you’re always sitting on the sidelines. Self-publishing let me take control of my career and my life. I jumped into it as an experiment, and now I can’t imagine my what my life would be if I hadn’t taken that step.

What do you think about the future of book publishing?
I think hybrid authors are going to be the wave the future. I think Amazon is here to stay, and they’ll continue to support their indie and hybrid authors. I’m hopeful that other distributors will become as supportive. I think traditional publishing is going to continue to exploit the business models that have led so many indies to successful careers.