You are here: Home / Interviews With Authors / Interview with Author – Christian F. Burton 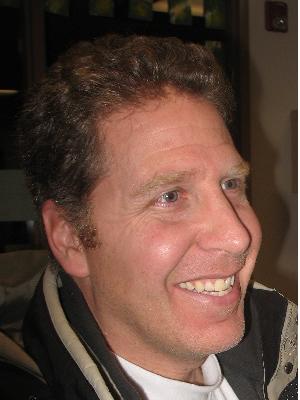 About Christian F. Burton:
I’m old enough to remember when gas was less than $1 per gallon. When I was ten, yellow ribbons were tied around the elm trees outside my elementary school during the Iran hostage crisis, and scary pictures of the Ayatollah Khomeini were constantly on display during the evening news. Gas prices rose dramatically. It seemed clear who was at fault.

Although my parents are very conservative, conservation wasn’t a dirty word in our household. When gasoline prices spiked during the hostage crisis, my family made the switch to more fuel efficient cars. I don’t recall this being some kind of political statement on my parents part. It was just a change that needed to me made. We scoured the car lots looking at the MPG ratings of all the vehicles.

Perhaps, this is because they grew up during the Great Depression and World War II. They remembered victory gardens and scrap metal drives. Although my father was an attorney, we had a big garden, we went berry picking, we canned, and we raised chickens. We saved, reused, and conserved. My mother knows how to darn a sock.

My older brother and sister attended college at the Air Force Academy, and I eventually followed. I was at the Academy during Operation Desert Storm. It’s an odd feeling watching a war and wondering if you’ll soon be joining it. As it happened, the fighting was over well before I joined active duty. However, the Middle East was our primary Area of Responsibility at my first assignment.

I spent 90 days in Saudi Arabia in support of operation Provide Comfort II. I was stationed in Riyadh, Saudi Arabia prior to the Khobar Towers bombing, so I actually got to see a fair amount of the country. My time there was insignificant when compared to the number of deployments that our military forces have had to endure since in Afghanistan and due to the 2nd Iraq War.

In hindsight, I never really appreciated the danger that I may have been in. The fact that we’d often have to wake up the Saudi guard when entering the USMTM compound seemed more like an annoyance than something of vital importance. There were two abandoned vehicles located in the compound parking lot the entire time I worked there. Our living quarters were a forty-five minute drive away at Eskan Village. It was common to see civilian vehicles parked just outside the perimeter fence of the village. Notionally, they were just trying to intercept the television signals that were transmitted across the compound. American movies, some R-rated, were often played.

I don’t want to give away too many of my observations about the country because they’re in the novel. Nonetheless, the gap between the haves and the have-not was very stark. In general, I was much more leery of the religious police than I was of the average Saudi Arabian citizen. I even bought Christmas ornaments from a local vendor while I was there. Almost twenty years later, I still hang the ornaments on our tree every year.

After serving in the Air Force for six years, I transitioned to civilian world and worked as a project manager for a major cell phone company. I caught the tail end of the dot-com bubble. It was a good time to be working for a technology driven company. However, I was downsized a few years later when the bubble burst.

Initially, I wasn’t too concerned. My wife had a good job, and I was preparing to become a stay-at-home dad anyway. Unfortunately, my wife lost her job as well soon after returning from FMLA leave. We were both out of work when the September 11th attacks occurred. Unemployed, with a six month old baby, I remember feeling numb as I walked out to check mail during the anthrax scare. Needless to say, it wasn’t the best time to be looking for employment. Luckily, my wife found a full-time job in October of that year, and I found part-time work as a swim instructor.

It’s strange to think that our nation has been at war practically throughout my eldest daughter’s entire life. Although, if you asked her about it, she probably wouldn’t even know it. While I may be romanticizing the past, the United States fought World War II as a nation. It was a team effort relying on substantial contributions from both the military and civilian sectors. Whereas today, our government tries to insulate the public from war. While politicians often cry for the public to rally behind our troops, true civilian sacrifices are not required, and subsequently, the national debt stands at over $17 trillion dollars.

During my lifetime, the United States has supported the Shah of Iran, Afghan rebels, and Saddam Hussein, all to disastrous effect. Over and over again, we make dubious foreign policy decisions in the name of Middle East stability instead of preparing our nation for the inevitable instability. When Iran’s monarchy fell, the United Sates was caught unawares. Will we be any better prepared when the Saudi monarchy crumbles.

What inspires you to write?
As a parent, you obviously want your children to have safe and prosperous future. However, as I look at the state of our nation, I don’t feel that the members of my generation have been the best stewards. I don’t always feel that my daughters’ futures are necessarily going to be brighter or safer. Our national debt puts future generations at a disadvantage and limits our ability to effectively respond to crises both at home and abroad. While I’m not necessarily a big JFK fan, we are certainly not a nation that asks what we can do for our country.

Radical Islam is a key factor in fomenting violence throughout the world. However, our nation’s inability to reduce energy consumption, diversify our energy mix, and limit dependence on foreign sources, puts a sword in the terrorists hands. Regardless of whether we get our oil from Mexico, Canada, or here at home, unrest in the Middle East still has a huge affect on prices. Yet, instead of doing everything we can to insulate ourselves from Middle East strife, we coddle, cajole, and cozy up to dictators and oppressive monarchs in hopes of maintaining the status quo.

Tell us about your writing process.
When I started writing, I had a number of key scenes in my head. After writing those, I worked to connect those key scenes together. I had a professional critique my initial draft. He told me to focus on my most compelling story line and create more tension between the hero and the villain. We cut a lot out of the book which in turn led to more writing. Cut. Write. Refine. Edit. Write. Refine. Edit. Edit. Edit.

How did you decide how to publish your books?
When I came up with the idea for my novel, I knew that certain aspects of the story would be somewhat controversial. While I made a lot of changes, after getting a professional critique of my initial manuscript, self-publishing enabled me to write the story that I wanted to write.

What do you think about the future of book publishing?
Ultimately, self-publishing enabled me to write the story that I wanted to write. However, given the explosion of writing that the self-publishing industry has created, it is difficult to differentiate yourself and stand out from the crowd. While traditional publishing still has the upper hand in terms of marketing authors, self-publishing will continue to gain ground as readers gain confidence in the quality of the self-published product.