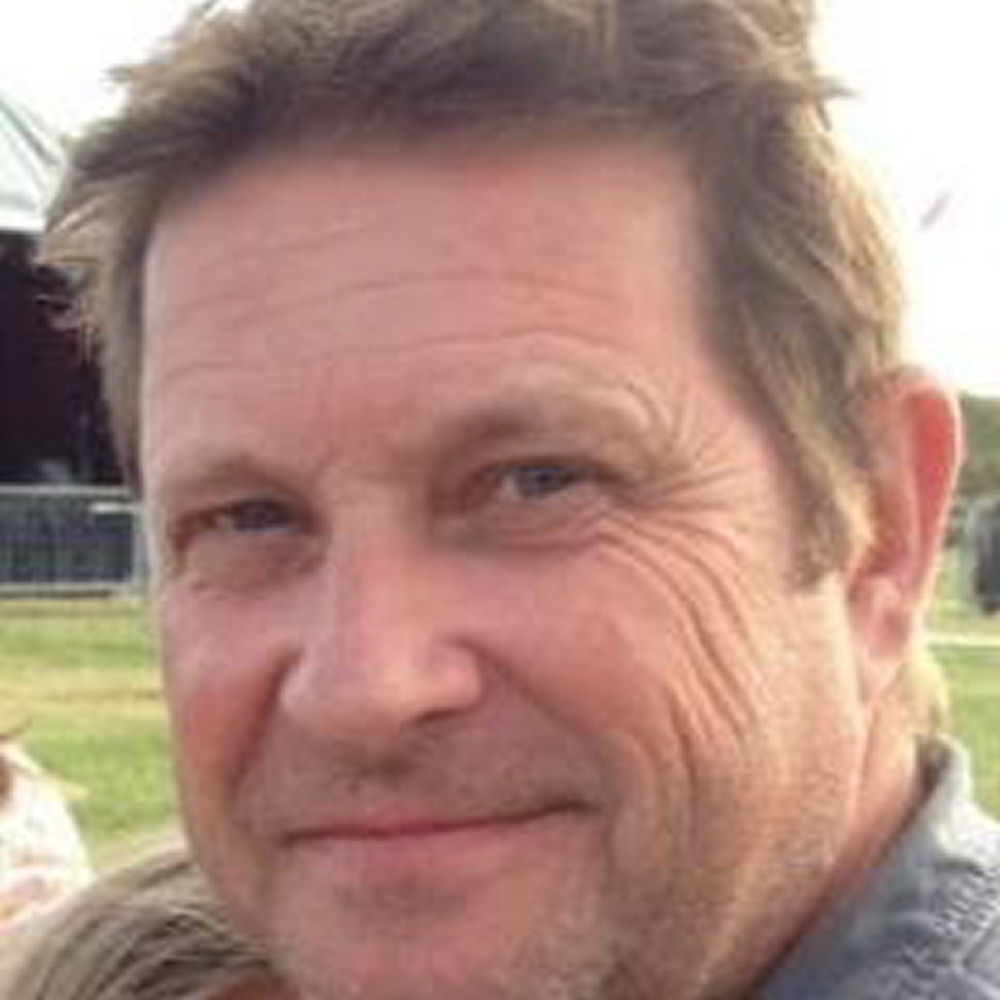 About C.M.Gray:
Born in Essex, England with a heavy dose of ‘travel lust’, C.M.Gray has since been lucky enough to live and travel in many countries around the world. In fact he has lived for more years outside of England than he has living there! Working as a carpenter, fruit picker and even a stint in stock brokering, he has called home Buddhist monasteries in the Himalayan Mountains, the clamor of central Hong Kong to a farm in deep rural Burgundy.
Forever vowing to return and sink his roots once again in English soil… some day, he hasn’t quite made it back yet, but does live a little closer these days; just outside of Barcelona in the middle of the forest with his dogs and two wonderful children.

C.M.Gray’s writing is mostly fantasy and many of the experiences he has had in Asia, Africa and the middle east come to life in his writing. The Flight of the Griffin, a finalist in The Times/Chicken House literary competition 2013, follows the adventures of a group of young friends as they battle demons and bandits on a magical quest to stop the world from tipping into Chaos. Shadowland blends fantasy with history as an old story teller takes his audience back to Britain’s dark ages and the birth of the Arthurian legend.

What inspires you to write?
I remember well the moment I became a writer. Just a few years ago and I was coming home after a day of working hard and collapsing down in front of the television set, like a lot of people I guess. Remote control in hand I would surf the abundant list of channels, detuning my brain for four or five hours every night watching programme after programme. Nothing new you say? Loads of people do the same thing, right? Yes, but I was lucky to get a wake-up.

One night a friend stopped by and asked what I was watching… I thought about it, but I couldn’t remember! I just couldn’t bring to mind what I had been watching, or what the programme before that had been either. We laughed, but it kinda shocked me – I didn’t know it at the time, but it was my wake-up call.

A few nights later, I started to do the same thing, but then I stopped, thought about it, and turned off the television. Surely there was something a little more I could do with my life, my free time? I sat at my laptop, opened up a clean Word file (I don’t think I ever used Word before this!) and stared for a while at the blank screen… ever done that? It was quite daunting…

I’ve been a reader for years, since I was about eight I read everything from Enid Blyton to Stephen King, surely I could write a story, just a little story? The icon pulsed on the blank screen, teasing me.
Tolkien was my first taste of fantasy, which I guess was rather apt considering he was the inventor of the fantasy genre. After Tolkien I devoured books by David Gemmel, Michael J Sullivan, Raymond E. Feist, Robert Jordan and many more… I felt comfortable with fantasy, but how do you write a book?

So I decided to just start with a first line…

The floorboard creaked under the sole of his felt boot – a calculated risk whenever entering a sleeping man’s room uninvited.

Which I thought was pretty cool. It set me up and asked a question, who was this creepy person that had entered some poor person’s room uninvited? So I continued writing, eager to find out who these people were and what was happening.

That’s how I write.

Tell us about your writing process.
There are a lot of books and courses telling you how to write, how to set everything up, how to plan your story, build the characters and know before you start, how it will end. I have to confess I don’t do any of that. I don’t plan anything, I don’t use a white board and most of the time I don’t really know where the story is going, I just sit back and watch what happens, following my characters through their ups and downs, usually not knowing what’s really happening until it takes place, not really knowing how it’s even going to end. I write to entertain myself and if it feels boring, I go back and find where I went wrong and take the characters in a different direction. Most of the time they are whispering to me to just let them go, and so I just follow on, reporting their exploits and just keeping a record.

For Fiction Writers: Do you listen (or talk to) to your characters?
Absolutely I talk with my characters! I think if you have strong characters they are shouting to be heard and who else is there to listen to them? My first book, The Flight of the Griffin, was a finalist in The Times/Chicken House literary competition 2013, it was my first sign that I was doing something right. The main characters in this story were talking to me at all times of day and night, fighting to get out onto the computer screen so that they could complete their quest or attempt to destroy it…. depending on who was shouting loudest of course!
In Shadowland, my second book, Uther Pendragon called to me for many different reasons while I was writing. He had a very confused assent to his throne and needed all the help he could get. He made it, with a few casualties on the way, but with currently 213 reviews on Amazon, and an average of 4.3 stars, most readers get drawn along with him too, it’s now their turn to listen.

What advice would you give other writers?
Enjoy the process of writing. Do it for yourself and not because you want fame and fortune, there isn’t a lot of that out there for writers, but the good news is writing a book is an amazing experience so enjoy it, that’s the most important thing.
Once you have written your book, the hard work begins… what? you thought you had finished!
Now you have the editing and rewriting and editing and rewriting on and an etc etc It is the part I found extremely difficult after my first book, but it was also where my greatest learning curve came in.

For me, the writing is a blast. It’s like watching a great film, reading a fantastic book and playing the very best computer game all rolled into one. I get to nudge my characters in certain directions and then watch over them while evil is lurking in the margins waiting to jump out.
The best advice I can give to aspiring writers, those blessed with an imagination, would be throw away the rules and just let it flow, write with joy and give your characters the room to amaze both you and your readers!

…and then get an editor, because you may think it’s edited, but it really isn’t. A good editor is going to punch it full of holes and help you put it back together properly. If you just go it alone, you will have to leave it up to the first few reviews that come it to tell you exactly where your mistakes are and what a fool you’ve been! To be honest, after reading your book several times, you just go blind to the most stupid of typos!

Also, get a proper cover!
You spend all that time writing a book and then get your sisters boyfriend to make a cover just because he has a camera and a computer!
I use Adi at adipixdesign and I couldn’t say enough good things about her and her work. She is a pleasure to work with and an awesome designer!

How did you decide how to publish your books?
Well, first I went the traditional route and managed to get a good London agent (I’m an Englishman living in Barcelona Spain, which is another long story) and she soon had my first book The Flight of the Griffin in an auction between two of the largest publishers. We were talking US rights, then European rights and then, how exciting, film rights etc etc, I was dancing all over the place, can you imagine! I was the next huge discovery! The latest J.K.Rawling!!! but after a couple of months, it all kind of blew up, which was confusing and made me upset with the whole publishing world for a while, so I sacked the agent and decided to self-publish.
Being in command of my own destiny was great for a while. I was selling more and more books and building up my writer’s platform with a webpage, Twitter and Facebook accounts as well as having a growing presence on Goodreads of course, all of which are necessary regardless if a writer is self-published or has gone the traditional route. But I’m still learning a lot and have now signed up with a publishing house called Creativia which is going really well! I’m still gathering fans and writing what I want to write, so I’m happy.

What do you think about the future of book publishing?
I love my kindle, I didn’t think I would. I read proper paper books for years and loved the feel and smell of them. I didn’t think kindle could replace proper books and, to be honest, I don’t think it will. Kindle and ebook readers are here to stay, they are far too convenient not to, but a proper book will always be made of paper so I think there is and will remain a balance between the two.
There are an awful lot of really bad self published books, badly written and badly edited, so I don’t think that self publishing will do away with traditional publishers and editors, but I do think there has to be another process of helping the better written self publishers shine out more, because there are some awesome self published books.
Different systems are coming put all the time so we will see. For right now, the Amazon rating system does a pretty good job, if a book has more than fifty reviews and the average hasn’t slipped below four stars, I think the book is probably worth reading., it’s getting those first reviews that is tough.

What genres do you write?: Fantasy and Historical Fantasy