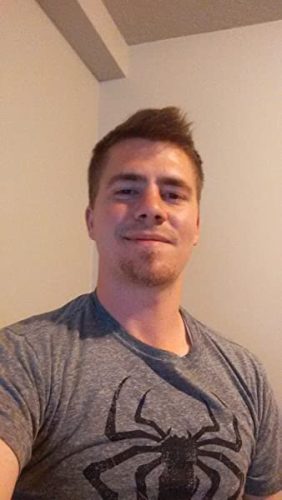 About Alexander R Davis:
I love stories, movies and books alike. Though it may sound silly or cheesy, I actually learned many of my morals from the heroes in books and movies when I was younger. People have teased me about being a knight, more than once, haha. Because I saw how much of an impact stories had on me, I wanted nothing more than to be able to do that for someone else!

A story has such power to change. There is something about them that can touch hearts in a way that simple facts could never do. Textbooks are great, but they don't hold a candle to the books that teach lessons through stories. I realized early in my life that stories are the best way to really teach and have an impact on lives. Think about some of the greatest speeches you have heard. Think about the lessons that really stick with you. Very often there is a story tied in that drives the lesson home. Even look at some of the greatest teachers. Look at Jesus, Gandhi, buddha, or even the best school teachers. They have a message, and they share that message through stories.

Knowing the impact I could potentially have I looked into becoming an author myself. I wanted it so badly, but for over a decade I had done nothing with it. I searched in the self development world for the answer. After a lot of study, I found that I had a belief that told me: "dreams are something to look forward to, but not have. They are something to see, but not touch." Wow. When I came to this realization, it changed everything!

I worked on this belief and cleared it away. As soon as I was free of that limiting belief, my dreams became reality. In a decade nothing, and then in a year and a half, I published 6 books! Can you believe that? If I hadn't experienced it, I would have laughed if someone told me what was going to happen.

You may ask: why should I care about all of this? I have an answer for you. If this unknown guy from a little unknown town could reach his dreams, then so can you. You CAN and WILL succeed!

What inspires you to write?
There are 2 big things, and a lot of little ones, but those 2 big ones are:

1. I've been touched by books before and they have had a major impact on my life. Because of that I want to do that for someone else.

2. I almost feel called to write. I actually feel guilty if I'm not writing.

Tell us about your writing process.
My writing process is… not much of a process haha. I'm more of a pantser. There are really only two things that stay consistent in my process if it can be called that. The first is that I listen to music that has no words while I write. The second is that I always try to write in the same place.

For Fiction Writers: Do you listen (or talk to) to your characters?
It's not a common thing for me, but there are times when I get really into the zone where it's like I am one of the characters in the book and I will say their lines out loud.

What advice would you give other writers?
Feedback is a good thing, even when it hits a bit of a nerve. 90% of the time when people are giving you feedback, unsolicited or not, it is because they honestly just want to help. So take a look at feedback, criticism, or whatever you want to dub it as. There can be gold hidden in those comments and questions. It really can help your writing. And As for the stuff that simply isn't helping, discard it and move on.

How did you decide how to publish your books?
I originally tried to get self published, but when that didn't pan out, I went the self publish route through amazon. I knew that regardless of whether I was picked up by a publisher or not I wanted my books published. So, I made it happen myself.

If your a good marketer I would say to go for self publishing 100%. The reason being that you will get much more profit in your pocket. If your not, then I would suggest you at least check out traditional publishing first.

What do you think about the future of book publishing?
I think it will turn more and more into the self publishing realm and be more about marketing than anything else. The days are going if not already gone when you can simply write a great book for people to buy. No matter how good the book is, there has to be marketing to get it seen.

What genres do you write?: Fantasy. Action. Adventure. Self-Help. Inspirational.