You are here: Home / Bargains and Freebies / Bargain Books Under $3 / Descendant by Nichole Giles 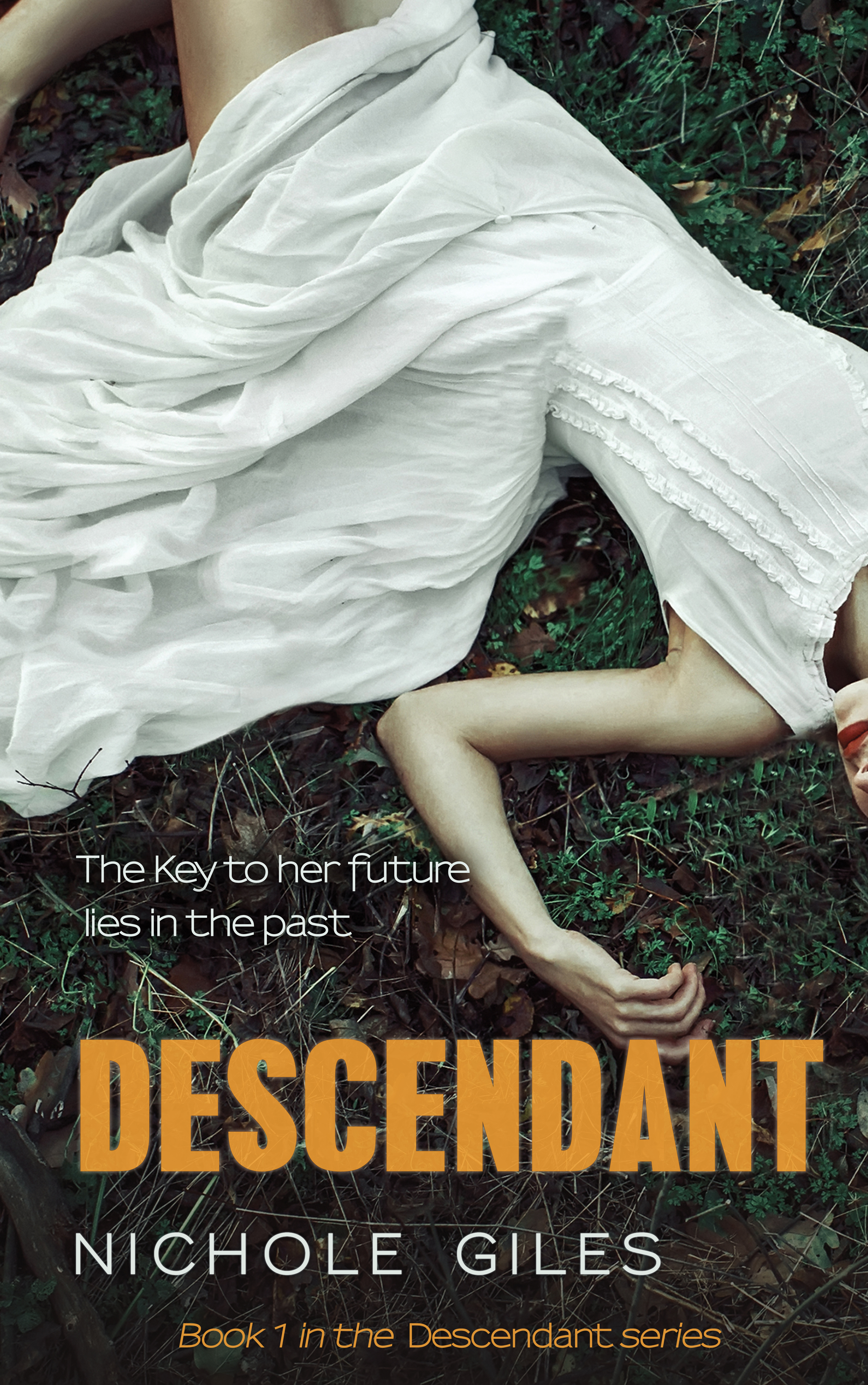 Blessed—or cursed—with Sight and Healing, Abby lives an unsettled life, moving from place to place and staying one step ahead of the darkness that hunts her. When she arrives in Jackson, Wyoming, she is desperate to maintain the illusion of normalcy, but she is plagued with visions of past lives mixed with frightening glimpses of her future. Then she meets Kye, a mysterious boy who seems so achingly familiar that Abby is drawn to him like he’s a missing piece of her own soul.

Before Abby can discover the reason for her feelings toward Kye, the darkness catches up to her and she is forced to flee again. But this time she’s not just running. She is fighting back with Kye at her side, and it’s not just Abby’s life at stake.

What Inspired You to Write Your Book?
When I first began writing, I discovered that all my stories and all my characters were young people who were sort of coming into these amazing, mostly undiscovered abilities. After a couple of extremely poor attempts at creating a coherent, interesting fantasy story, I decided I needed to learn some things and registered for my very first writing conference. There, I attended several classes on characterization and story, which helped me discover my main characters and their goals. From there, I wrote a very rough draft that was very different from the story you get to read. This book went through at least 20 heavy revisions. Most authors would have scrapped it and moved on, but for some reason, this story wouldn't let go of me. And I'm really glad, because it is also the first novel-length work of mine that was represented by an agent and contracted by a publisher. When that happened, I knew I had to finish the series, and though the next two books were not much easier to write, I'm really glad I saw this story to the very end.

How Did You Come up With Your Characters?
In answering the last question, I mentioned attending a writer's conference. Well, the truth is, I didn't only attend one. That year I attended lots. Every one I could find in my area. And with each class and each brainstorm, these characters became more animated and real for me. At one point, I delved into the background of the main characters, and in doing so, discovered what role each of the characters (main characters and supporting) would play in the final outcome. Writing this book was an enormous learning experience for me, and it happened over a five+ year period, and that does not include the time spent writing the second and third book in the series. Needless to say, I got to know these characters very well.

Book Sample
Following his directions, my classmates and I stand with our feet shoulder-width apart, eyes closed, and sweep our arms in circles, aiming first at the floor and then moving toward the ceiling.

“Push out all the dark energy, and pull in your chi,” Mr. Akers says in a soothing voice. “Pull in the light, the good, and the happy. Concentrate. Breathe in the positive.”

Until the door behind the stage slams open and a burst of frigid wind hits me from behind. Shivering, I turn toward the source of the distraction.

Someone forces the door closed, pushing hard until the latch clicks. He’s standing in the shadows, so I can only see his outline, but my breath catches when he steps into the light and tosses his coat on a chair. His hair is short up to his ears, but from the top grows long enough to wave softly around his face. Smooth skin stretches taut over the lean muscles in his arms. This guy works out. My heart stutters when our eyes meet. His are pools of the clearest blue I’ve ever seen—a blue that seems to pierce straight through my soul. A spark of familiarity races down my spine. I know those eyes from somewhere.

Why won’t my heart beat normally?

“Glad you could make it to class, Kye.” Mr. Akers doesn’t even have to look; he already knows who just came in. He continues to lead the Thai Chi movement as if there was never an interruption. “I assume you have a good reason for being tardy?”

“Yes, sir, I do.” Kye’s voice is musical. And familiar. He’s the guy who was talking to Mrs. K. in the office, but that’s not all. I could swear I’ve seen him before, heard his voice before. “I can get a note if you want,” he says, tearing his eyes from mine. “Val sends his regards.” He takes a place on the stage, far away from me, assumes a Thai Chi stance, and mimics our movement like he’s been doing this his entire life. His breathing is even and slow, as if he hasn’t just come bursting in from the Arctic. As if he isn’t as affected by me as I am by him.

Mr. Akers opens one eye and peers at Kye. “I see.” Kye nods and Mr. Akers closes his eye again and finishes the warm up session—apparently needing no further explanation. My intuition spikes and I’m curious. There was something in the look they exchanged, but as hard as I try, I can’t figure out what.

I try to see into Kye’s energy field, but I can’t. For some reason that has nothing to do with the stage lights, I can’t see Kye’s aura at all.

For joining the author’s email/newsletter list you will get:
Email subscribers receive news of new books first, are able to pre-order before the public, and are often entered into exclusive contests simply for being signed up.