You are here: Home / Bargains and Freebies / Bargain Books Under $3 / Demon Retribution by Kiersten Fay

Whisked away from her home planet after a mysterious invasion, Kyra has concealed herself on Earth for the last four centuries with no hope of returning home. That is until the appearance of a mysterious and sexy demon, claiming to have been sent by her family. With danger drawing near, Kyra must set aside years of mistrust and put her life in Cale’s hands.

Sent ahead of his ship, Marada, Cale must locate and protect the third Faieara Princess from those who seek her capture. He expects the retrieval to be effortless and Kyra to be a timid reflection of her sister, Anya. What he discovers instead is a strong, beguiling female who forces him to question everything he has ever known. 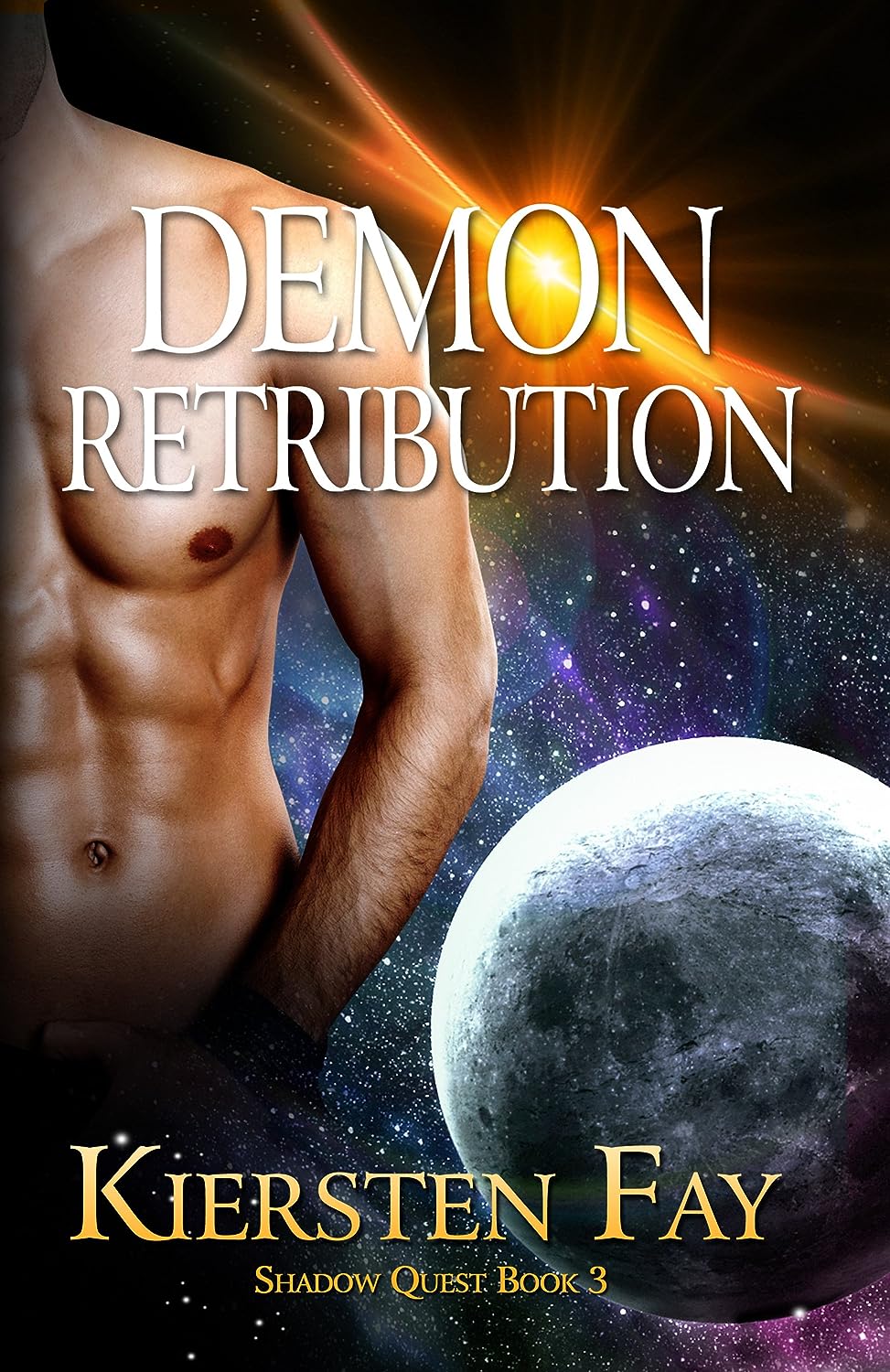 How is Writing In Your Genre Different from Others?
Writing paranormal romance is just fun. I invent a myriad of different worlds and am able to show them to those who are interested. The fans are the best! Just as obsessed with the genre as I am.

What Advice Would You Give Aspiring Writers?
Don’t be scared to dive right in and put everything out there.

What Inspired You to Write Your Book?
I had this story in my head for quite some time, almost haunting me, until I finally expelled it by way of endless nights of typing.

About the Author:
Kiersten Fay is the author of the steamy romance series, Shadow Quest, in which she combines paranormal and sci-fi with loose concepts from lore and mythology. In 2013, her short story, Racing Hearts, was published in The Mammoth Book of Futuristic Romance. In 2012, via gravetells.com, she won Favorite Story of August 2012 for Demon Retribution, the third book in her Shadow Quest series, and received a nomination for favorite author in that same year. Before becoming an author, Kiersten worked as graphic designer, and now loves creating her own book covers.

While fully intending to continue her popular Shadow Quest series, she is currently working on a new dark fantasy series called Creatures of Darkness, set in a post-apocalyptic world where vampires openly mingle with humans, featuring magic, witches, vampires, and whatever else she decides to throw in.