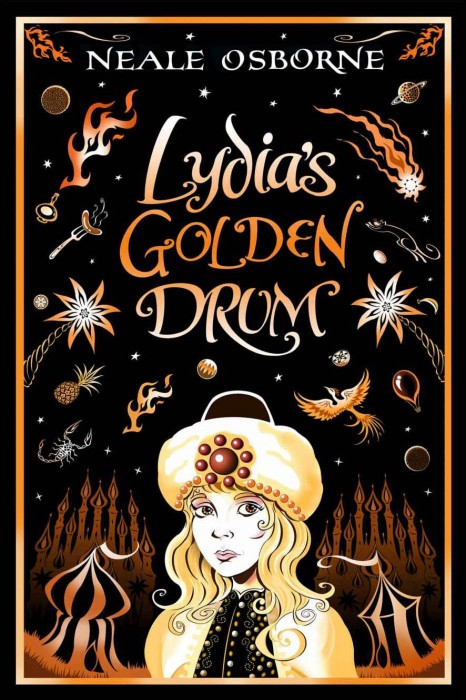 Comments about cover design
This e-book is the sequel to my published debut ‘Lydia’s Tin Lid Drum’, and so the design had to be in keeping with that original book jacket. For the first cover, the colors (and ‘tinny’ foil effects) were added by my art director at Oxford University Press, and the lettering was by calligrapher Stephen Raw. For this self-published e-book, though, I was on my own, producing each element of the artwork separately in black-and-white, then adding ‘burnished’ effects in photoshop, and placing my own ‘Golden’ letters within the original calligraphy. The whole process took weeks of tinkering and dramatic ‘rethinkering’ to balance the many decorative elements and capture the spicy, fiery exoticism of this Arabian Nights-inspired tale.