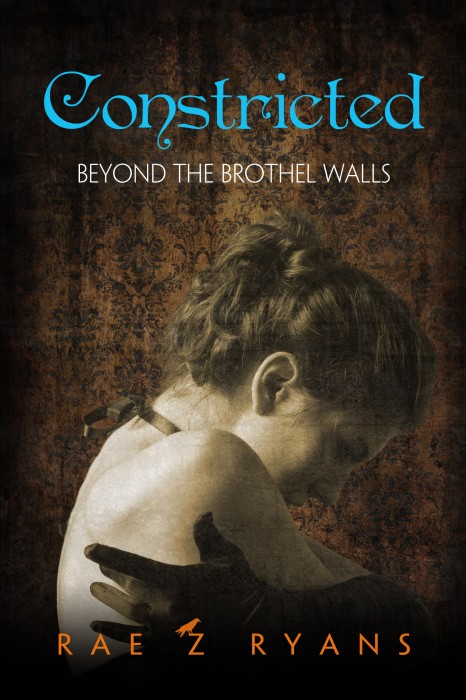 Comments about cover design
The inspiration came from the story itself as well as the title. I was lucky to find a designer that listened to me and guided me without pressure. Constricted is a light steampunk, paranormal romance set in a futuristic dystopian world that has reverted back to the technology of the late 1800’s. As a genre masher, I needed to bring all of those elements into the cover without cluttering or confusing the reader. I think we did it fairly well by portraying the MC on the cover in a rather confined pose. It’s a character driven book of self-discovery and of course it’s romantic, but this isn’t your average romance read either.