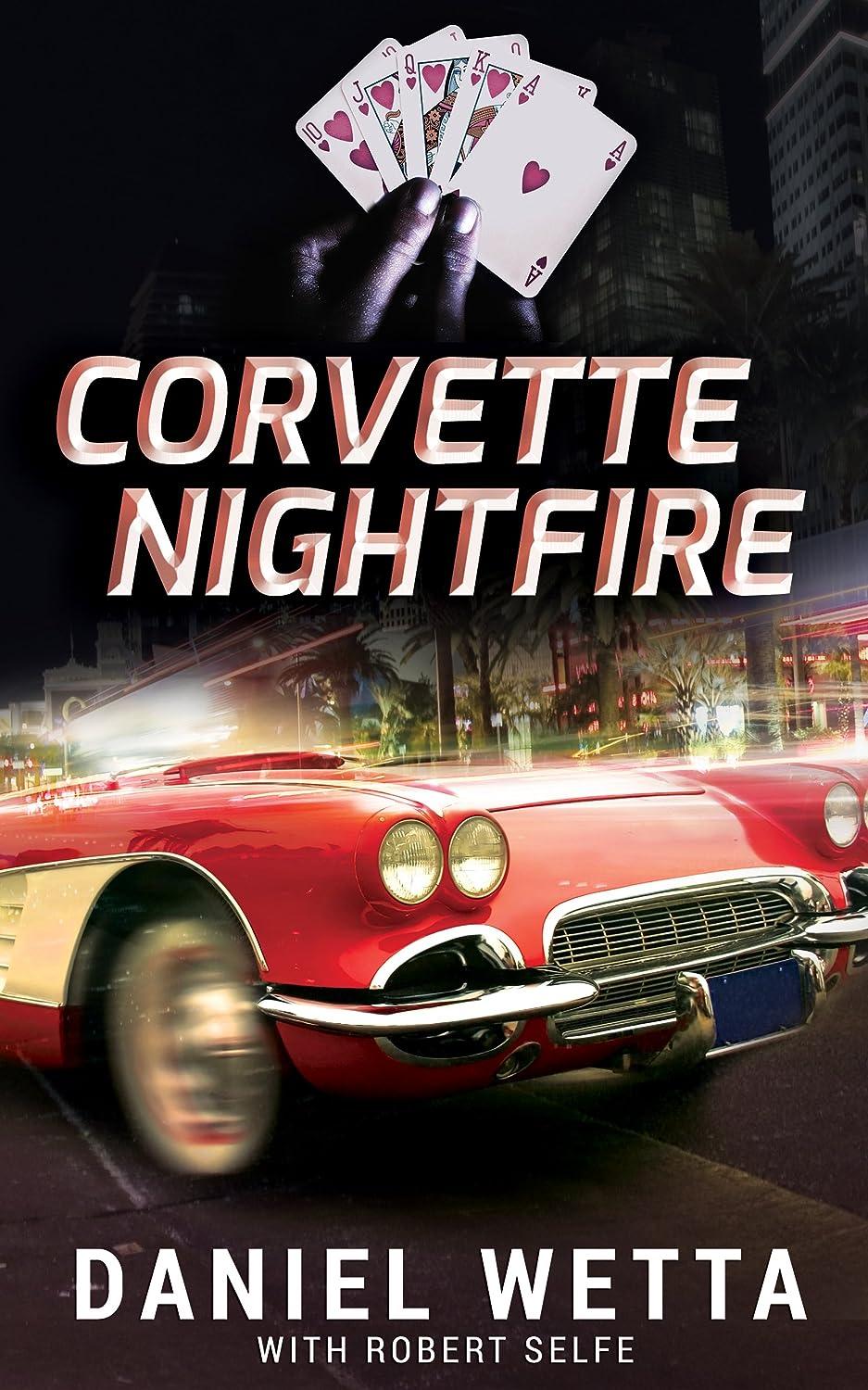 Can just one dance change destiny? Only the Queen of hearts knows!

As Corvette Nightfire approaches the casino in Las Vegas, the doors burst open to the sound of gunfire. A beautiful woman rushes to him and thrusts a heavy bag into his arms. Instructing him in Spanish, which he doesn’t understand, she runs past him to a waiting car. A professional poker player in town to play in the Final Nine in the World Series of Poker, Corvette soon discovers that he is inexorably connected to Valentina, this exotic woman who has just put his life into a tailspin. He disappears into an international vortex of intrigues, a complex world of ordinary heroes and heinous cartel thugs, in a desperate race to find and save her.

They can’t speak each other’s languages, but on the romantic evening on which they meet, Valentina tells Corvette her story through dance images. She portrays an animal spirit, an amber-eyed black jaguar that Corvette must ride to find the woman he inexplicably loves. His heart reveals that the millions of dollars in prize money in the tournament mean nothing compared to Valentina’s life. Not understanding what is guiding him through the vortex, Corvette comes to an unexpected destiny, one of reconciliation to generations of family sins.

What Inspired You to Write Your Book?
I lived in Mexico in 2009 and 2010 and suffered the murder of a young friend who was kidnapped, tortured, shot, and left in a vacant field in his home city of Monterrey. Israel was a bright and handsome college student. The mistake that cost him his life was to meet the wrong person at a party: She was the estranged wife of a drug cartel leader in Monterrey, but she didn’t tell Israel. Their flirtation put an end to his life and the dreams for him of all who loved him. I was aware of the violence in Mexico when I arrived and tried to stay alert. After I came to make friends and saw that they courageously lived their lives in a world abundant with daily horrors and impunity, I realized how safely we lead lives in the United States. I learned that we know so little about how we contribute to problems in the country to the south of us.

Israel’s murder began to haunt me a little more each day. I couldn’t forget him. I spent two years researching and understanding the violence of organized crime, especially that of the drug cartels throughout Latin America and the United States. I found out that on the demand side, the people in the United States purchase the majority of drugs coming from the Mexican cartels. On the supply side, our country is the biggest supplier of illegal weapons used by these cartels. These weapons have been responsible for at least 100,000 deaths in Mexico in the past seven years. Even the casual marijuana enjoyed in social gatherings in our country arrives to us with a lot of blood on their leaves. We don’t think about that at all.

The result of my time in Mexico is the publication of two novels that honor the ordinary heroes who fight crime: The Z Redemption and its sequel, Corvette Nightfire. Working with the editor and story contributor, Robert Selfe, I have tried to write novels that are hard to put down, that explore the psychology of the characters, and that are just plain fun to read. In other words, the kind of books that I enjoy reading.

How Did You Come up With Your Characters?
Several of the characters are based loosely on real people whom I knew in Mexico, or they are conglomerates of a couple. I felt that the people of Monterrey were “ordinary heroes,” and I created characters to honor them. Corvette Nightfire is an all-American creation who loves cars, women, and plays in the World Series of Poker in Las Vegas. He is an exaggerated version of me and definitely younger.

Book Sample
He never anticipated what would happen to him, but he felt the stirring of it when he flew over the border that first time, landed in Monterrey, and saw the streets of Mexico from the back seat of David’s old Camaro. It was as if the Mexican half of him, asleep all his life, woke up, and from that moment he began to see and understand the world through Mexican eyes. He saw Mexico.
No, not Mexico…México, he told himself.

He thought about that first car ride and the symbolism of it: he was in Mexico, riding in an American car with a gringo owner and a young Mexican who was wary of him. He knew that David came from Virginia, once a British colony. Corvette’s mother was British. When he thought about that ride, he imagined that the car was a capsule for the transfer of his destiny. Before, he had been a self-absorbed but sensitive kid who lived in a limited world defined by the poker circuits. The rules were clear and relationships lasted the length of a stay in a city. He had been comfortable in that world, a world he could predict through his instinctive knowledge of the probabilities of getting a poker hand. His anxiety level rose and diminished in inverse proportion to the size of his bank account. That mattered to him only because he needed money to play the game. That was all he knew.

Now things had changed. He actually had a friend. A Mexican friend. And even though Corvette and Enrique had met acting like two snorting rams facing each other with lowered heads, Corvette knew something deep in his heart. He had liked Enrique from the beginning. He liked everything about him: the way he looked, his style, his sullen reserve, the coiled power of his lean physique, his confidence, but mostly his courage and heart. Enrique was a man. He was deep in the ways that Corvette wasn’t. Corvette suspected that Enrique’s maturity had come from a lifetime of seeing the world through Mexican eyes. He realized that he, too, had Mexican eyes, but he was using them for the first time. He needed Enrique. He trusted him. Enrique had told him that he would look out for him. Then he had spent the time of the last intense days putting Corvette in situations that would forever change the way Corvette felt about life.

About the Author:
As for my bio, I am a retired Certified Public Accountant who spent most of my career in the health care field. For twenty years I was the CFO and then CEO of a Virginia hospital and nursing home in a large healthcare company. I wrote short stories as a young man, and at the College of William and Mary I really learned to write. I received my undergraduate degree in History there. Later I went to graduate school at Virginia Commonwealth University, where I got a post-baccalaureate certificate in accounting and then my Masters in Business Administration from the University of Dallas. I am a life-long lover of Corvettes, Las Vegas, and living on the edge. I am in love with my family, and I am passionate about United States and Mexican history, the Spanish language, and using social media.